The empirical evidence does not support the thesis that the income from remittances ends up in the hands of the Cuban government. 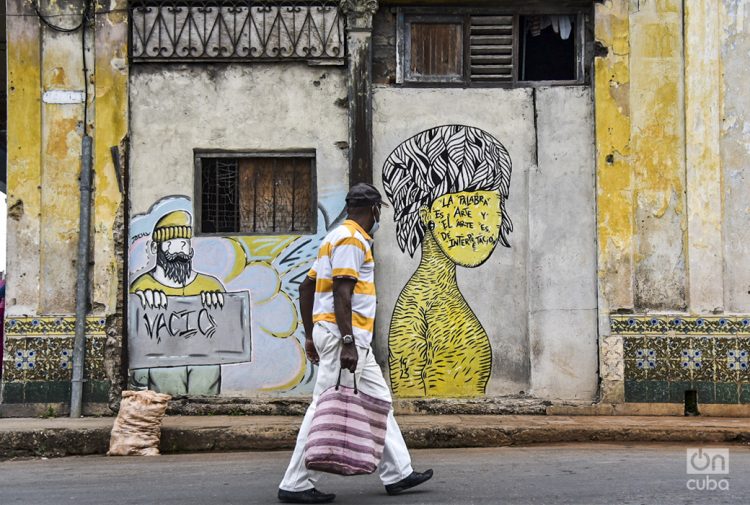 Two pieces of news fueled hopes that an agreement could be reached between the U.S. and Cuban authorities to resume formal channels for sending remittances. The Biden administration stated that it is evaluating digital payments to facilitate the transfer of money from the United States to Cuba. The Central Bank of Cuba gave an operating license to the Orbit entity to process international transfers, which would represent an alternative to Fincimex, which is among the entities blocked by the State Department and which for years operated as a balancing entity for Western Union.

Implementing a formal financial channel for remittances today is complex. On the one hand, the CUC no longer exists, the option that was used for years to deliver cash remittances. On the other hand, the option of delivering physical dollars is not feasible, given that it would go against the grain of the latest decisions of Cuba’s monetary policy in relation to physical dollars: the Central Bank of Cuba’s prohibition on the acceptance of physical dollars by the financial system since June 2020, and the extension of the so-called freely convertible currency stores, which also do not receive dollars in cash.

Dismantling these decisions in relation to physical dollars should not be possible, since the Central Bank of Cuba argued that the cost and risk for Cuban banks had grown too much at the time of placing physical dollars in the international financial market.

Delivering remittances to families in Cuban pesos is also not a viable option because the official exchange rate of 24CUP:1USD (which would be used for conversion) is far from the market rate with which households and the private sector are operating in the informal market (about 100CUP:1USD). No one in Cuba wants to exchange their dollars for the 24-peso rate.

Therefore, the statements of the Biden administration are not surprising. Indeed, given the current distortions and characteristics of the Cuban money market, digital payments seem almost the only viable alternative — another option, albeit an unlikely one, would be to deliver euros or other currencies in cash to families.

Two fundamental challenges are looming for the implementation of digital remittance payments. The first, that they be accessible to all Cuban families, taking into account the limitations of the country’s telecommunications infrastructure. Technological gaps should not determine access to remittances.

The use of digital wallets, cryptocurrencies and P2P transactions could be among the variants under study. Allowing the participation of Cuban nationals in exchanges (which make it possible to exchange cryptocurrencies for foreign currency) could be a step taken by the U.S. administration in this regard. Removing obstacles for Cuban nationals to operate transactions involving U.S. financial institutions could be another measure under consideration in order to facilitate operations through the conventional financial system.

On the Cuban side, the use of new digital payment methods would have to be formalized and extended, something that has as one of its hindrances the technological backwardness of the national financial system. On February 12, President Diaz-Canal himself harshly criticized the officials of the Cuban banking and financial system: “Reflecting on current trends, such as cryptocurrencies and other aspects of digital banking, Díaz-Canel pointed out that in this sector the world moves at one pace and we at another.… Cuban banking is still in a primary system. They have an understanding of the problem, they have structured and assembled the route for its solution, but they still are not able to solve it….”

The second challenge is to ensure that, through digital payments, remittances have the same spillover effect on the economy of families and the private sector as the effect that cash remittances have had in the past.

It can be estimated that the value of remittances (2005-2020 average) represented around 6.8% of Cuban GDP measured in dollars. It has been the most stable and important flow of resources in the economic exchange between the United States and Cuba, which exceeds the values ​​of the food trade and the income associated with U.S. visitors.

What do the data say?

In estimates that I recently published in the Elcano Royal Institute, I found that the limitations/flexibilities on remittances from different U.S. administrations, in the period 1994-2020, tended to affect above all the dynamics of family consumption, and the private sector’s sales and employment. However, I did not obtain from the data analysis that changes in remittance flows have had a statistically significant impact on indicators of the state economy.

Although this result may be surprising, it is consistent with the fact that the Cuban State can reorient international alliances, manage the fiscal budget and regulate the economy to minimize the impact of sanctions on its priority enterprises and projects. Families and the private sector, on the other hand, have a more limited margin of action to diversify, their dependence on financial aid from the Cuban community in the United States is much greater.

Remittances have proven to be a source of resources that, above all, boost the private sector and family consumption.

For example, from 2009 to 2015 they presented their highest sustained growth in the last three decades, with an average annual increase of 12.8%. In this same period, employment in the private sector grew at an annual rate of 20% and consumption in private markets grew at a rate of 18%. While, in this same period, total state spending within the GDP only increased at an annual rate of 0.3% and fiscal spending (State budget) decreased by an average of 2.9% each year — it went from representing 78% of GDP in 2018 to 63% in 2015.

The empirical evidence does not support the thesis that the income from remittances ends up in the hands of the Cuban government.

In the document that I published, I show that these relationships are not casual, but that they can be confirmed with econometric models under the theoretical logic of balance of payments restrictions and using exports as a control variable, which allows discounting the effect of other economic shocks (omitted variables) that may affect the variables in the models.

Obviously, given the weight of state enterprises in the Cuban economy, it is impossible to prevent the resources received by families from being connected to the state economy in some way. There is no possible design for remittance payments that can completely eliminate this connection. However, under this logic, it could also be argued that the improvement of the state economy benefits family consumption and the development of the private sector, even more so now that MSMEs have been authorized and connections between the private and state sectors are encouraged.

What seems most relevant to the discussion is that remittances are a flow of income that reaches families directly (commissions from state financial intermediaries are not high), that stimulates the consumption of families and the private sector, and that It has not been decisive for the evolution of the government’s finances, given that it has a greater margin of maneuver to avoid the impacts of the sanctions. And all this can be tested econometrically with data.

Therefore, a change in the Biden administration that favors these flows would be, above all, a relief to the precarious situation in which ordinary Cubans find themselves and support for private small and medium-sized enterprises.