The participants in the criminal network, led by a Cuban resident in the United States, were in charge of receiving and marketing synthetic cannabinoids in the Cuban capital, a substance commonly known on the street as “chemical.” 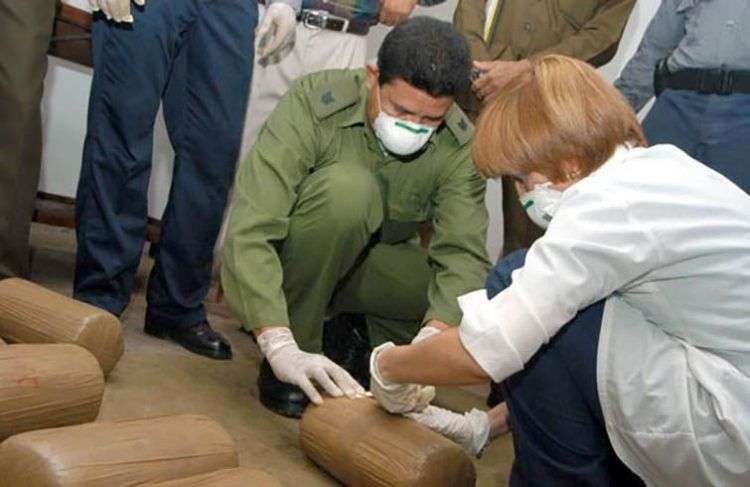 Forces of the Cuban Ministry of the Interior (MININT) recently dismantled a network organized by a Cuban resident in the United States to distribute synthetic cannabinoids on the island, according to official media reports.

The members of the criminal network were in charge of receiving and marketing the drug in the Cuban capital, according to statements made to the National Television News (NTV) by Captain Arnaldo Ramos Maqueira, the main instructor in the case.

“Based on the investigations, it was learned of a Cuban resident abroad who was persistently sending drugs of the synthetic cannabinoid type, commonly known on the street as a ‘chemical,’ to national territory,” the officer explained.

Ramos Maqueira pointed out that those involved used double-bottom bags to hide and introduce this designer drug into the country, whose effects are similar to those produced by Delta-9-tetrahydrocannabinol, the main psychoactive component of the cannabis plant, popularly known as marijuana.

The information broadcasted, however, does not provide details on the identity of the leader of the organization or its members, nor on the amount of drugs that they managed to distribute in the country.

On the other hand, the report criticizes the position of the U.S. government in this case, since the head of the network acted with impunity, despite the fact that, as is stated, all the information in this regard was shared by Cuba with the police authorities. of the northern country.

Lieutenant Colonel Alejandro Lugo Fuentes, Section Chief of the specialized anti-drug confrontation body of the Technical Investigation Department (DTI), told the NTV that as a matter of policy, every time the participation of a Cuban émigré in acts of this type is verified, the U.S. authorities are informed, as happened in this case.

“We did not have a reply from the U.S. authorities of their actions against this subject,” confirmed the senior officer in his intervention.

The report also included the audio of a telephone call made by the subject identified as the head of the network to one of his collaborators, denying responsibility for the arrest of any of those involved.

The MININT authorities explained that as part of the investigative process, 16 people are currently detained, 14 of them with a provisional prison measure and two under house arrest.

The information provided by the NTV affirms that during the operation, a 22-caliber gun with seven projectiles was found. In addition, 605 grams of synthetic cannabinoid were seized, more than 650,000 CUP, and a sealing machine and empty envelopes that were used to “mask and market the drug” were confiscated.