The family, the school and the media are essential to achieve an education that promotes critical thinking and freedom of choice. 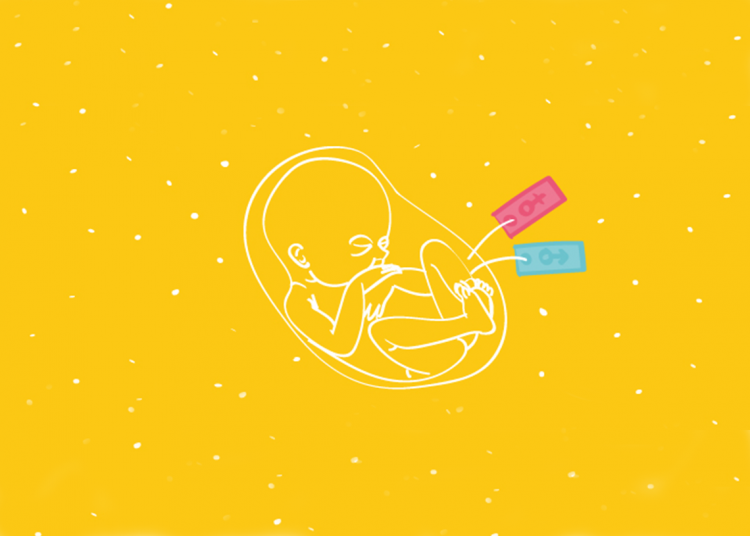 An education that reproduces gender stereotypes and perpetuates differentiated traditional roles, fosters injustice and hinders the full development of children.

It is recess time in a Cuban primary school. Girls and boys take advantage of the time for recreation. Some of them practice baseball in the green areas, while the girls sit and watch, talk or play cards in a corner. One of them wants to go with the boys and jumps to the ground determined. Immediately, the educator who accompanies her tells her not to do it, to prevent her uniform from getting dirty.

A thousand questions come to mind as I watch this scene. The first and most important is, why can the boys do it and she can’t?

I continue my tour, this time through the corridors and classrooms of the school. Most of the images on murals and banners show girls groomed and in a resting position. However, a significant portion of the boys depicted are explorers and on the go.

It is not a coincidence, nor is it a fictional story, they are echoes of a deeply rooted patriarchal culture in Cuba, which is reproduced in school education through gender stereotypes. Something similar occurs in the family setting and through the consumption of the media.

They may seem innocent acts, without great consequences for the future life of children; but the truth is that they are part of an education that naturalizes the differences between boys and girls and, in the long run, defines unequal and discriminatory experiences for men and women throughout life.

Thus, the processes of gender construction are articulated and consolidated, which socially and culturally assign differentiated characteristics and roles to women and men, based on their biological differences. From a patriarchal conception, these distinctions perpetuate a system of male domination that establishes power imbalances in gender relations, since it is based on female subordination.

Therefore, educating with a gender approach from childhood is not only a matter of rights, but the surest path to a fuller, healthier and violence-free adult life. The family, the school and the media are essential in this regard.

The results of the National Survey on Gender Equality (ENIG-2016), published in 2019, and research carried out in the academic field in the last decade, show that patriarchal characteristics continue rooted in Cuban culture.

The study carried out by this survey indicates that there has been some progress in terms of gender equality, such as greater recognition of women’s leadership capacity and men’s capacity to care for children. However, it also identified the persistence of gender stereotypes. For example, there are those who still consider that activities that require physical strength are not for women, or that there are certain jobs that are more suitable for men than for women.

The presence of these stereotypes is accompanied by the reproduction of gender roles that deepen the differences: men usually spend 12 hours a week more than women in paid work; while women dedicate, each week, 14 hours more in unpaid activities inside and outside the home, according to statistics from the same survey.

This is the scenario in which boys and girls are growing up in Cuba, and in which those who educate them are trained and interact. Therefore, the new generations end up learning and reproducing ways of relating and behaving similar to those they see on a daily basis in schools, homes, neighborhoods and the media, even when this implies disparities or discrimination.

Thus, patriarchal gender social constructions that determine asymmetrical relationships between women and men from an early age survive and are legitimized. They are the result of learning about how they should be and behave. However, what has been learned can and should be changed if it is harmful or unfair to people.

Research in the Cuban context points to the manifestation of gender inequalities from childhood, derived from the appropriation and reproduction of patriarchal models. Girls are more exposed to sexual abuse. At the same time, they receive more supervision and control while they play and are treated with more affection than their male peers, according to a review of studies on inequalities in childhood (2008-2018) carried out by Danay Díaz Pérez, professor at the Latin American Faculty of Social Sciences of the University of Havana (FLACSO).

Boys, on the other hand, tend to express their emotions less and are more prone to accidents, because they are educated based on the premise that they must be strong and fearless or are less controlled than girls.

This usually happens because, through education, patterns of femininity and masculinity are naturalized and followed that privilege ways of being, thinking and acting that emphasize these differences; according to the results of other research carried out in six primary schools in the west and center of the country, since 2012, through the project “Espejuelos para el Género (EpG)” (Eyeglasses for Gender), coordinated by the National School of Public Health and the Faculty of Communication of the University of Havana.

The problem is that these patterns, for many, are the only possible ones, because they are the known, the legitimate or the tradition. In this way, from childhood the possibility of experiencing more equitable gender relations is limited by the pressure exerted to comply with these socially imposed models.

Gender stereotypes also include primary schools and are reproduced there. Even today it is possible to see girls with predominantly pink school accessories, and boys dressed in blue. Murals, banners and textbooks also perpetuate differentiated traditional roles.

On the other hand, the patriarchal culture of the teaching staff seeps into educational processes through the hidden curriculum, which works unconsciously and systematically. This deepens the gender gaps that have begun to take shape before in the family space and under the influence of media content.

The EpG research project has confirmed the presence of some of these stereotypes: passive games played by girls, and other more dynamic games, by boys; or girls who work as monitors or responsible for discipline on more occasions than boys.

This connects with the expectations and characteristics that teachers attribute to their students: “dedicated, responsible and affectionate girls”; “industrious and chivalrous boys.”

The pattern is repeated in other spaces. A study on gender and family carried out by the professor of the Faculty of Communication Jennifer I. Villafaña Cruz, in 2020, in Yaguajay, confirmed that in the family context there are also different expectations according to sex. In the same way, it found that mothers and fathers educate girls and boys differently.

Another research on children’s media consumption, developed by the communicator Rosalie Carasa Alvarez, in the same period and context, identified distinctive consumption patterns for each gender. According to her study, boys prefer communicative fiction, adventure and sports products, while girls enjoy romance and fairy tales more.

According to Carasa, these media preferences mark differences between boys and girls, similar to those that are identified when they are playing with no technological mediation.

The circle closes. Boys and girls, their media consumption patterns, their teachers, as well as their families reflect and reproduce gender stereotypes. Thus, differentiated characteristics and roles are defined for each one of them.

Apparently, there is nothing wrong with this differential education. There are even those who consider that it should not, nor does it need, nor can it be changed; but it’s necessary to look a little further. There are consequences in the short, medium and long term that are not fair and hinder the full development of children.

During a meeting with mothers and fathers of elementary school students, the only father present says that he does everything in his house: he washes, irons, cooks, cleans, takes care of his son and his daughter. He goes on to say that he doesn’t think it’s right that fathers, by divorcing mothers, abandon their offspring. About the children’s games of his son, he says: “My son has his cars to play, not dolls, those are for my daughter.”

Mothers as a leading figure in the care and education of their offspring (they were the absolute majority in that meeting) and differentiated games that highlight the role of women as caregivers par excellence, those with dolls; they are gender stereotypes that in a few minutes of exchange came to light.

According to psychologist Wilfredo Mederos García, a specialist in gender and sexuality, role games during childhood help girls and boys represent the world of adults and incorporate aspects of culture, family and context. In this way, they learn values, which if they are not directed correctly can limit child development.

From this point of view, let us think: Isn’t playing with dolls also a way of educating for responsible motherhood and fatherhood? Will it not also contribute to forming values ​​of collaboration, empathy and solidarity within the family?

In an analysis on protection and violence affecting children in Cuba published in 2021, Alina Herrera, a Cuban feminist and lawyer, points out that child abuse and sexual abuse are affected by gender bias. She argues that girls tend to suffer more sexual abuse, because from an early age they learn models of femininity that place women in a subordinate position, hypersexualize and objectify their bodies, and relegate them to the domestic space.

On the other hand, men tend to suffer more non-sexual assaults and accidents, since they are educated based on models of masculinity that promote challenging, strong and brave attitudes. Consequently, they are more exposed to dangerous situations.

The list of consequences of differential gender education continues: school bullying, questions or demands towards those who do not meet these models of femininity or masculinity, greater unpaid workloads for women, professions chosen according to social expectations of what is better for women or men or behaviors harmful to health.

In Cuba, the majority of women work in the educational, public health and social assistance sectors, according to employment and salary figures in 2020, published by the National Statistics Office of Cuba (ONEI). Along this line, girls, more than boys, prefer to be teachers and doctors, according to research from the EpG project.

On the other hand, the 2020 Health Statistics Yearbook reveals that that year in our country more Cuban men and boys died from accidents than women and girls.

Gender inequalities and their consequences can be changed. Inclusive education based on a gender perspective is the best alternative on the path to equality and the elimination of discrimination. It is the fairest thing for children and the guarantee of a better future for them.

Fortunately, the eradication of gender inequalities that still persist in Cuba is a path that has started being traveled with greater force in recent years. It has become more visible in the media, legislative, institutional and social activism agendas.

However, a step taken does not mean that the objectives have been achieved. It is necessary to integrate, sustain and progressively promote efforts in this direction. In this effort, the education of the new generations cannot be lacking: an education that does not impose, without prejudice, that breaks and points out the patriarchal molds and the asymmetries that they create, that promotes critical thinking and freedom of choice.

Unlearning from childhood the gender constructions that harm us is the way.