Ernesto Soberón Guzmán, MINREX general director of consular affairs and attention to Cubans residing abroad, reported that a group of measures adopted since 2020 due to the pandemic remain in force, and explained that participation from outside Cuba in the popular consultation on the new Family Code may be done “through an interface enabled on The Nation and Emigration website” 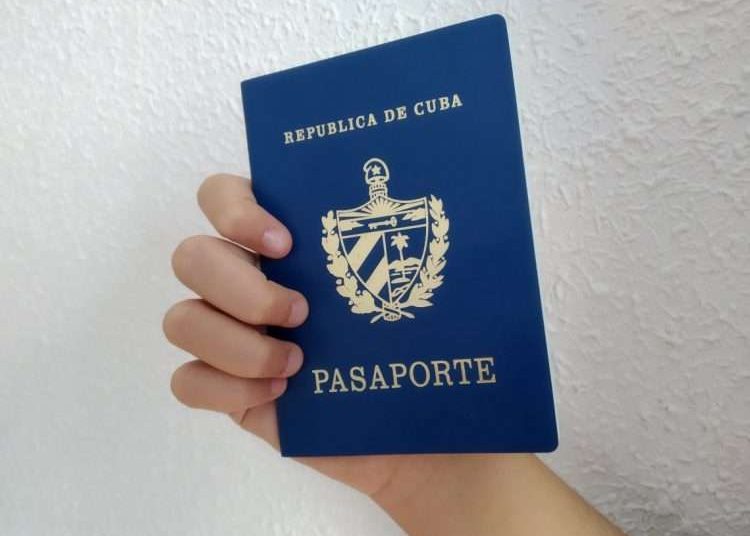 The Cuban Ministry of Foreign Affairs (MINREX) confirmed that a group of measures for nationals residing abroad adopted since 2020 due to the COVID-19 pandemic remain in force.

Ernesto Soberón Guzmán, MINREX general director of consular affairs and attention to Cubans living abroad, reported this Thursday that the decision to allow the entry into the country of permanent Cuban residents who have expired passports and without extension remains in force; they can update them once in Cuba.

In addition, the extension beyond the 24 months officially provided by law for the time of stay abroad of Cuban citizens is also maintained “until further notice,” without this entailing the loss of their residence on the island, according to what was specified by Soberón in the television program Mesa Redonda.

These temporary measures have been maintained even when Cuba gave the green light to the large-scale resumption of international air operations since last November.

On March 19, 2020, the MINREX announced that “Cuban citizens close to serving 24 months” abroad would not need to request extensions at the island’s consulates to maintain their “status of permanent residents in the national territory.” Then, the Foreign Ministry assured that the measure would allow those who were in this case “to remain outside of Cuba until further notice.”

However, in October of that same year it was announced that Cubans residing on the island, who after March 19 had not been able to return to the country before the expiration of the 24 months, could remain abroad until October 12, 2021 without losing their permanent residency.

In addition, the Cuban consulates reestablished the tariff for each month of extension abroad, after the announcement by Havana of a new plan to confront COVID-19 and the then entry of most of the country into the so-called “new normal” due to the improvement of the health situation that the island was experiencing at that time.

The provision, however, was quickly rectified, after criticism and discomfort generated in a large part of the Cuban community abroad. Just four days after the reestablishment of the charge, the MINREX announced that it was extending “the possibility for our nationals to return to the country without having to go through consular procedures to extend their stay abroad, while this situation persists.”

Then, Soberón explained that the collection of the extension for the stay of Cubans abroad beyond the 24 months established by law would remain suspended until “normality is achieved in terms of regular flights,” but then it has continued extending its period without, until now, having been informed of any date for its end.

In September 2021, a note from the Foreign Ministry itself reported that these provisions remained in force, with the aim of “protecting our nationals, who request services, from possible contagion and increasing the quality of consular services.”

Soberón himself reported this Friday that Cubans residing abroad will be able to participate in the debates on the draft of the Family Code, as part of the popular consultation on the subject scheduled to take place between the months of February and April of this year.

In a live broadcast from the Foreign Ministry’s Facebook page, the diplomat assured that, “as was done in the debate on the new Constitution, nationals residing outside the country will be able to participate in the popular consultation through an interface enabled in The Nation and Emigration website,” according to a report by the Agencia Cubana de Noticias (ACN) news agency.

On that website, whose address is www.nacionyemigración.cu, it will be possible to access the text of the draft legislation, and there will be “an interface where all Cubans, wherever they are, will be able to access and transfer their criteria and opinions in relation to the Code as many times as they deem so,” said the MINREX general director of consular affairs and attention to Cubans residing abroad.

According to Soberón, quoted by the ACN, one of the goals of this initiative is that “Cubans from abroad can contribute important criteria to the final version of the legislation, based on their experience in different societies” and thus be able to “make an important contribution” to Cuban society.

This, he said, “will be one more step in terms of strengthening ties with nationals living outside the country, based on the benefits of new technologies.”

The official pointed out that during the debates on the new Constitution, “40% of the opinions that were conveyed (by Cubans residing outside the island), through the website itself, were included in the final text of the Magna Carta.”

In addition, he said that the new Family Code “is inclusive, aims to cover and adapt to the reality of the current Cuban family and contemplates their transnationality.”