Conversation with Adiel González Maimó, theologian and activist, who provides perspectives from the vision of faith that, in this condition, projects his support for the general postulates that the law, now put to popular consultation, protects. 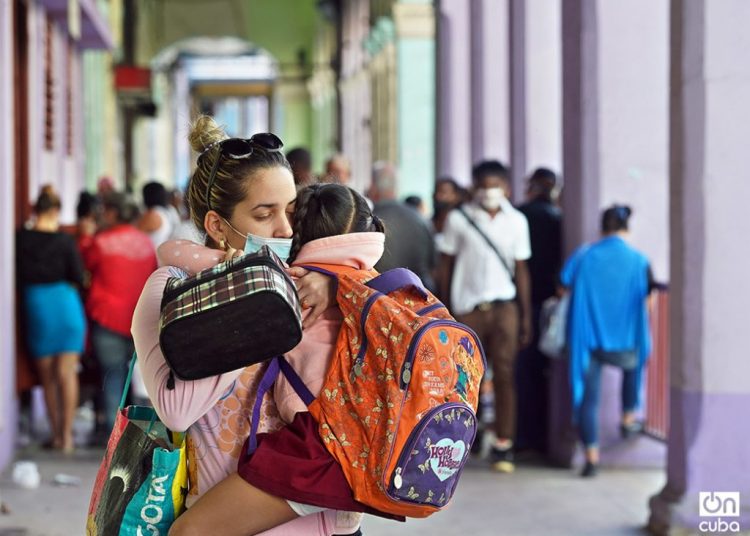 February opens its doors with the popular consultation on the Family Code. It is expected that close to 7 million Cubans throughout the Island, in each social sector, coming from the most diverse creeds and political positions, will be able to express their feelings and thoughts regarding the aforementioned law. The reading of this document, at least in general terms, is a condition for informed participation in the proposal, its contents, scope and challenges.

In this series of works we have tried to show various aspects that allow, in some way, to put themes, contents and positions in order, not only on the Code, but also on the conditions that surround it.

It is not unusual to find positions opposed to its approval, both as a general document and because of some of the postulates it provides. Different religious groups have been active in the public demonstration of opposition to the Code, intertwining in their arguments socio-cultural elements, tradition and habit, as well as precepts of faith.

Based on this last perspective, I talk with Adiel González Maimó, theologian and activist, who provides perspectives from the vision of faith that, in this condition, projects his support for the general postulates that the law, now put to popular consultation, protects.

Although our Constitution declares the secular character of the State, which means that it functions independently of any religious organization or denomination, and in which religious beliefs do not influence national politics, some precepts of faith reveal contradictions with important points of the new Family Code. What biblical-theological aspects should we take into account in relation to inclusion, diversity, rights and dignity that the Code provides?

In the first place, the Bible (in which Christians find the Word of God) highlights love as the supreme norm to be fulfilled. In loving, all the divine law is summed up, all the commandments, because love “makes nothing improper,” nothing that harms one’s neighbor or oneself. Love is the basis of everything, because God himself is Love. And it is a love that cannot be contained, cannot be limited, cannot be pigeonholed, because God cannot be contained, limited or pigeonholed. This is a first element to take into account when assessing this Code, which places affection at the center of family relationships.

Second, the Bible extols the dignity of the human being as a creature of God. Human beings have their own dignity because, as we believe, we are created “in the image and likeness” of God. This is an equally key element. All people are born with a dignity inherent to our humanity, which must be recognized, respected and extolled by law, before society as a whole. This dignity cannot be affected by issues such as discrimination. No person, by reason of their skin color, sexual orientation, gender, gender identity, disability, religious belief, etc., is less worthy than another, or less deserving of having the same rights in all areas of life. When we look at the Code, we see in it a document that seeks precisely to extol the full dignity of all people and types of family, which is very consistent with the biblical message.

In the Bible (which is a very wide-ranging book and in which different ways of seeing society and life converge) diversity is given by the different contexts in which the books that compose it were written. I have always defended that its central message is found in the Gospels, because they are the ones that bear witness to the message and ministry of Jesus, for Christians God himself incarnate. What Jesus teaches must be weighed against the rest of the Scriptures. Jesus must be the center of all our biblical message, since it is precisely because we follow him that we call ourselves “Christians.”

Likewise, when in the Bible it is declared that “EVERY person who loves is born of God,” it is not defined what kind of person that is, by any human condition. The only limit is given in the capacity to love that person has. So, the more love is encouraged in society (through laws such as the Family Code, through education in schools, etc.) I believe that the more we will be encouraging the divine presence in our Cuban people.

For you, as a person of faith, in what matters do you consider that the aforementioned Code benefits you?

First of all, this Code benefits all of Cuban society, and me, a Christian, as part of it. I am also a member of a family, which is built on the basis of mutual love, and this, my family, is also protected with the rights proposed in this document.

At the same time, as a Christian and a Cuban citizen, I defend the approval of this Code because I want all families and all people to achieve the same rights, just as we have the same duties. I say “yes” for this Code even in compliance with the rule that Jesus ordered: “love thou neighbor as yourself.” I benefit from this Code, my family benefits, and I want it to be the same with the rest of the Cuban families.