While it is true that inflation is a monetary phenomenon, its causes, at the least a good part of them, are not. 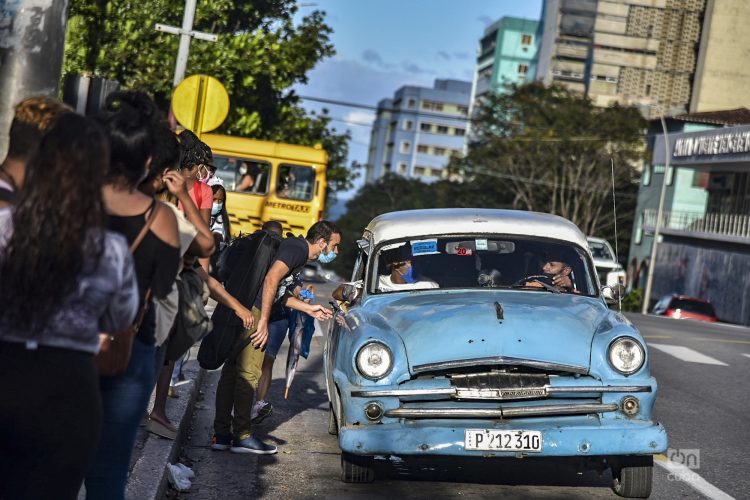 Money matters. This is a typical phrase of monetarism, one of the currents of mainstream economic thought. Three views on inflation in Cuba by three Cuban economists published recently in CubaDebate and associated comments are what motivate my writing this article.

We historians of the Cuban economic thinking owe to science work that summarizes and synthesizes everything that has been written in the last 30 years on the national economy because never before has so much been written and published on economic issues from different aspects, details and depth and in different media. A wide range of topics have been analyzed, including some more conceptual associated with the ownership relations; others with global reach like those associated with development, its strategy policies; institutional issues; macroeconomic; so many focused on sectoral issues.

Monetary affairs, little discussed in the first 30 years after 1959 for obvious reasons, strongly made their appearance since the dollar began circulating in our country back in the early 1990s.

There is an extensive list of authors who have addressed these issues, some more theoretical rigor, systematic and deep, others as part of their analysis of the problems of the Cuban economy. Some of these works have been more public, others have not been so, either because they have been part of documents of restricted use because they have been circulated via email between colleagues, or thesis diplomas, masters and doctorates as part of scientific work have been confined to those exercises.

It is also possible to see that works on inflationary issues are more frequent since a few years ago to date, as was to be expected given the magnitude and impact of inflation on everyday reality in the national economy and of every Cuban. Inflation has shattered wages, the family economy and also enterprises, whether state or private.

In any case, what any study of the Cuban economic thought would certify without fear of any mistake is that monetary issues have become recurrent in economic thinking on the national reality and its presence is not comparable to any prior period. But also these studies would confirm the existence of more coincidences than differences and a set of proposed solutions.

It is also true that in the Cuban case inflation is embellished by the existence of at least three currencies and three exchange rates; by segmenting the market by type of currency; by the loss of relevance of the market in Cuban pesos especially for the purchase of industrial goods; the reincarnation of the CUC in the freely convertible currencies that seem like a worse version than its predecessor; the loss of confidence in that other currency or unit of account or payment commitment called CL — something absolutely incomprehensible; by not having any international financial institution that supports the reform undertaken; by being blocked by the U.S. administration.

The high preference for the physical dollar versus its weak supply is perhaps the most obvious reason for triggering the exchange rate that fuels the inflationary spiral. That preference would seem strange considering that this dollar cannot be banked, or can be “converted to freely convertible currency,” however, there are factors that influence demand. The need for physical dollars to enter the United States illegally is one of them and it does not seem less important. There are estimates that in 2021 between 30,000 and 40,000 Cubans managed to reach that country illegally, a large part through the Mexican border. How much does that crossing cost? Let’s say that half of those 40,000 compatriots have paid for their trip with constant dollars, let’s say that between 5,000 and 10,000 dollars are required for it, then it can be estimated that between 100 million and 200 million dollars have been used for this.

It would be necessary to add to the demand for dollars that coming from Cubans who import goods — our Phoenicians — to sell in the national market in inconvertible Cuban pesos. Years ago, it was estimated at a figure of hundreds of millions of dollars. This is another element that puts upward pressure on the informal exchange rate. There may be alternatives that reduce this flight of dollars, although none should repeat the failed variant of the stores in freely convertible currency.

If we also take into account that the two most important sources of physical dollars in the country, remittances and tourism, have diminished, then the rise in the informal value of the dollar is better explained.

The other “currency,” the “plastic freely convertible currency,” has become the prima ballerina for obvious reasons, and also the “worst of all.” Its high price against the dollar and the CUP is associated with this market segmentation, the shortage of consumer markets in Cuban pesos and the tremendous difficulty in “recharging the account.” But, without a doubt, the inconvertibility of the Cuban peso once again plays a decisive role in its value.

Although it is true that inflation is a monetary phenomenon, its causes, at least a good part of them, are not. Recognizing the aforementioned and therefore the need to promote structural measures, it seems urgent to intervene in the exchange market, adopt an exchange rate that is at least flexible between bands and achieve a degree of convertibility of the Cuban peso that restores part of the population’s confidence.

Turning good ideas and suggestions into appropriate policies, taken on time, applied correctly, corrected when necessary, is always the most complex part of this entire exercise.

It is always much easier said than done. It is not a path of certainty that is going to be traveled, nothing guarantees success, not even the best of experts on design, but not taking the risk is, from my perspective, much worse.