The event will bring together more than 2,000 representatives of companies from about 55 countries until November 8, at its usual venue in the Expocuba fairgrounds, located some 25 kilometers southeast of the Cuban capital. 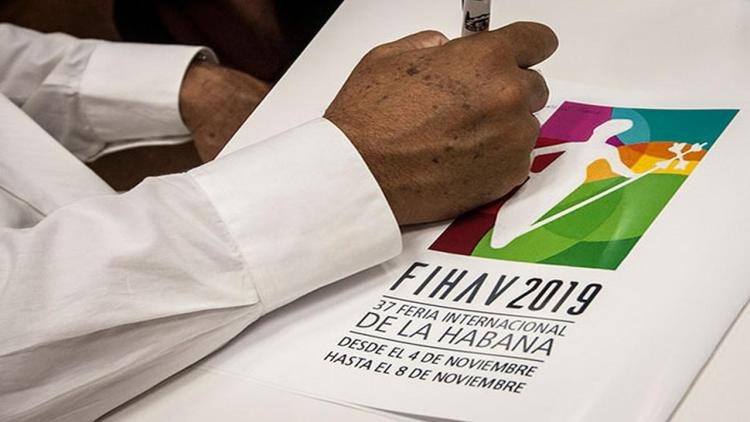 The 2019 Havana International Trade Fair (FIHAV), the largest and most important trade mart in Cuba, opened its doors today with its sight set on promoting foreign investments, amid the delicate economic situation facing the country due to the lack of foreign currency and fuel.

This 37th edition of the fair is taking place in a business climate pervaded with the tense atmosphere created by the U.S. government, which in recent months has increased the economic siege on the island with the application of new sanctions that intensify the embargo in force for almost six decades.

The event will bring together more than 2,000 company representatives from some 55 countries until November 8, at its usual venue in the Expocuba fairgrounds.

The opening day will be to celebrate Spain Day, a country that will maintain the leading position among foreign exhibitors at FIHAV 2019, with the presence of more than 110 companies in four pavilions.

As in previous editions, the organizers of the business meeting have announced the presence of at least 14 official delegations, headed by ministers and senior officials.

One of the main activities of the FIHAV program will be the 4th Business Forum, which aims to boost bilateral meetings between Cuban entrepreneurs and potential foreign investors.

In the Forum, which will include three meetings organized by Mexico, Germany and the European Union, the new Foreign Investment Opportunity Portfolio 2019-2020 and the 3rd Commercial Directory of Cuba will be presented.

Another of the novelties that FIHAV 2019 will present is the new “Foreign Trade One-Stop Window,” which will function as a platform to expedite export procedures and permits for the establishment of businesses, since one of the most frequent complaints of potential investors is the heavy bureaucracy on the island.

Cuban Minister of Foreign Trade and Investment Rodrigo Malmierca recently acknowledged in an interview that this is one of the factors that is blocking foreign capital projects.

The delay and the complexity to obtain permits, licenses and authorizations, as well as the slowness in the analyses and the constitution of the dossiers for the presentation of the projects to be assessed by the competent authorities scare away the investors, the official admitted.

However, Malmierca said it is “unquestionable” that the main obstacle to the investment process on the island is the U.S. economic, commercial and financial embargo against Cuba, with a whole set of regulations, actions and measures that create a “deterrent effect” on foreign companies interested in negotiating with the Caribbean country.

He recalled that to sustain its economy the island needs more than two billion dollars a year in foreign investments aimed at strategic sectors, projects that promote productive chains, generate exports and replace imports.

The Cuban business representation will have 152 exhibitors from some 360 ​​entities, including for the first time in this event two private cooperatives that will present their productions to promote them through the authorized export channels, as reported by the Chamber of Commerce of Cuba.