Dunia and Ramces formalized their union on July 16 at the Marriage Palace of San Francisco de Paula, in Havana. 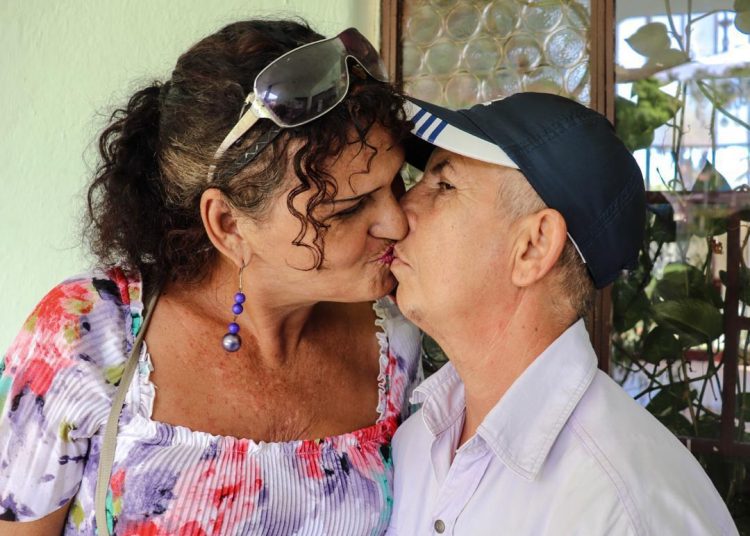 The wedding between the transgender Dunia and Ramces was formalized on July 16 at the Marriage Palace of San Francisco de Paula, in the municipality of San Miguel del Padrón, in Havana.

“This legal ceremony does not violate what is established in the Cuban legal system because it is about two people whose legally registered gender is female and male although they are not coherent with the gender identities of Ramces and Dunia,” the note explains.

It also points out that this event “takes on special relevance” given that the Marriage Palace, belonging to the Ministry of Justice, “respected the way in which they express their gender identity.”

The CENESEX noted that the “obstacle” of the parties’ gender identity was “surpassed” after “a failed first attempt in that institution (the Marriage Palace) that required the advice of CENESEX’s Legal Guidance Services.”

It indicated that “to date, both receive attention by the National Commission of Comprehensive Care for Transsexual Persons and are waiting, by their own decision, for surgical interventions.”

It also said that the couple “is part of Alma Azul-Transgéneros Masculinos de Cuba,” one of the community social networks linked to CENESEX.

The note adds that “for now, Dunia and Ramces complement each other, show their love and try to be happy as they are.”

In the new Cuban Constitution, which was approved last April, the controversial article that opened the door to the approval of gay marriages on the island was eliminated.

The draft of the new Magna Carta in principle proposed considering the “union between two people with legal capacity to do so,” without specifying gender.

But that point provoked intense controversy during the popular debates to which the draft Constitution was submitted last year, in the midst of a strong rejection campaign by the evangelical and Catholic churches, to which the Cuban LGTBI community responded with creative initiatives in favor.

Finally, the Constitutional Commission chose to eliminate the definition of marriage from the text of the Magna Carta to “respect all opinions” and decided to postpone the debate of that concept until a new Family Code is drawn up at least two years from now and which would be submitted to a referendum.