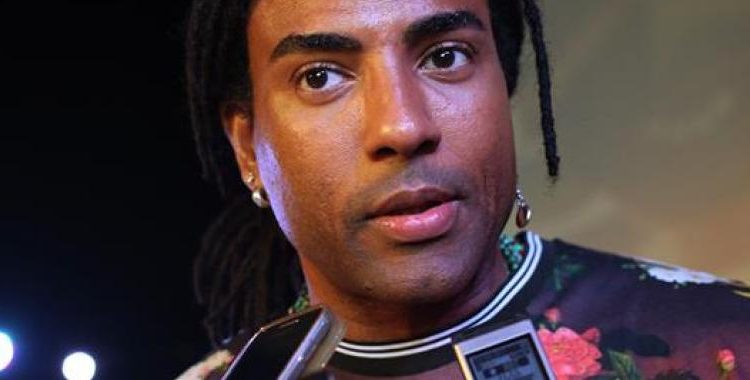 Yotuel, singer of the Cuban group Orishas and winner of two Latin Grammy awards, revealed this Friday to EFE that he wrote the last single, “Insomnio,” when seeing the images of the difficulties the island is going through and that are keeping him awake.

“Tell me if sleeping is easy for you, tell me if waking up is not the way out,” the Cuban group Orishas sings in “Insomnio,” a song released last month and composed by Yotuel.

In an interview with EFE, before performing this Friday in the Noches del Botánico Festival in Madrid, Yotuel also cited the humanitarian crisis in Venezuela, Puerto Rico’s policy, the situation in which migrants live on the border with the United States and the measures of U.S. President Donald Trump as factors that keep him awake.

“I wrote the song thinking about a picture sent to me of a row, about people who were very hungry, trying to buy a piece of chicken. And that’s where the melody came from,” explained Yotuel, singer-songwriter of the hip hop group.

The image of Cuba as a nation that has “stopped in time” also inspired him to compose another song, “Donde Nací,” which is part of the band’s last studio album, Gourmet, released last year, after ten years of inactivity.

“This song that I wrote talks about what Cuba is. Cuba stopped in time. You go to Cuba and you see an island stopped in the past. And sometimes I wonder if that is good or bad,” said the musician, who currently lives between Madrid and Miami.

The artist reaffirmed that “the more the world opens up to Cuba, the more necessary it is for Cuba to open up to the world,” as a movement that arises from within and that allows the inhabitants of the island, without the need for international investment, to undertake businesses, such as hotels, restaurants and television channels.

“That’s what Cuba should do: to open up with the Cubans. To not wait for a foreigner to come along and lend you a hand. No. If there are many Cubans in Cuba who are willing to do their business on a large scale,” he argued.

He also criticized the restrictive policies of Trump, who has slowed the U.S. opening with Cuba, which gives the Cuban government an excuse to maintain restrictions on freedom by arguing that there is “an external enemy that lurks.”

“As long as Trump continues doing what he does with Cuba, the only thing he’s going to do is screw the Cuban people, who are the ones who are really working. The leadership is not having problems, but the people do have problems,” he complained.

Speaking of music, he explained that the name of the last album, Gourmet, is a metaphor for “time and dedication” to art, and not for “expensive” or “elitist,” and he clarified that it is not the group’s intention to criticize which music is good or bad, that is fast food, in the current panorama of Latin America.

However, although he presents himself as “a faithful fan of Cuban music,” Yotuel called the music produced nowadays in his country “trash” and “very bad,” which is a reflection of the narrow-mindedness and precariousness the island is suffering.

He announced that for next year the group is preparing a new album titled Caribe Sound System, and for August it will make a video clip with Brazilian singer Projota, as well as a future collaboration, still undated, with Spanish singer Rozalén.