When speaking online today at the Ministerial Meeting on the Elimination of Racism, Xenophobia and Racial Discrimination, Bruno Rodríguez pointed out that “there are still a few vestiges remaining in our society, not due to a government policy, but as part of the culture of some people.” 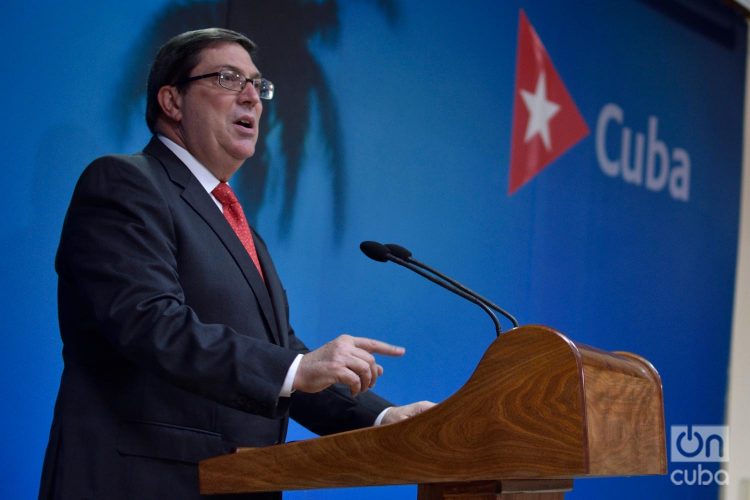 Cuban Foreign Minister Bruno Rodríguez affirmed this Thursday that Cuba exhibits “major breakthroughs and results in the struggle against racism and discrimination,” but acknowledged that on this sensitive issue “more is yet to be done.”

“In Cuba, the triumph of the Revolution led to a radical transformation process that dealt an overwhelming blow to the structural underpinnings of racism and eradicated institutionalized racial discrimination,” said the Cuban Minister of Foreign Affairs, speaking today online in the Ministerial Meeting on the Elimination of Racism, Xenophobia and Racial Discrimination.

However, quoting President Miguel Díaz-Canel, he pointed out that “there are still a few vestiges remaining in our society, not due to a government policy, but as part of the culture of some people” and said that Cubans have “every right and the opportunity to carry out coherent and impactful actions that will help us solve these problems in our society.”

As an example of this and of the “commitment of our government” on this issue, Rodríguez explained that “in November 2019, the National Program against Racism and Racial Discrimination was approved, under the coordination of a Government Commission led by the President of the Republic of Cuba.”

Furthermore, in his speech at the international forum, the Foreign Minister said that “the Cuban Revolution has gone beyond its borders in the fight against this scourge” and pointed out that “thousands of Cubans supported, even at the cost of their own lives, the fight of African peoples for their independence and against the degrading apartheid regime,” while “many others have offered their solidarity to these peoples, particularly in the health care sector.”

Regarding the global panorama, he recalled that “this year we commemorate the twentieth anniversary of the historic World Conference against Racism, Racial Discrimination, Xenophobia and Related Intolerance, but the goals established in the Durban Plan and Program of Action are yet to be achieved.”

“We are no way near the materialization of the 2030 Agenda either,” he said, and commented that “the world is witnessing an alarming spate of racism, racial discrimination and xenophobia” and “social and other communication media are being used as platforms to promote them.” “The COVID-19 pandemic and the crises it has exacerbated further expose the unjust international order that for decades has turned the poor, afro descendants or migrants into targets of all kinds of discrimination,” he added.

Faced with this scenario, Rodríguez asserted that Cuba will “keep making progress through concrete actions in line with the sense of social justice and humanism that characterize our socialism” and following Marti’s premise that “there is no racial hatred because there are no races.”

The issue of racism and racial discrimination has been the subject of social debate in Cuba in recent years and has found a particular welcome in the artistic and academic sectors of the country. Although legally and constitutionally all people have the same rights on the island regardless of the color of their skin, intellectuals, researchers and the authorities themselves have recognized the existence of social and cultural factors that reproduce racist attitudes and stereotypes still exist even after six decades of the 1959 revolutionary triumph.