The wage issue is one of the most important and of the greatest impact within Cuba’s monetary reorganization based on its relation to the family economy, said Minister of Labor and Social Security Marta Elena Feito Cabrera. 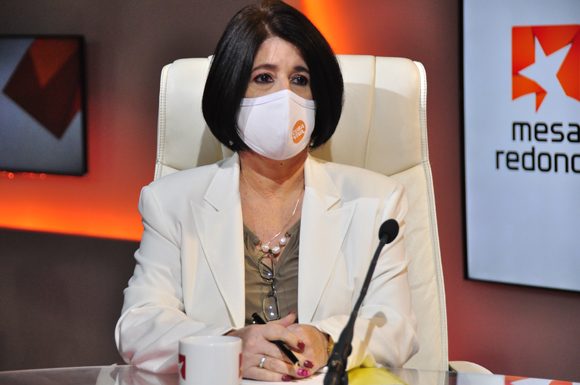 Cuban Minister of Labor and Social Security Marta Elena Feito announced this Wednesday the approval of readjustment measures in the payment systems in the budgeted and business sectors.

She explained in the Mesa Redonda TV program that among these modifications was the improvement of the wage mechanisms for highly qualified workers, based on mobile income in groups VII and VIII of the wage scale. To define the category of highly qualified operator, she said, having a senior high school or an intermediate technician education will be required.

According to the minister, the measure benefits 12,400 workers, who will be paid retroactively since January. This measure implies 67 million CUP annually and will be financed, fundamentally, by the enterprises to which they belong.

These groups include positions associated with the generation, repair and maintenance of networks, maritime-port and fishing, railway, industrial and aviation activities. The analysis has not concluded, she stressed, and the Ministry will finish it now in February.

On the other hand, she reported that it had been decided to differentiate the wages of general and high school teachers from those of higher technical graduates, so that teachers are hierarchically ranked depending on their academic level and professional improvement is encouraged.

She explained that this provision covers 872 teachers and has an annual cost of 4.2 million pesos.

Feito said that the wage issue is one of the most important and of the greatest impact within Cuba’s monetary reorganization based on its relation to the family economy. She assured that it continues to be the subject of a profound readjustment process.

She commented that it was not possible to have the amount planned for the wage reform based on the macro-financial balance model, but that even if it had been possible, the inherited distortions would have affected the wage pyramid and that some aspects planned to be perfected in time will be maintained.

She recalled that the last wage reform was made in 2005 and that the next one will depend on the growth of the economy, the main objective and requirement to continue reorganizing wages in Cuba.

Lastly, she referred to the increase in job applications based on the implementation of the reorganization, and the interest in directing growth not only to the budgeted sector (it includes 48% of workers) but to the productive sector, especially to the food production sectors.