OnCuba Staff
in Migrations in Cuba, Politics in Cuba
0 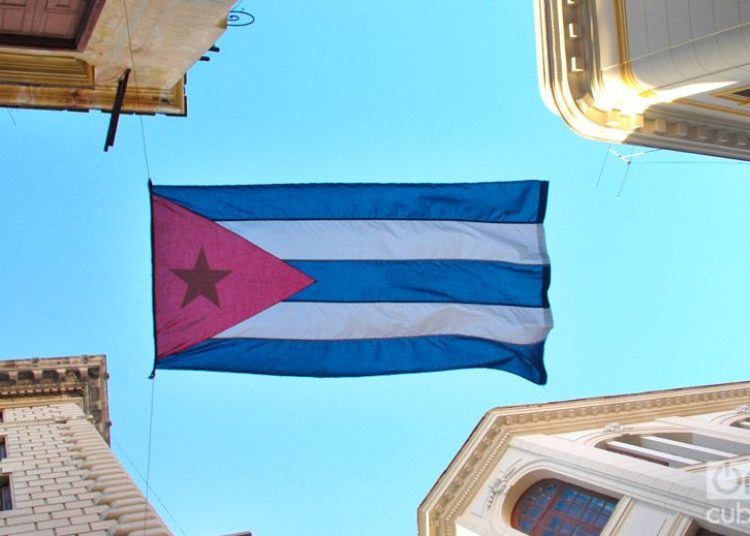 Cuba, like any other country, is part of the global debates on freedom of movement. To this day, various countries restrict entry to their territory for reasons of national security. In many cases, these decisions, in addition to being highly questionable from the legal point of view, constitute cases of political discrimination against categories of nationals prevented from accessing third states, as is the case in the United States.

The island is part of those debates, for its own reasons. Unlike other countries, it suffers from explicit official belligerence by the United States government. In this context, the immigration issue, and the control of movements have experienced great politicization.

In the international context, critical voices demand that the issue of national security be included in the framework of the discourse and practice of the protection of human rights. A very recent case has reactivated this discussion for the Cuban context.

On March 18, 22-year-old Cuban journalist Karla Pérez González began a trip, via Copa Airlines, from Costa Rica to Havana, after completing four years of studies in that country. The young woman had arrived in the Central American country in 2018, after being expelled from a Cuban university for being part of a counterrevolutionary group.

Now, during the usual stopover in Panama, she was prevented from continuing her flight to Cuba. According to her testimony, the agent of the airline who attended her gave her a WhatsApp audio to listen to, in which a Cuban official reported that she was prohibited from entering the country. The following day, the Cuban Ministry of Foreign Relations confirmed the ban and denounced that a “media show” had been built by the “enemies of the Revolution” around the case. In his statement, he claimed the approach of national security in defense of that decision.

However, the legal framework on which that decision would be based and how it is combined with the rights recognized by the Cuban constitutional order has not been addressed at the official level.

OnCuba, in an exclusive interview with Professor Harold Bertot Triana, a specialist in Constitutional Law, addresses the existing legal regulation in Cuba on entering the country, the problems faced by this regulation, the international standards that would be applicable to the case, and the needs for protection of rights that the invocation of the concept of national security demands.

What does Cuban legislation regulate on entry and denial of entry to the country?

The current state of the normative regulation on the limitation of entry to the country of any person, including Cuban citizens, is a serious problem.

The constitution establishes in its article 52 the freedom of people to enter the national territory. The limits to this freedom, the Constitution itself mandates, must be defined by law.

That law is Decree-Law No. 302 Amending Law No. 1312, “Migration Law” of September 20, 1976. Article 24.1 establishes the assumptions for which the entry of a person into the national territory would be “inadmissible”: having a history of terrorist activities, human trafficking, drug trafficking, money laundering, arms trafficking, or others internationally prosecutable; be linked to acts against humanity, human dignity, collective health or prosecutable under international treaties to which Cuba is a party; organize, stimulate, carry out or participate in hostile actions against the political, economic and social foundations of the Cuban State; when reasons of Defense and National Security so advise; for being declared undesirable or expelled; for failing to comply with the regulations of the Migration Law, its Regulations and the complementary provisions for entering the country.

Article 24 itself, in its section 3, establishes that the immigration authority can authorize the entry to the country of people who have been declared “undesirable or expelled” or those who have breached the regulations of the Migration Law and the rest of the legal provisions, “when humanitarian reasons or state interest so advise.”

We already know that there are specific provisions for the entry into the country of citizens who abandon medical missions, sports delegations, or diplomatic or official functions, and for those who left illegally through the United States Naval Base in Guantánamo.

The problem here is that anyone can ask when, for example, is it a case of “defense reasons” or “national security.”

The Law has the same concern and the same problem. Therefore, it requires that the limitation of the right be marked by precision and clarity in the assumed limitations.

What do you mean by “precision and clarity in the assumed limitations”?

First, the basis of the limitation may be based on “defense reasons” or “national security,” but the limiting regulation, the factual assumption of the behavior, has to be as precise, as clear as possible.

When the basis is appealed (“national security,” for example) as if it were already the factual assumption, then the construction of that punishable behavior, due to the indeterminacy and abstraction of the concept, shifts to the discretion of the authority.

Thus, it is the authority that defines and considers what is a punishable act that threatens “national security.” In terms of limitation of rights, that is inadmissible.

Who should impose the limitations and how should they be imposed?

While article 52 of the Constitution establishes that a law will set its limitations (which is known as the “reserve of law,” which is to say that the National Assembly will be the only “reserved” body to impose limits on this right), I understand that it should be this body that establishes the factual assumptions that will be sanctioned. In other words, it would be that body that must explicitly determine which specific behaviors would be condemned in terms of freedom of movement and not leave this matter to the discretion of an authority.

What are the consequences, then, of this “legal limbo” that is created in some cases with respect to Cuban citizens who are prevented from entering Cuba and do not have another citizenship?

Although there is a protective framework for those persons who are not considered a national by any State, “de jure statelessness,” as defined by the 1954 Convention on the Status of Stateless Persons and the Convention to Reduce Cases of Statelessness—of which Cuba is not a party, incidentally—, there is no similar level of international protection for those nationals or citizens of a State who are prevented from entering its territory without having the citizenship of another State. In these cases, people often speak of “de facto statelessness” but the truth is that they do not have an international protective framework that can be equated with “de jure statelessness.” However, there are other international protection institutions for a person who is in a situation of this type, such as the refugee status, although it will be in the hands of the authorities of the country where that person requests this type of protection if the requirements are met to be considered as such, whose fundamental legal instruments are the Convention on the Status of Refugees of 1951 and its Protocol of 1967, with the provisions that the 1984 Declaration of Cartagena implied in the application of the definition of refugees. It actually is a very complicated situation, from the legal point of view, for the person who may find himself in that situation.

What is the international legal standard regarding entry to and exit from the country of origin?

The answer involves many questions, but it is worth saying that bodies in charge of ensuring compliance with certain human rights covenants, international courts, and a widespread practice in Comparative Law, among others, set standards on the international responsibility of States, that is, whether or not an international obligation in this regard is violated.

The issue of denying entry to a national to his country is so sensitive, for example, that the UN Human Rights Council, the body in charge of ensuring the observance and application of the International Covenant, has used expressions such as “in no case can a person be arbitrarily deprived of the right to enter his own country”; and when it is done, there must be a guarantee that “the interference provided for by law are in accordance with the provisions, purposes and objectives of the Covenant, and are, in any case, reasonable in the particular circumstances,” although it stressed that in its consideration “there are few, if any, circumstances in which deprivation of the right to enter his own country may be reasonable.”

And would this be enforceable for Cuba, if one takes into account that its State has not ratified the International Covenant on Civil and Political Law?

The answer to this is much more complex than yes or no. There are many ways, beyond giving consent to be bound by a Treaty, and with more weight when it comes to human rights obligations, for a State to be bound by an international obligation.

However, and leaving aside an in-depth discussion on this matter here, we would be in very much of a strait if we do not incorporate into our practices, our regulations, to give content to what is called the “Rule of Law,” everything that is guaranteed in human rights, everything that helps to reduce and eliminate arbitrariness and is in line with the level of discussion and application of what is called “international law on human rights.”

On more than one occasion, for example, Cuba has shown its commitment, despite not ratifying it, to be in tune with the aforementioned International Covenant on Civil and Political Rights. The incorporation of an extensive set of rights in the current Constitution is one example of this.

At the same time, the regulation of the procedure to prevent a person from entering Cuba is not contemplated in the migration law or its regulations. If it exists in other regulations, I do not know of it.

This is very serious because not only is a national deprived of knowing exactly when they incur in some assumption to prevent their entry into the country, but their right is completely “bypassed”: it is an authority that decides who enters or exits, without notifying any act, without the need to give reasons for its decision, without the possibility of challenging that act in administrative or judicial channels, without giving the person the opportunity to speak or be heard, etc.

It is an area that escapes legal guarantees, an area not reached by the “struggle for the right,” paraphrasing Ihering. Here, there are clear violations of article 92 of the current constitutional text, which establishes the right of citizens to “effective judicial protection” (that is, the right to “access judicial bodies in order to obtain an effective protection of their rights and legitimate interests”), and a violation of “due process” that according to article 94 extends to the administrative sphere.

The Law exists to set limits to power, the “chain” that the Law supposes is a key to state legitimacy and certainty of justice for citizens.