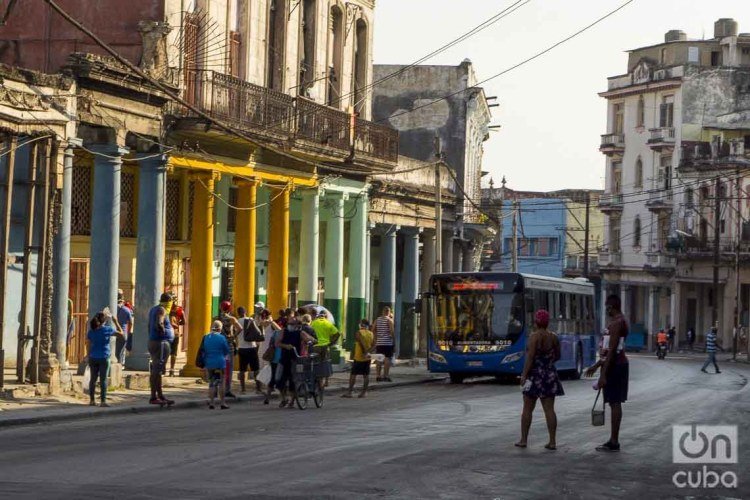 The authorities in Havana will begin to apply isolation measures in new communities in the city due to the increase in COVID-19 positive cases, according to local press reports this Wednesday. In addition, the arrival of health personnel from other provinces to deal with the disease was announced.

In addition, the adoption of restrictive measures in other areas of the Cuban capital such as the Lotería People’s Council, in El Cotorro, and the Lawton neighborhood, in Diez de Octubre, are also being analyzed, according to the newspaper Tribuna de La Habana.

The measures proposed for these territories include increased screenings, especially among vulnerable groups, no circulation of and sale by street vendors, the use of intra and extra domiciliary facemasks, performing rapid tests on the population and travelers, the publication said.

Luis Antonio Torres Iríbar, president of the Provincial Defense Council, called on the municipal authorities to work so that “the isolation strategy is carried out with quality” and “to act with greater rigor in the streets.”

In the daily meeting of that government body, Torres Iríbar said that Cerro “still has great mobility of people in its streets” and warned about the existence of positive asymptomatic cases, “which makes it necessary for the population to have an increased risk perception.”

For her part, Tatiana Viera, coordinator of the Provincial Defense Council, explained that 27 isolation facilities are currently operating in Havana and that several patients housed in these centers have already returned to their homes after completing the 14 days established for epidemiological surveillance.

In addition, she said that Havana will receive doctors, nurses and technicians who come from other provinces to reinforce intensive therapy in the capital’s hospitals. They will be housed in facilities that are currently being prepared, noted Tribuna, which did not specify the number of arriving health personnel.

Finally, Reinado García Zapata, vice president of the Council, reported that it was decided to limit the hours of gastronomy and commerce services up to 8:00 at night and to change the centers with round-the-clock services to 12 hours, only during daytime hours, both for those run by the state and private ones.

He also said that the Havana authorities approved the presence of “a representation of the District Attorney’s Office in each police station for the application of punitive measures for people who violate regulations, such as the use of the facemask,” while determining “the application of sanctions to those who are consuming alcoholic beverages on public roads.”

On the latter, he said, the sale of rum and beers with the take-out meals was limited.

García Zapata affirmed that “greater control than what is required to sanitize public buses is required” and “called for being more rigorous in authorized interprovincial transportation as an exception, as there is an increase in these trips and even people waiting to board these vehicles in unauthorized intermediate zones and in previous illegal agreement with some transportation workers.”

Havana has the highest number of positive cases on the island, with 137 –the only province that so far has exceeded one hundred–, while as of Tuesday 523 patients remain in hospital and 613 are isolated in centers authorized for this purpose.

Until the closing of this Tuesday, Cuba had 456 confirmed cases of COVID-19, with 12 deaths and 27 recovered patients. It kept 1,732 people hospitalized, of them 1,601 suspects, while more than 9,414 were under primary healthcare surveillance at their homes.

The measures adopted so far by the island’s government include the closing of schools, the suspension of public events, including cultural festivals and the traditional May Day parade, and the restriction of activities in non-essential sectors. In addition, the arrival of passenger flights to its airports was suspended and the withdrawal of foreign tourist vessels from its waters was decreed.

Although compulsory house confinement has not yet been decreed throughout the country, reinforced isolation measures have been established in localities in various provinces in the event of local transmission or the increase of people infected in those places.

More information about the coronavirus in Cuba

– Questions and answers about the coronavirus

– Measures to confront the disease