The number of infected rose to 515, after the confirmation of 58 new cases. 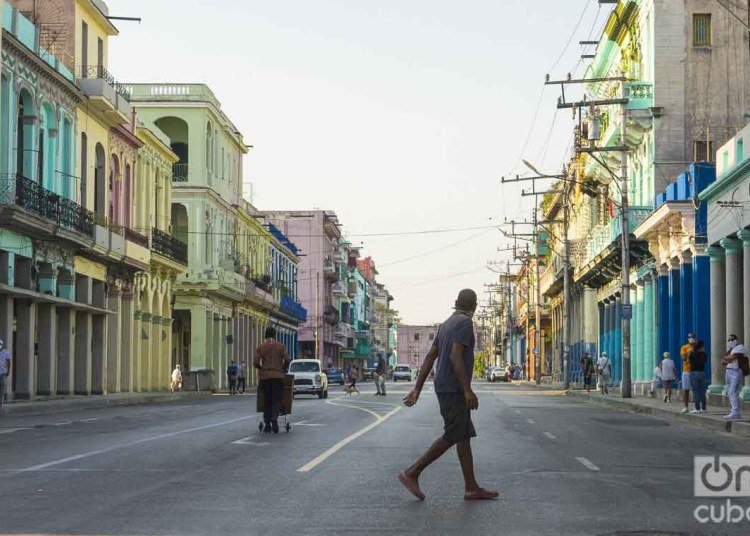 “Stay at Home,” an advice in the face of the pandemic’s advance. Photos: Otmaro Rodríguez.

Cuba sets another record in one day, this time with three deaths, to raise to number of dead to 15 from the new coronavirus that keeps the world awake. The news was confirmed by the Ministry of Public Health (MINSAP) at a press conference, while it was published on all the ministry’s networks.

Now, the number of infected amount to 515 positive cases with confirmation until midnight yesterday, April 8, of 58 new contagions.

The three people who died were the following:

A 49-year-old man from Taguasco, Sancti Spíritus province, with a history of high blood pressure. He had arrived in the country from the Dominican Republic and was admitted to the Manuel Piti Fajardo Hospital, in Villa Clara. He had “pneumonic lesion, severe respiratory distress, respiratory, renal and myocardial dysfunction, hypotension and a distended abdomen compatible with paralytic ileus, mechanical ventilation and hemodynamically unstable.”

The case of the 80-year-old woman from Havana residing in the municipality of Diez de Octubre was as follows: she was the contact of a case from Mexico and had been admitted to the Salvador Allende Hospital for an acute respiratory condition diagnosed with pneumonia, “with acute respiratory failure and inflammatory lung disease. She developed a torpid evolution that led to her death.”

The third victim is from Banes. She had a history of diabetes mellitus, ischemic heart disease, and was bedridden with a hip fracture. She was admitted to the Carlos Font Hospital, in Banes, due to “acute lymphangitis and respiratory symptoms, being studied for acute respiratory failure, and being positive for COVID-19. She developed a marked respiratory distress that led to her death.”

Meanwhile, of all the confirmed cases, 56 are Cuban and two are foreigners (Italian and Panamanian).

The residence by provinces and municipalities of the confirmed cases is:

According to Dr. Francisco Durán, director of epidemiology of the MINSAP and in charge of updating the data registered by the ministry, all Cuban provinces have cases of contagion, although the greatest number is being registered in Havana, Villa Clara, Ciego de Ávila and Holguín.

Of the 515 patients infected with the SARS-CoV-2 virus, 454 have a stable clinical evolution. 15 deaths are reported, two evacuees and 28 discharges, one more than yesterday. Eight patients are in critical condition and eight in serious condition.

At yesterday’s close, 1,860 patients were hospitalized for clinical-epidemiological surveillance. Another 9,087 persons were under primary healthcare surveillance received surveillance in their homes.

Cuba has carried out a total of 10,725 tests, according to the data offered by the MINSAP.