Its developers suggest that “in times of COVID-19, this application is used for the contact analysis of a confirmed person,” according to the record left by a person from the places where he/she makes his/her purchases. 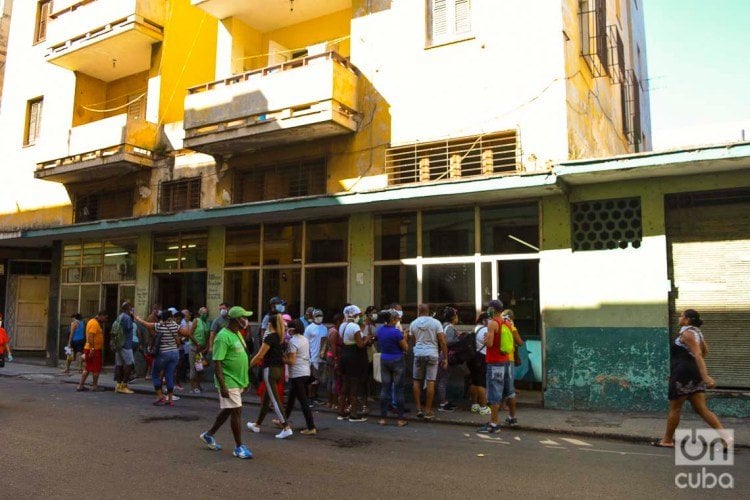 [email protected], an application for mobile devices (app) whose purpose is to “control a line” in stores that sell regulated products to guarantee “that a person buys only once, during a certain time” was launched over the weekend by the University of Computer Sciences (UCI).

Its developers suggest that “in times of COVID-19, this application is used for the contact analysis of a confirmed person,” according to the record left by a person from the places where he/she makes his/her purchases, Cubadebate reported this Wednesday.

The application, available for free downloads in the Apklis platform, depends that each customer in a line presents their ID card, whose number is registered and stored in a local database on the phone. If a person repeats in the line, the app will notify the previous purchase.

However, according to the publication, [email protected], although promising because it avoids the hoarding of some products in high demand, raises several questions in the legal field.

The current Constitution of the Republic, proclaimed barely a year ago, established the rights of protection of image and personal data of citizens.

However, specialists in constitutional law in Cuba have noted the legal loopholes that persist to make that right effective, especially in digital spaces.

According to the legislative schedule approved by the Cuban Parliament, the laws that guarantee these rights will be ready by February of next year.

Apklis users had mixed opinions on [email protected] Some argued that it is necessary in the Cuban context, while others questioned the effectiveness of the application because any client can go shopping with more than one ID card.

Meanwhile, some criticized the app for not specifying who will then have access to the collected data.

“I think this app should not even be here, I in particular would not give my ID information to anyone in a line, only to an official in case it is required,” wrote a user of the largest Cuban platform of applications used by the Android operating system.

For its part, Cubadebate pointed out that the application’s success would not be assured “since many people in Cuba still have plastic card-type ID cards and even small books, older models of legal tender in the country and that lack the QR code present in the most modern formats” and added that “although it would be a soluble problem if the organizer writes down the old ID numbers, there is no doubt that it introduces a factor that would affect the fluidity of the line.”

According to this publication, the operation of [email protected] has the following steps:

1- The organizer with the installed application starts a line.

3- The line organizer scans the ID card and is stored in a local database on the phone.

This allows that if the person gets on the line again with the same ID card, a pre-existing access alert will be triggered. In addition, the organizer―whose identity is not required―can export the daily record of lines made and the accumulated data could be used for the analysis of contacts of a confirmed person.

Until the closing of this Tuesday, Cuba had 456 confirmed cases of COVID-19, with 12 deaths and 27 recovered patients. It kept 1,732 people hospitalized, of them 1,601 suspects, while more than 9,414 were under primary healthcare surveillance at their homes.

Given this scenario, the authorities have taken a group of measures and have insisted that people practice social distancing, something difficult in situations such as frequent lines throughout the island to purchase various basic need products, especially food and toiletries.