In addition, the prices of other ice cream parlors in the country were also lowered and those of other products such as pizzas, hamburgers, juices and hotdogs were being revised, according to Minister of Domestic Trade Betsy Díaz. 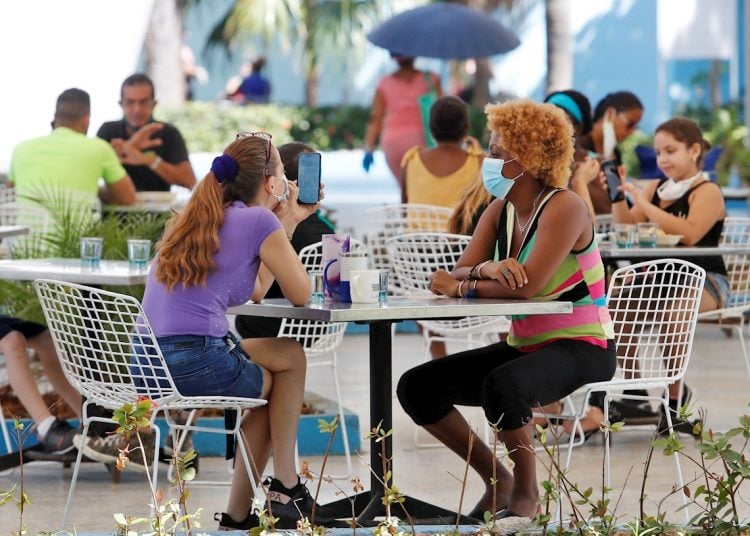 The Cuban authorities announced a reduction in the prices of the famous Coppelia ice cream parlor, in Havana, after the avalanche of criticism and complaints received when the new rates of the facility came into force as part of the monetary reorganization in place since this January 1 on the island.

This was confirmed this Monday by Minister of Domestic Trade Betsy Díaz, who commented on the Mesa Redonda television program that the measure responded to a “very rapid reaction” by the government of the Cuban capital “listening to the complaints of the population.”

According to Díaz, quoted by the official Cubadebate site, “the concept that prices are not subsidized has been ratified,” despite which “it’s necessary that it be an economical offer and ensure the nutritional level that has been indicated, at around 627 kilocalories.”

The minister explained that the establishment of prices for a facility such as Coppelia in Havana is “a complex process” due to the fact that several suppliers concur, there are several flavors and specialties, and that after the review of the new rates it was decided to maintain the price of 7.00 CUP for the 90 gram ball―which was the price initially established for the entire ice cream parlor―only in the Las Cuatro Joyas room, “where a different service is provided, at the table, with air-conditioning.”

The head of domestic trade also said that “in the rest of the country, where in several provinces it also appeared at 7.00 CUP initially, the price was also revised and today it ranges between 2.00 and 4.00 CUP,” in such a way that already this Monday afternoon there was no territory with the highest price, because “the ice cream is not comparable with that of Coppelia.”

In addition, she reported that the authorities were also reviewing the population’s “dissatisfaction” with the prices of other products such as pizzas, hamburgers, juices and hotdogs, as well as the categories of the gastronomic units.

This Monday, the official media had announced that “after a thorough analysis of the population’s criteria,” the Havana government had decided to reduce the new prices not only for the Coppelia ice cream parlor, but also for recreational facilities such as Expocuba, Lenin Park and La Isla del Coco, due to the complaints from the capital’s residents.

Since the announcement last December of the beginning of the monetary reorganization in Cuba and the subsequent publication of the new prices, the government has rectified some of the announced rates―such as electricity and liquefied gas―as a result of complaints and concerns by Cubans. According to the island’s authorities, other products and services are being studied and could have the same fate in the coming days.