The death toll from the incident rose to 46, and the search efforts at the site have been completed. The mourning period will be extended from 6:00 a.m. this Friday, May 13, until midnight the following day. 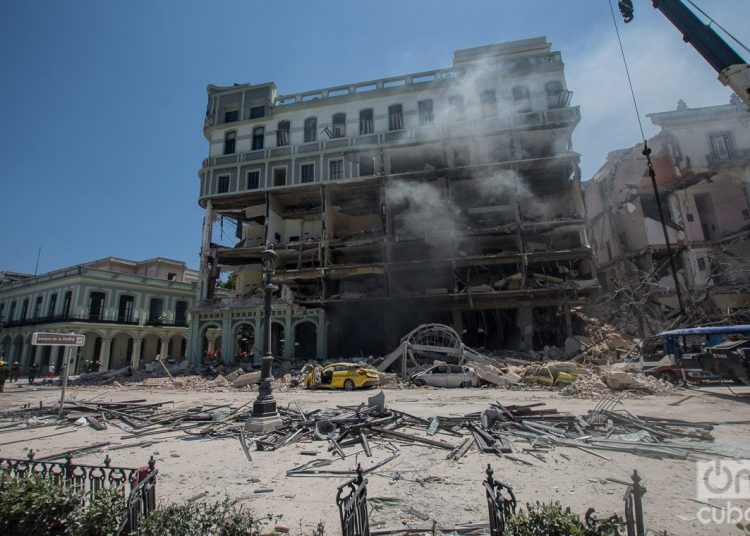 Cuban President Miguel Díaz-Canel decreed official grief after the conclusion of the search and rescue efforts for the victims of the tragic explosion that occurred at the Saratoga Hotel in Havana on May 6.

These efforts culminated on Thursday afternoon (12), after the discovery of the body of the last person reported missing, according to the authorities’ estimates.

Colonel Luis Carlos Guzman, head of the Cuban Fire Brigade, reported that after its extraction, the body was transferred to the Institute of Forensic Medicine to confirm its identity. “As of this minute, he is still the last missing person,” Guzman said in reference to the victim, presumably a waitress at the hotel, according to the Spanish news agency EFE.

One week of search and rescue

Four days after the accident, firefighters were still engaged in a search that lasted day and night. Guzmán declared at the time that the rescue activities were not expected to be concluded and that the priority continued to be the search for the people who were still missing.

At the time of these statements, the official death toll stood at 42, while three hotel workers had not yet been found in the rubble, while work continued at the site of the disaster.

According to the official, all information on who was in the hotel on the day of the accident was used during the search.

“This information has been very useful to us, in addition to the canine technique, which has been kept working permanently, and other search methods in which we already have experience. For this we have specialized technical personnel, who are prepared and trained to undertake these tasks,” he detailed.

On Thursday (12), with the recovery of the body of the last reported victim and with the death of a patient who remained hospitalized in critical condition as a result of injuries sustained in the incident, the death toll from the accident rose to 46, including 45 Cubans and one Spanish tourist. According to the most recent report of the Ministry of Public Health, more than 90 people were injured in the incident, and six of them are still in critical condition in hospitals in the capital.

The mourning, decreed by Cuban President Díaz-Canel “due to the deep sorrow” caused by the death of these people, will be extended from 6:00 a.m. this Friday, May 13, until midnight the following day.

During the period of official mourning, the Cuban flag “must be hoisted at half-mast in public buildings and military institutions,” the communication states.

Mass and vigil to pay tribute to Saratoga hotel victims

Yestarday, the Havana Cathedral held a mass in memory of the victims of the tragic explosion. The ceremony, which began at 6:00 p.m., was called by the workers of the tourist facility, where many of the people who died as a result of the incident worked.

On the other hand, a vigil was called for 7:00 p.m. today, Friday, at the Fraternity Park, a few meters from the site of the disaster.

Aylín Álvarez García, first secretary of the Union of Young Communists – the organization that called for the activity – said that the vigil “will be so that the light of none of the victims of the Saratoga Hotel is extinguished” and invited those who cannot attend to join the tribute from their homes, according to a report by the Cuban News Agency (ACN).

Cuban President Miguel Díaz-Canel, who this Friday was participating in the debates prior to the National Assembly’s session, confirmed on Twitter that he would join the initiative.

“We join our young people in tonight’s vigil for the victims of the Saratoga hotel. Lights and a minute of silence so that they are always with us. Just as the flag is at half mast, there is pain in the chest of good people,” the president wrote.