The National School of Public Health (ENSAP), of Cuba, and the University of Minnesota (UNM), of the United States, signed a memorandum of understanding in Havana. 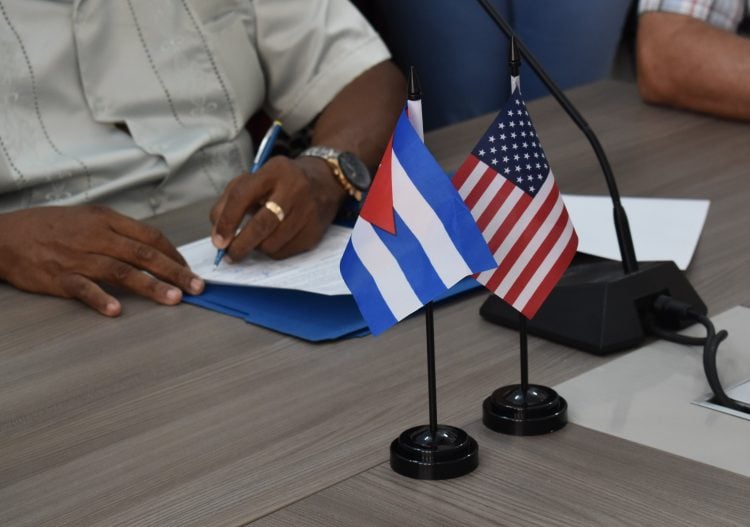 The National School of Public Health (ENSAP), of Cuba, and the University of Minnesota (UNM), of the United States, signed a memorandum of understanding in order to strengthen their academic and research ties, the island’s Ministry of Public Health (MINSAP) reported this Tuesday.

The purpose of the document signed in Havana by representatives of the MINSAP School and the U.S. university is to establish cooperation between professors and students of both institutions.

The idea is also to collaborate in the areas of disease prevention, providing health services, training of professionals and epidemiological and medical research, as well as the development of joint lectures and symposiums, exchange of publications and bilateral visits of students and professors, according to what was reported by the MINSAP.

The director of ENSAP, Pastor Castell-Florit, pointed out that the understanding means a “further step” in the advancement of these exchanges and considered that “it will pave the way for future collaborations and alliances for the benefit of the health of our peoples and the planet.”

Likewise, he highlighted that the numerous bilateral exchanges that they have maintained, in particular with the faculties of Nursing and Public Health, “have allowed the presence in Cuba of several delegations of students and professors, as well as the participation of Cuban professors in scientific events and publications sponsored by the UNM.”

The memorandum was signed together with Castell-Florit — on the Cuban side —, by the head of International Relations and the academic vice-rector of ENSAP, Xiomara Martín and Lázaro Díaz, respectively.

For the UMN, the document was signed by the dean of the Faculty of Nursing, Connie Delaney; the Dean of International Programs, Meredith McQuaid; Vice President of Clinical Affairs Jakub Tolar; and Executive Vice President and Provost Rachel Croson.