Customers pouncing on the shelves and fighting over the merchandise and brawls inside the establishment. 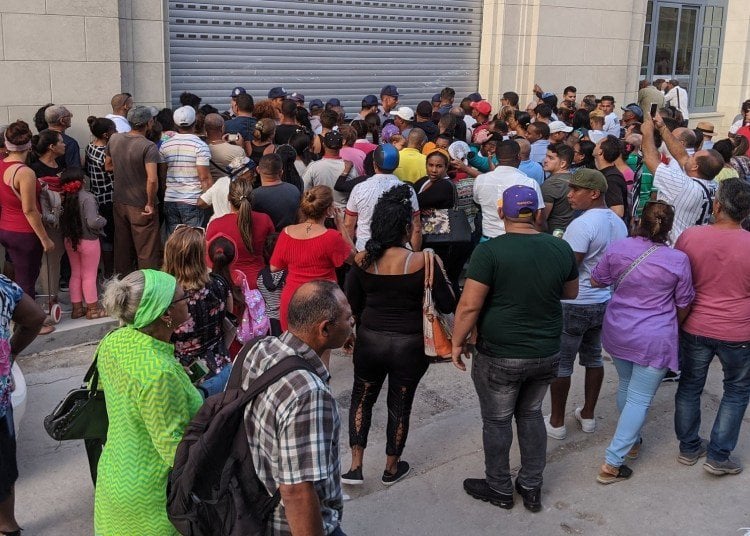 The market received an avalanche of customers. Photo: cubitanow.com

The iconic Mercado Unico de La Habana, one of the buildings restored for the festivities of the 500 years of the foundation of the Cuban capital, closed its doors on the same day of its reopening due to the incidents caused by an avalanche of people in the commercial establishment.

Caption: Look at this in 4 camino la Habana waoooooooooooooo cuba

The management of the renewed Cuatro Caminos Market, belonging to the state corporation Cimex, announced that the services of the facility were temporarily suspended this Saturday, although it did not mention the incidents with the public.

A note from the general manager of the renewed market, Ania Peralta de Armas, published in the Facebook account of Cimex, explained this Sunday that “in the face of the mass amount of public it is necessary to make adjustments to the startup.”

The manager added that the shopping center―one of the largest in Havana―will reopen its doors over the next week.

The new store this Saturday attracted a crowd of people who created agglomerations, disputes, hoarding scenes generated mainly by beer, one of the products that for several months has been in deficit in the Havana commercial network, in which it makes intermittent appearances.

Several videos filmed with mobiles by people who were in the store and posted on Facebook show customers pouncing on the shelves and fighting over the merchandise and brawls inside the establishment.

Some Internet users compared the event with what happens in the so-called Black Friday sales in U.S. stores, others expressed their “embarrassment and shame,” and there were those who blamed the shortage or bad manners for the rash incident.

The Mercado Unico de La Habana, a building of high architectural and heritage values ​​that occupies an entire block between Monte, Cristina, Matadero and Arroyo streets, on the boundaries between the populous municipalities of Old Havana and El Cerro, reopened with this unfortunate incident.

In the days prior to its reopening on November 14, several state media had announced details of the works carried out for the rehabilitation of the neoclassical building that since its opening in 1920 became the commercial epicenter of the city.

A wide range of services, products and items were included in the offer of the establishment that due to its high deterioration was subjected to complex restoration works and led to the redesign of its spaces with furniture, lighting, with a modern commercial vision.