They are returning on the second flight of Cuban collaborators who provided services in Bolivia. 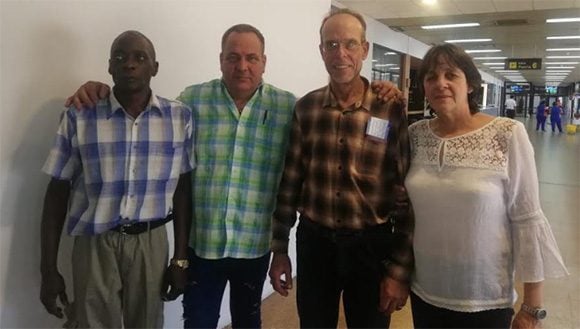 “They are returning to Cuba on the second flight bringing to the island the collaborators who provided services in the South American country. Everyone is in good health and they have joined their colleagues,” the note adds.

The transitional government of Jeanine Áñez reported the arrest of the four Cuban members of the medical brigade, who according to the authorities would have been financing pro-MAS protests occurring since the October 20 elections in Bolivia.

The Cuban government denied that the members of its mission in Bolivia were encouraging or financing the protests of the followers of Evo Morales and demanded evidence, the release of the detainees and guarantees for the safety of all its personnel.

In a statement, the Cuban Ministry of Foreign Affairs (MINREX) said that the collaborators were arrested while going to their residence with the money to pay for basic services and rent of the 107 members of the medical brigade in El Alto.

“The representatives of the police and the Public Prosecutor’s Office visited the headquarters of the medical brigade in El Alto and La Paz and confirmed, based on documents, payrolls and bank details, that the amount of money coincided with the amount regularly withdrawn every month,” added the MINREX note.