We will have to get out of the pandemic together. Of our pressing economic and social problems, too. Whoever thinks differently or contrary to the official discourse does not have to be left out, much less be demonized. 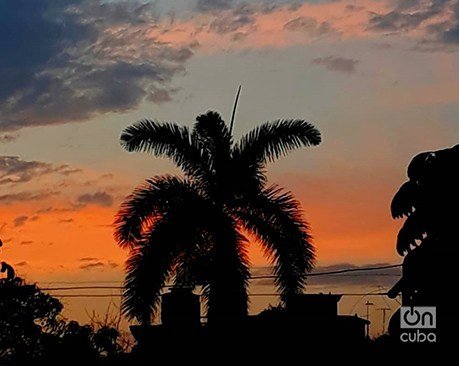 There is a scene in Thelma and Louise in which the character of Susan Sarandon says to the police that was following them: “Well, this is not the end of the world, but you can see it from here.” This phrase from Ridley Scott’s splendid film comes to mind again and again in these days of pandemic. Perhaps we are not witnessing the end of the world, but we are, surely, the end of a way of perceiving it.

I’ve already said it on another occasion. That paragraph from Martí about the “vain villager” who thinks that the whole world is his village has not resisted the passage of the corrector of reality. Indeed, the region, any region is the world. Or in other words, the butterfly effect, the synergy, the concatenation of apparently isolated events, are one of the few certainties that we can use in this desolate stage. Due to globalization, what once seemed vanity is instantly an imperative for survival. The world is a single, indivisible territory.

These crumbling times will leave several revealing evidences. One of them is that epidemics don’t believe in the degree of economic development of the countries. They wreak havoc not only where they find the most poverty, but also where health systems are less equitable and efficient. And if we sensed it before, now we know it: bad political decisions in peacetime can also cost hundreds of thousands of lives. So it is that from now on citizen vigilance must increase on the holders of power, legitimate or not. It isn’t a matter of ideologies, but of survival.

These days a light is outlined on the summer horizon of the island. We’ve had several days with favorable numbers (higher than new hospitalizations, control and overcoming episodes of local contamination…); our incidence curve is even below the model predicted as favorable. There is a majority perception among the population that the Cuban state is managing the crisis well. Scientists have gained unusual prominence; they are heard, they are paid attention to, they are given the logical role that the situation demands.

Obviously, this renewed political capital must be used to, once the emergency is over, decisively attack those outdated political and economic conceptions that have plunged us into stubborn stagnation for decades.

Many of us clamor for the eradication of social acts of indiscipline which, it is necessary to say, were not the result of the pandemic. The shortage of food, the harsh daily life, doesn’t exactly make us tolerant or friendly. Those who must stand in more than one endless line a day to “capture” the essential protein or products that contribute to the maintenance of hygiene at home, don’t believe in “subtleties.” We have a long history of lines. The difference is that before we lost years of our lives trying to mitigate the shortages, and now we can lose our lives in a fortnight due to not avoiding those same crowds.

If we set aside the enormous fear of dying infected with COVID-19, nothing that affects us these days is new on the national scene. For decades we’ve tried failed economic mechanisms. Even the ration book, sometimes used as an achievement of equity, is, according to more than one specialist, an element that inhibits production.

We would really wish that, as epidemiologists have been saying, from now on scientists from all other branches of knowledge should be given their place. They work with the different angles of reality; they investigate it to know it. And if the scenario is known, then you can act on it to promote the much-needed development.

When scientists are mentioned, it isn’t frequent that political scientists, historians and sociologists are included. If the agronomist can determine the best soil for such a crop, social scientists are able to warn about how the official discourse is received, they know if the story that descends vertically is credible or is an expression of conceptions elaborated by a bureaucracy that stratifies itself, that hinders evolution and tries again and again the practice of dictating rules of conduct for reality: to govern based on what one would like it to be and not on the basis of what it is; the best way to widen the gap between sender and receiver.

The U.S. blockade is an unobjectionable fact. The philosophy of a siege, a cold war, too. We have been, for seasons, more or less poor. Relations between Cuba and the U.S. at the state level have experienced bad and worse stages. It is something that, it seems, is not about to change. What can change is our attitude towards problems that demand creative, flexible and courageous solutions. For fear of making mistakes we cannot eternally make mistakes with which we are dramatically familiar.

A hindrance like the collection centers in the agriculture sector is still there, presuming its inefficient willingness. Private workers are called “self-employed,” which is a way of expressing that they are seen, at best, as a circumstantial partner, always suspicious. The formula of doing more with less must be subjected to urgent analysis: if less was done with more, resources were simply being wasted. The slogan “you can always do more” is not plausible either; if this works, then less has been done than possible; anyone with a simple notion about the coefficient of materials’ resilience knows that, from a critical point, everything collapses, from a cable to a long jumper; ergo: you can’t always do more.

We will have to get out of the pandemic together. Of our pressing economic and social problems, too. Whoever thinks differently or contrary to the official discourse does not have to be left out, much less be demonized. The leaders, officials and political cadres are fallible, and they are under an obligation to dialogue with the wide spectrum of the nation. Neither the official nor the independent press are good and truthful per se. Excellence is not exclusive to anyone, and we all have the right to try to achieve it. Our Constitution, also perfectible, must not be submitted to biased interpretations according to the whims of politics; that it be an effective tool to exercise rights and duties, or simply a dead letter, is at stake.

The Cuban population wonders when the pandemic will end, but not just that. They want to know what will come next, how we will get ahead in the midst of the harsh context that lies ahead. The strategies may not yet be clearly formulated. All the more reason to contribute en masse to finding the paths that guarantee us a less sacrificed life than until today. We have followed the statistics of the pandemic day by day. We want to continue having access to other statistics that help us to form an opinion on how the state distributes the scarce resources it has, and to comment on it. There has been talk of the need to end the syndrome of secrecy, but it is difficult to achieve it when the person who has the information is, at the same time, the one who must decide whether it is pertinent or not to disclose it.

I think that we unanimously agree that the new problems, which may be the same as always in another context, should not be tackled with old solutions.

It is time to settle definitively, at least among Cubans today and from any place of residence, the old conflict between pessimism and optimism. An accurate path, I think, is to see difficulty as opportunity. I think that the long attempt to create our own model, fair and, above all, efficient, gives us the ability to say with Gramsci: “I’m a pessimist because of intelligence, but an optimist because of will.”