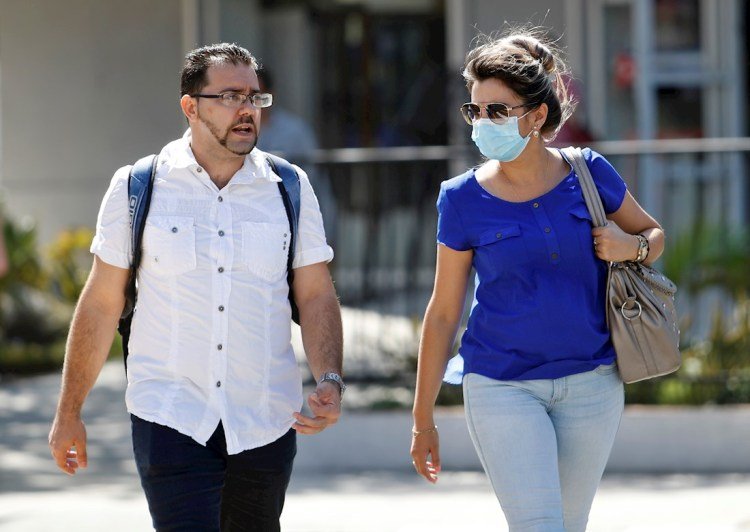 The Cuban government announced that the number of positive cases of coronavirus on the island amounted to 21, while the suspected cases already number 716, just nine days after the first COVID-19 cases were reported in Cuba.

Cuba will not allow tourists to enter as of Tuesday, and decided on the departure of around 60,000 foreign visitors who remain on the island, Prime Minister Manuel Marrero said on television.

The closure does not apply to Cubans who return to the island, nor to foreigners residing in Cuba, who must remain in quarantine for 14 days after arrival in the territory, Marrero explained.

Given the threat posed by the pandemic, the Cuban government decided to implement isolation measures for people with suspicious symptoms.

Likewise, it will impose restrictions on the freedom of movement of crews that arrive in Cuba and have to stay on the island for a while.

As part of the measures, twice-a-day monitoring was arranged of tourists and workers in that sector.

Cuban Prime Minister Manuel Marrero Cruz assured that the approved measures were not based on a hasty, improvised decision, but were part of a plan.

He said it was about regulating the entry of persons. “Everyone who resides in Cuba will have no limitations. The rest of the entrances, by air or sea, will be regulated.”

He specified that commercial operations would not to be interrupted. “We have to keep the economy alive.” “The arrival of cargo planes and ships will continue. But their crews will not have freedom of movement, they will be concentrated in places with medical surveillance.”

But no more tourism will enter, there will only be exits. Today, he said, there are about 60,000 foreign citizens in Cuba, and around 13,000 will return to their countries daily, a number that will increase. “Tour operators and airlines will have the possibility to come to the country to transport these visitors,” he said.

He reported that travel restrictions will take effect as of next Tuesday: “no other person may arrive in the country, apart from the exceptions identified.” “Right now,” he said, “the planes mostly come to pick up visitors, many arrive empty, like those from Canada.”

“Next week we won’t have tourists in the country,” he said. “The entirety of the hotels will possibly be closed, some of them may be open to provide basic services,” which will have an impact on various sectors of the economy. The people who remain available will have a salary guarantee, he said.

At the television program, Minister of Public Health José Ángel Portal reported on the situation of the pandemic in the world. He said that so far 157 countries had confirmed cases with a 4% mortality rate.

As for Cuba, he announced that of the 21 positive cases, 10 are foreigners and 11 nationals. One of the cases, an American, was returned to his country following the protocols. Suspicious persons remain isolated.

He reiterated that health control will be maintained at the border and urged the population to implement social distancing and protection for vulnerable groups.

“Other more severe measures are not ruled out in the next few hours or days depending on the evolution of the situation in the country and in the world,” he added after announcing that at the moment, stricter rules such as house confinement will not be applied in Cuba.