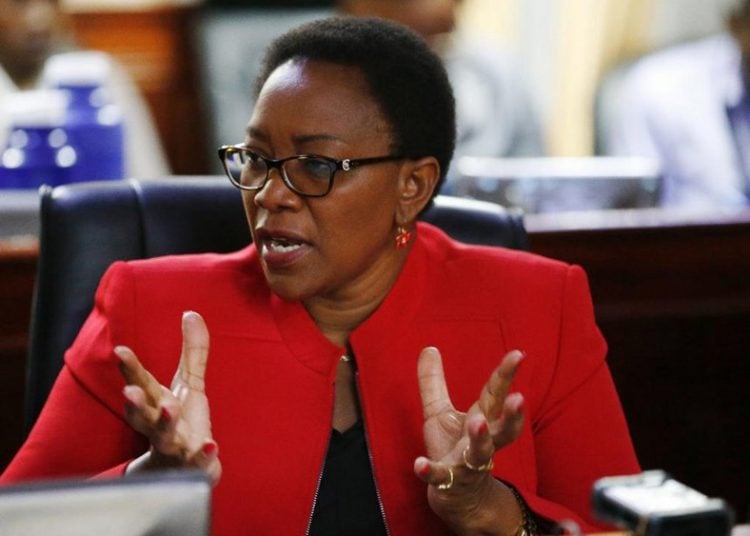 Cuban Minister of Health José Ángel Portal reported this Tuesday that the Kenyan government is continuing its actions for the return of the Caribbean island’s doctors kidnapped in the African nation.

“I had a conversation this morning with the minister of health of Kenya. She informed us that her government is continuing its actions to ensure that our kidnapped physicians return safe and sound,” Portal wrote on the Twitter social network.

Kenyan Health Minister Sicily Kariuki told her Cuban counterpart, José Ángel Portal, on Tuesday that the government of the African country is still investigating the case of the two Cuban doctors kidnapped almost two weeks ago near the border with Somalia.

The Kenyan official told the Cuban minister “that the actions taken by her government to ensure the safe return of our kidnapped doctors are continuing,” Portal wrote on his official Twitter account.

The Cuban minister said he had a conversation with Kariuki on Tuesday, without specifying whether it was by telephone or by other means.

He said, also on the social network, that “the other members of the Cuban medical brigade in Kenya are well, providing their services to the people of that country.”

Cuban doctors Landy Rodríguez and Assel Herrera were abducted on Friday 12 by alleged members of the Somali jihadist group Al-Shabaab in the Kenyan city of Mandera, which borders Somalia.

The two kidnapped physicians are part of a contingent of 100 Cuban doctors who arrived last year in Kenya under an agreement signed between the two countries to improve access to specialized medical services in the African nation.

Rodríguez, a surgeon from the central province of Villa Clara, and Herrera, a specialist in Integral General Medicine in the eastern province of Las Tunas, were traveling with an armed escort to the hospital in Mandera, when they were intercepted and kidnapped after a shooting incident in which one of the policemen who was accompanying them died.

Given the proximity to Somalia, the Kenyan authorities believe that Al-Shabaab, which joined Al Qaeda in 2012 and, although it operates in Somalia, usually makes incursions into neighboring Kenya to perpetrate attacks, could be responsible for that act.

On the same day of the incident, the Cuban government established contact with its counterparts in Kenya and Somalia and created a working group to follow up on the case of the kidnapped doctors, who are still unaccounted for.

Three days ago Cuban President Miguel Diaz-Canel spoke by phone with his counterparts in Kenya, Uhuru Kenyatta, and Somalia, Mohamed Abdullahi Mohamed, on the actions to recover the doctors, according to the Cuban leader on Twitter.

Senator Kamala Harris declares herself in favor of Trump’s impeachment