The Cuban president proposed the island’s 56-year-old minister of tourism and was unanimously backed by the National Assembly. 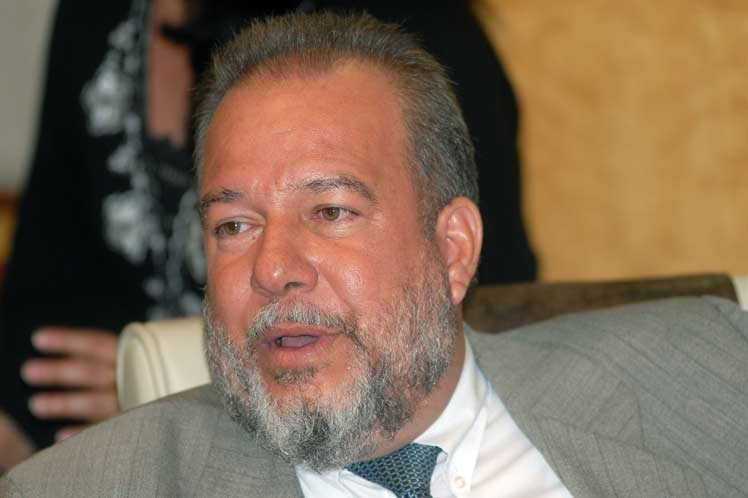 The until now Minister of Tourism of Cuba, Manuel Marrero, was appointed Cuban Prime Minister by the National Assembly, at the proposal of President Miguel Díaz-Canel.

The appointment of the Prime Minister, a figure that reappears on the island with the new Constitution and was absent for more than four decades, was one of the highlights of the current parliamentary session and had generated great expectation among analysts and the general population.

According to the current Magna Carta, when Marrero―56 and who has been running the Ministry of Tourism since 2004―occupies this position he becomes the Head of Government of the Republic for a period of five years, during which he will head the Council of Ministers and must render account of his work before the President of the Republic and the Legislative.

Marrero’s proposal was unanimously supported by the Assembly. His appointment came as somewhat of a surprise, as the former minister of tourism was not the favorite candidate of the analysts, who were mainly inclined for Roberto Morales and Inés María Chapman, who were Vice Presidents of the Council of Ministers and who were now designated as two of the six Deputy Prime Ministers.

Together with them, the historic commander Ramiro Valdés, Ricardo Cabrisas and Jorge Luis Tapia, who until now were also Vice Presidents of the Council of Ministers, were appointed. The sixth Deputy Prime Minister is Alejandro Gil, who will combine this function with his position as Minister of Economy, for which he was ratified this Saturday.

Meanwhile, José Armando Ricardo Guerra was ratified as secretary of the Council of Ministers.

At the proposal of President Díaz-Canel, the remaining members of the Council of Ministers were also appointed, which include six new ministers: Marta Elena Feito, as Minister of Labor and Social Security; Juan Carlos García, as Minister of Tourism, replacing Marrero; Martha Sabina, as Minister-President of the Central Bank of Cuba; Jorge Santiago Sobrino, as Minister of the Food Industry; Eloy Álvarez, as Minister of Industries; and Nicolás Arrente, as the new Minister of Energy and Mines.

The rest of the ministers were ratified in their positions. They are:

This Saturday the Cuban deputies also approved the legislative schedule of the National Assembly until 2022, “whose compliance will be assessed annually by the Parliament, which will approve the necessary changes,” the official Cubadebate website said.

As part of this, and following the guidelines of the recently enacted Magna Carta, 39 new laws and 31 decree laws are included, totaling 70 higher-level legal norms. Extraordinary sessions of the Assembly are also expected in April and October with “the objective of approving an important number of legal norms during the next year.”

Minister of Justice Oscar Silvera affirmed that “the planned dates were based on seeking a balance between the priorities of the country and real possibilities of the dynamics of work of the National Assembly,” in search of “each law strictly complying with what has been approved.”

For his part, the president of the Assembly and the Council of State, Esteban Lazo, explained that due to the extension of the legislative schedule derived from the current Constitution, the laws and decrees laws based on it “cannot be addressed in their totality in the current Legislature, so others will have to be deferred for the next one.”

In the parliamentary session it was specified that the Family Code, one of the most awaited legislative drafts because it could include the controversial issue of same-sex marriage, will be presented at the National Assembly in March 2021, after which it will be submitted to a popular consultation. In December of that same year the text must be approved by the deputies, who will also decide on the date of the referendum that will finally decide―or not―its approval.

The ratification by the permanent commissions of the National Assembly of the agreements and provisions of the Council of State taken in the second half of 2019 was also announced this Saturday and naming 2020 as “Year 62 of the Revolution” was approved.