The greatest effects are not found in crops, but in residential areas, according to First Deputy Minister of Agriculture Idael Pérez. 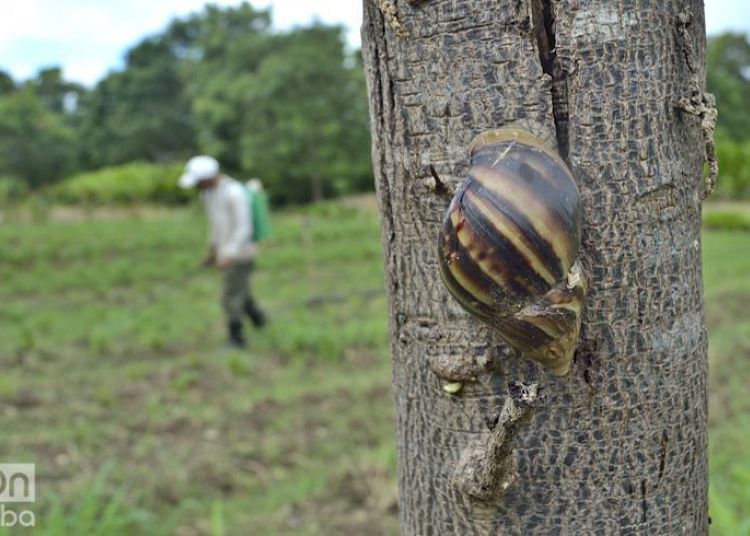 The giant African snail, a plague that has spread rapidly in Cuba, is already present in 56 of the island’s municipalities, said First Deputy Minister of Agriculture Idael Pérez.

Addressing a commission of the Cuban parliament, which is currently in session in Havana, Pérez explained that there are no reported cases of the presence of mollusk only in the provinces of Cienfuegos and Guantánamo, and that a “multifactorial working group” is currently operating and it will “make it possible to have a system to face this situation.”

“As a result, more than 11,000 facilities are currently monitored between seedbeds, organoponics and nurseries, and we can say that the greatest effects are not found in crops, but in residential areas,” affirmed the deputy minister, cited by the newspaper Granma.

Pérez stressed the importance of carrying out systematic control work and providing more training, both for health personnel, the Ministry of Agriculture, and the population, “taking into account that the largest number of such snails is in the backyards of homes.”

He also said that “biological and chemical studies are being carried out for the control of the pest,” but he urged “to continue insisting on guaranteeing the lime solution in the most affected territories, so that the population can have access to this resource and mitigate the presence of the giant African snail.”

This mollusk was first detected in Cuba in 2014 in the Havana municipality of Arroyo Naranjo, and it has now practically spread throughout the island. Considered one of the hundred “most invasive” harmful species in the world, its introduction was apparently due to Afro-Cuban religious practices.

This snail can lay between 50 and 300 eggs six times a year, and live up to nine years. Its capacity to adapt and survive, together with its serious effects on agriculture―of which it is a pest―and human health, make it an extremely dangerous species.

The Cuban government is carrying out a campaign to combat its advance and avoid its harmful effects, in which it has asked citizens and social organizations to participate together with specialists and health workers, given the rapid spread of the mollusk.