Many of the thousands of Cuban immigrants leave their “ration book” to their relatives or friends on the island, who continue to collect the products for people who are no longer in the country, and consume or sell them to increase their income. 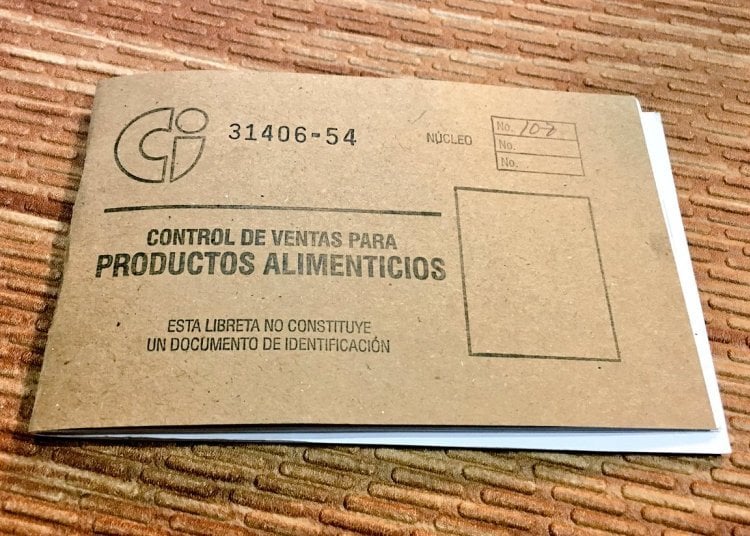 The Cuban government will study the possibility of withdrawing the right to receive the monthly quota of subsidized food of citizens who remain outside the country for long periods, in an effort to save the State expenses.

The Cuban family food basket sells basic products such as rice, oil, bread and eggs at symbolic prices and is distributed through a ration book, an anachronism that has become one of the biggest headaches for the authorities due to its high cost.

This subsidy is still essential for the lower income sectors in Cuba and in the persistent crises of shortages it becomes the only way of having a constant supply of some food products.

Many of the thousands of Cuban immigrants leave their “ration book” to their relatives or friends on the island, who continue to collect the products for people who are no longer in the country, and consume them or sell them to increase their income.

The proposal was approved this Friday at the last plenary meeting of the National Assembly, when a deputy from Havana asked that “the possibility that people who leave the country for a long time do not continue to receive the standardized family basic food basket, since it implies large expenses (to the State),” be studied

Minister of Domestic Trade Betsy Díaz responded that they have already assessed similar proposals and agreed that they should issue new regulations that define the minimum term to terminate the “consumer registry,” a list that controls family households and their composition.

Díaz insisted, however, that the procedure must be updated taking into account the reasons for extended stays outside the country.

“There are those who leave on a mission and it is not always for recreational reasons,” she said referring to the professionals that Cuba sends to work in other nations.

Each family receives a “ration book,” where their members and the food they receive are recorded. The head of the household is the one who has so far the power to decide to insert or take out persons in the document.

This procedure has allowed thousands of Cubans who have immigrated or spend long periods outside the island to continue receiving the subsidy, with the consequent expense for the coffers of the government, which seeks ways to save in the middle of one of the worst crisis in recent decades

A symbol of food shortages and economic difficulties in Cuba, the ration book officially came into force in 1962 and in the beginning also included, along with food, toiletries, cigarettes and cigars.

With the economic reforms promoted by former President Raúl Castro to “update the Cuban socialist model,” the ration book “thinned” and today only a small group of products such as beans, sugar, chicken, eggs, rice, oil, salt, pasta and bread can be bought with it, at a total cost that does not reach two dollars per person.

Although the amount of food has also decreased over the years, the family food basket is still a well-received “aid” in a country where the average state salary does not reach 45 dollars.

In 2011, the government proposed its organized elimination and warned that the book favored “both the needy and the non-needy citizen,” while promoting “bartering and resale practices” and “an underground market,” an announcement that worried an important part of the population.

Then it decided that the disappearance of the ration book would be “gradual,” but for the moment it is still being used.

Cuba spends about 2 billion dollars a year to import 80% of the food it consumes.