It doesn't matter too much how the market looks in programmatic texts and documents because the bureaucracy’s resistance has, like the Holy Spirit, a multitude of paths. 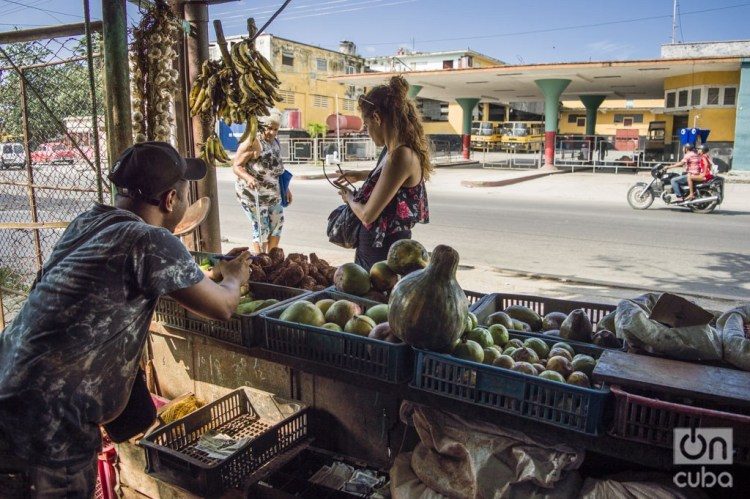 After having undergone a drastic disconnection from the USSR and CAME mechanisms, with dramatic repercussions on the quality of life of citizens, a group of strategies aimed at weathering its internal and external impact were adopted in Cuba.

The economists of the 1990s used to refer to tourism with a metaphor of frightening futuristic flavor, but real, when they said that it was the new locomotive that pulled the train, as sugar did before. That was in force until the emergence of new alternatives, mainly the sending abroad of medical personnel and technical advisors for a limited time. From there they sent remittances―and send―to their relatives and returned with goods and merchandise not easily purchased on the island after having contributed to the State a substantial part of their monthly emoluments, the amount of which varies depending on the country in question.

Foreign investment, on the other hand, never became a hard and definitive economic fact due to a set of various limitations and restrictions, but especially slowness, bureaucratization and the old mentality. However, it implied the emergence of a business sector involved in joint ventures and tourism, frequently affected by a clash between historical values ​​and those of the logic of capital, which in turn determined the adoption of a Code of Ethics to try to stop corruption cases, one of the most worrisome problems of the current Cuban reality.

At that time “market” also became a word present in everyday reality and life. There was the expansion of the categories of self-employment in the area of services for the ​​population, a growing source of employment for a significant number of people. Private cafeterias and light food vendors appeared that had practically vanished from the map since the 1968 Revolutionary Offensive. This marked another change: from that moment on, the State was no longer the sole employer.

Family restaurants also emerged, popularly known as paladares, and people renting one or more rooms in their homes to customers―preferably foreigners, but not limited to them. And with them came another new word in the vocabulary: taxes.

After having been abolished in 1986, the farmers’ markets, popularly known as “agromercados” or “agros,” were again authorized with prices regulated by supply/deman during the so-called Process of Rectification and Negative Trends, in the context of the rafters’ crisis―through which about 35,000 emigrants entered the United States, mostly people under 35 years old. Beans, it was said then, were more important than cannons.

On the other hand, the country opened more to the outside world as a result of the new migration patterns―the so-called Cuban diaspora―which introduced not only a new economic-social dynamic through remittances (approved after legalization and tenure of foreign currency in 1993), but also cultural remittances that alter in several ways the notion of the national and have an incidence on the formation of new identity groups (transvestites, transsexuals, gays, rappers, Rastafarians, emos and others). Seen from that viewpoint that is now of interest, they enhance the culture of the market: clothing and shoe brands, fashion, lifestyles….

The point is that more than 20 years after those processes, in Cuba the market is still being demonized―in fact or between the lines―, largely because it is identified with capitalism. As economist Julio Carranza writes, it is, however, a social relation of production “that cannot be eliminated or reduced to its minimum expression by decree; if the door of the formal economy is closed, it sneaks in through the window as black market and alters everything in the worst way, triggers repressed inflation and encourages corruption.”

The newest expression of the abovementioned is to impose a price system violating the supply-demand relationship, which eventually results in different types of distortions. Experience suggests that the calls to the population to denounce the violators of these capped prices, which have been consistently made for some time, will not solve the problem.

What’s fundamental is that productive forces are not empowered to do just what they are called to do: produce and create social wealth. In practice, current economic policy planners do not seem to have this element in their hard drives, especially with regard to non-state economic actors, on which persistent control measures are being exercised. The self-employed as a “necessary evil,” something that comes from the 1990s, then appears in the center of that family photo.

The truth is that this attitude towards the market results in restrictions and pressures on private enterprises and cooperatives, which have been approved drop by drop, in the middle of zigzags and with a foreseeable impact: doubts and uncertainties in current (and potential) entrepreneurs.

It doesn’t matter too much how the market looks in programmatic texts and documents because the bureaucracy’s resistance has, like the Holy Spirit, a multitude of paths. It is silent―but it works from different administrative levels.

Market, that word. The question is to regulate it, not sabotage or torpedo it.