We have to compete with the world, not against it; and knowing how to use the rules of world trade, not against them. 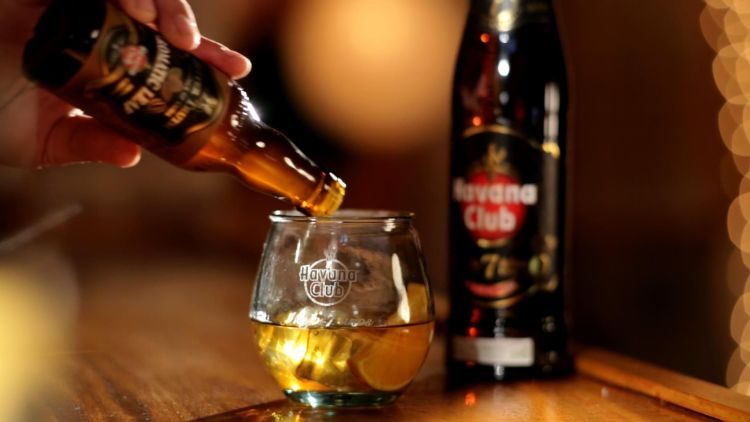 While this week almost all Cubans discussed this exciting matter of imagining how we are going to be able to buy (import) what we want, without having to go to any other country or depend on someone who does so (some “cubanicio”: Cuban with Phoenician). And as always with these measures, suddenly several groups are created that move within the space that exists between total detractors and outright defenders. But in recent days something else also happened of tremendous importance but which the press did not give, according to my opinion, the relevance it has, and it was President Díaz-Canel’s meeting where the issue of exports, which is one of those we depend on as a lifesaver, was once again dealt with.

That meeting should be broadcast three or four times on television and should be studied in detail by the entire Cuban state business system and also, why not, that other one that we call non-state, but also Cuban and which also produces wealth.

From what I could catch from this broadcast, some ideas stayed with me that I will try to reproduce and which President Díaz-Canel highlighted:

Regarding Cuban exports there are four truths that should not go unnoticed and that are the result of these years of transformations:

Now let’s take a look at the numbers, let’s look for those data that sometimes teach us things that we don’t like but are definitely reality.

After the disappearance of the “socialist camp” we never again achieved the same income from the export of goods.

The largest volume of income from the export of goods after the 1990s was reached in 2010, due to two fundamental factors: the boom in prices for raw materials―in 2010 nickel prices ranged around 22,000 dollars a ton and those for sugar almost 47 cents a kilogram, that is, 470 dollars a ton [1]―and, as a second factor, that year our trade with Venezuela reached 1,716,379,000 dollars, more than doubling 2009’s income.

In short, the “special conditions” under which Cuba has developed its foreign trade and price situations have been those that have conditioned our “good results.”

It is true that before 1989 we exported other products, but it is also true that we did it under special conditions, all of which I will summarize in a “highly subsidized production system” and the advantage of having “captive markets” for some of those products, not all of them.

I don’t think those conditions will be repeated. Moreover, thinking in terms of development, it would be better if they were not repeated. We have to compete with the world, not against it; and knowing how to use the rules of world trade, not against them, even when they are tremendously unfair, because we aren’t in a position to change them. I just made another great discovery!

And now let’s tackle the matter. Export is, in these pages I have repeated it, the production of a play that is carefully put together behind the scenes. Behind an exported product there is a lot of work that is not seen.

A not-so-difficult exercise, all our entrepreneurs and directors of Basic Business Units should ask themselves how those foreign exporters from whom we all buy that immense amount of products that we import and that they manage to sell us despite the thousands of obstacles that our foreign trade system has been able to create in all these times manage to do it?

For them it is like carrying out an obstacle race: they must first qualify in the client portfolio, then keep track of tenders that sometimes don’t arrive, going through the financing requirements in almost unimaginable terms.

Despite all that, they manage to sell us something and, for the record, they are often small companies with a small working capital, and in almost all of them Cuban workers are the ones who really do the commercial work. So I think we can ask those Cubans how they do it.

Let’s ask ourselves if our enterprises have and meet those conditions. If our workers, who participate and create the products that are exported, are sufficiently incentivized. If our famous payment systems (hopefully, God may rest their souls at some point) allow enterprises to manage these incentives, or if on the contrary, they generate enough disincentives that condemn the export effort, get the entrepreneurs into a tight spot, reduce their decision-making capacity and castrate their creativity.

Let us ask ourselves if it is necessary to grant a monopoly on exports and imports to a group of enterprises and force our producers to have to do so through them.

And, why not, let’s return to the same question from other times. Given the situation we have, depending on exports, how is it possible that our producing enterprises, which create the products, have to obtain an export permit instead of having the “freedom to export” from the start?

Some more can be added. However, I want to underline that there are good export experiences in Cuba. There’s Habanos, there’s Havana Club. They have succeeded, even against cigar brands and against Bacardi and the Helms Burton Act. Well, let’s ask them too.

It is true that they are joint ventures, but why is it that 100 percent Cuban enterprises can’t have access to those same prerogatives? Who or what is preventing them? Let us also ask those Cuban enterprises that in spite of everything have achieved it.

If the President of the Republic of Cuba has publicly stated it, if he has stressed once again that we depend on exports, if ministers and Party officials were at his side, if everyone nodded, then what are we waiting for?

How good it would be to have a Mesa Redonda to explain the new facilities that all Cubans, all of them, state and non-state entrepreneurs and cooperatives, will have to export. I hope it’s as soon as possible.