Figures updated by a Customs and Border Protection agency report exceed the 35,000 migrants received during the 1994 rafters crisis. 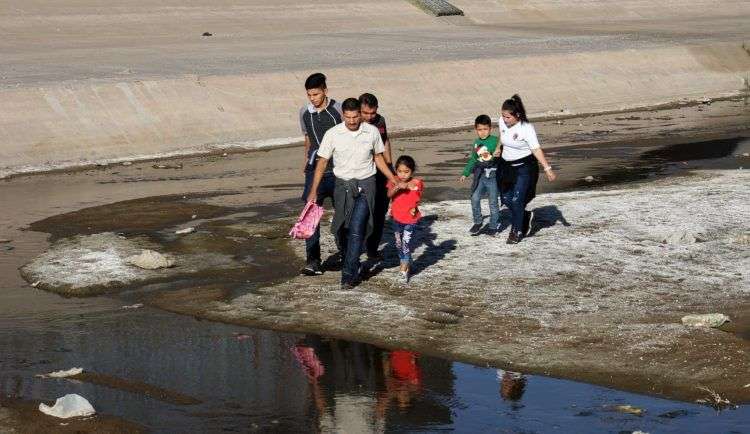 A family of migrants crosses the Rio Grande on Tuesday, April 16, 2019, at the Ciudad Juárez border, in the state of Chihuahua. Photo: David Peinado/EFE.

The number of Cubans who arrived by land in the United States from October 2021 to the end of February 2022 amounted to 46,762, a number much higher than the 35,000 during the 1994 rafters crisis, according to a report published this Tuesday by the newspaper El Nuevo Herald.

The five-month figure also exceeds that of the 12 months of 2021, which had already been a record (39,303), according to data from the Office of Customs and Border Protection (CBP).

The newspaper, which links the increase in the migratory flow of Cubans to the hardening of economic and social conditions in Cuba and to the wave of arrests and convictions after the 2021 anti-government protests, indicated that arrivals by sea have also reached record levels, the EFE news agency pointed out.

The Coast Guard intercepted 1,067 Cubans in the first five months of fiscal year 2022, while in the same period of the previous fiscal year there were only 838.

Most of the Cubans who arrived by land in the United States have been admitted, unlike those who arrived by sea, who are mostly deported, the newspaper said.

Unlike immigrants from other countries, few Cubans who made it to the southern border have been deported. As a rule, they are released at the border with a parole or under other supervision regimes after expressing credible fear of being returned to the island, the media reported.

It also specifies that these cases are generally sent to court for deportation proceedings in which they can request asylum, but that they are likely to be resolved before they are considered by an immigration judge because the current Cuban Adjustment Act, of 1966, allows them to be admitted to the United States, apply for permanent residence after one year and one day, even if they are fighting deportation in court.

In the midst of this panorama, the governments of Cuba and Mexico announced that they would hold the 15th Round of Conversations on Migratory Issues this Wednesday in the Mexican capital with the aim of analyzing the state of the migratory flow between the two countries, according to a dispatch from Prensa Latina (PL) news agency.

The delegations would verify compliance with the Memorandum of Understanding on migratory matters signed between the two nations and would ratify the will and commitment to carry out joint actions to strengthen cooperation in the migratory field in order to guarantee a regular, orderly and safe flow of travelers, the report added.

The vast majority of Cubans who have arrived in the United States in recent months have done so through the Mexican borders. The immigration authorities have returned 784 irregular Cuban migrants to the island so far this year, all of them intercepted while transiting through its territory towards the border.

At the end of last March, the Mexican authorities returned a group of 107 irregular Cuban migrants and the remains of three other Cuban citizens who died on March 15 in a fatal traffic accident in the southern state of Veracruz.