It is the Destino Habanero Local Development Project (PDL), which after six months of being approved is still waiting for paperwork to be able to rent and refurbish the premise where they intend to establish themselves. 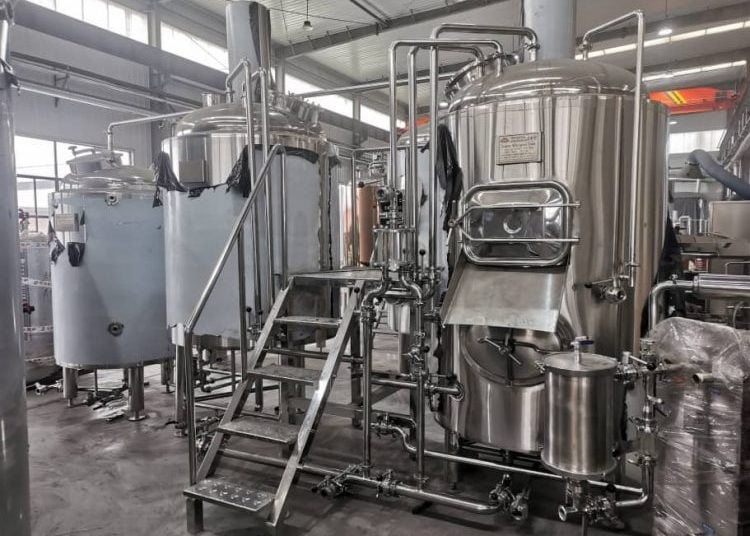 Equipment for the small brewery of the Destino Habanero Local Development Project. Photo: Taken from Cubadebate

A project approved six months ago and promoted by Cuban entrepreneurs to create a small brewery in Havana has not been able to start production due to restrictions of bureaucratic procedures, according to official media on the island.

It is the Destino Habanero Local Development Project (PDL), one of the new approved MSMEs that since February 2021 had made the news after the signing between the Cuban enterprise Maquimport and the Chinese Jinan China-Germany Brewing Co LTD for the import of a mini-brewery, the center of this undertaking, according to what was published by the official Cubadebate website.

Overcoming the limitations with payments through international financial institutions, according to the aforementioned media, due to the intensification of the U.S. embargo that hinders the operation of Cuban enterprises, was the first obstacle that the project faced.

Before overcoming this inconvenience, the proposal had already obtained the approval of the Administrative Council (CAM) of Playa municipality in the capital, a stage described as “very bureaucratic” by Jorge Félix Álvarez, one of the leaders of the project.

The problems continued because due to a lengthy paperwork process, the project has not been able to establish itself on the corner of 39 and 42, where only the ruined facilities remain of what was the emblematic Pío Pío restaurant in that municipality of the capital.

According to what was reported to Cubadebate by Juan José Pellón, another of the project’s creators, in order to lease the space and start the construction actions, “the Playa Administration Council, through the real estate agency, needs its assets to be transferred from the business of commerce and gastronomy. Do you think it’s fair that a place like this be lost, when we have the resources to repair it?” he asked.

“We had a meeting at the Playa CAM, where its president, the representative of ONAT, the Banmet (Metropolitan Bank) and a representative of the real estate agency, which is in charge of renting the physical space, were present,” Juan José pointed out, but “six months have gone by and we continue to receive the same response. We don’t understand why these things happen, a fact that goes against the country’s directives to promote non-state forms of management. What we want is to give a useful life to a deteriorated and abandoned premise,” the entrepreneur said to the aforementioned website.

By the way, according to the report by Oscar Figueredo, that territorial development focuses on making the most of the endogenous resources of a territory, such as land, industrial capacity and science. At the same time, he underlined that this idea is in perfect harmony with what was expressed on numerous occasions by President Miguel Díaz-Canel, who has recognized that it is precisely in the locality where “all processes must be developed, with autonomy, with integrality, to seek that development that we want.”

Regarding the locality, the Cuban president has warned that “nobody can propose something that hinders its work or does not take into account its characteristics and, consequently, cause damage to it or limit the development of its management,” the publication specifies. According to data provided by Aizel Llanes Fernández, territorial director of the Ministry of Economy and Planning (MEP), and used here, during the Cuba 2021 Productive Economic Conference, there were 423 local development projects in the nation, 314 of which are of an economic-productive nature.

Since 2020, Cuba has had a policy to boost territorial development (PIDT), in accordance with article 68 of the new Constitution, which recognizes the autonomy and legal status of the municipalities, opening the way to overcome the centralist, vertical and sectoral tradition, and place the municipality as a key player in development, the website analyzed.

However, cases such as that of the Destino Habanero PDL show that bureaucracy continues to be one of the hindrances to update the Cuban economy, in crisis aggravated by the impact of the COVID-19 pandemic, the effects of the embargo and the little effect of some of the measures to achieve social wellbeing.

Last week a 40-foot container arrived in Cuba with parts and pieces, and another with essential raw materials to start the venture, but now its owners do not know what they will do with them, Cubadebate reported. “Where do we keep them until we can have a premise? Who pays me if any of that equipment is damaged?” Jorge Félix told the website.

Faced with this situation, the entrepreneur contacted officials of the Provincial Commerce and Gastronomy Enterprise of Havana, who explained to him “informally” that the delay in this process is due to a change in the procedure for renting premises for the forms of non-state management. At the same time, they said that they “would be look into” this case, but to date “we haven’t received any response from the agency that clarifies the reason for such a delay.”