Among the most requested modalities are the preparation and sale of food, passenger and freight transportation and home rentals. 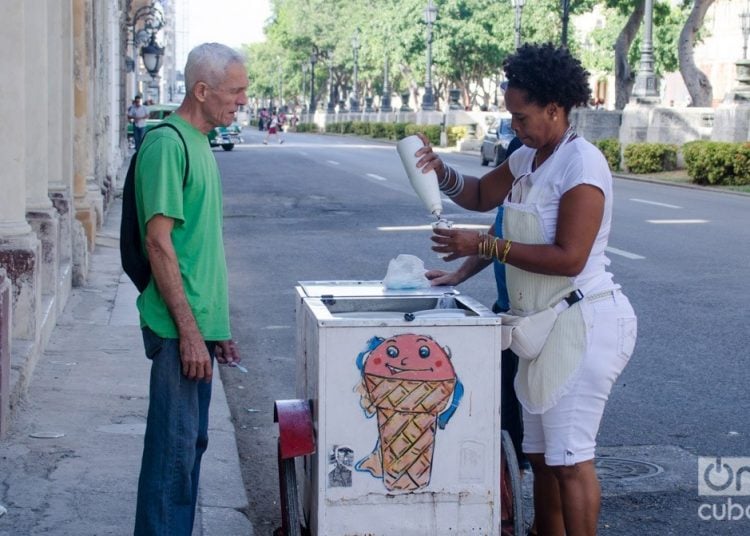 With the inclusion of 10,000 new “self-employed workers” last May, Cuba already registers 605,908 workers who operate outside the State sector, according to statistics revealed this Tuesday by the island’s Ministry of Labor and Social Security (MTSS).

Out of the Cuban self-employed 35% are women and 32% are young, specified the minister of MTSS, Margarita González, during the sessions of the permanent commissions that the National Assembly is holding with a view to next Saturday’s plenary meeting.

Among the most requested modalities are the preparation and sale of food, passenger and freight transportation and home rentals, González said, according to a report by the Cuban News Agency about the sessions, which the accredited foreigner press on the island does not have access to.

The minister of labor added that until last May there were 77,522 dropouts, concentrated mainly in the sectors of gastronomy, construction, beauty services and hired workers, in some cases at their own request and in others for breach of tax obligations.

A total of more than 1.4 million people in Cuba currently belong to the private sector, a figure that includes holders of licenses for self-employment and their hired workers.

The expansion of private work was one of the key reforms promoted by former Cuban President Raúl Castro, with the aim of “updating” the island’s socialist model and reducing the bulky state-sector staff, which at the end of 2018 employed a little more of 3 million Cubans.

The number of “self-employed” Cubans has maintained a steady growth since the sector was opened almost a decade ago and has gone from including just over 157,000 people in 2010 to representing 13% of the workforce.

As part of the process of revision and “reorganization” of the sector, the Cuban government put into effect new measures, among which it added five new allowed modalities to the previous 127 and allowed establishing more than one activity in the same domicile.

It also eliminated the limit of 50 capacities for restaurants, bars and cafeterias and approved the possibility that legal entities can contract products and services from self-employed workers.