It is part of an exchange with the medical community of the city of Cuautla and through a Twinning Agreement between that Mexican town and the Cuban city of Matanzas. 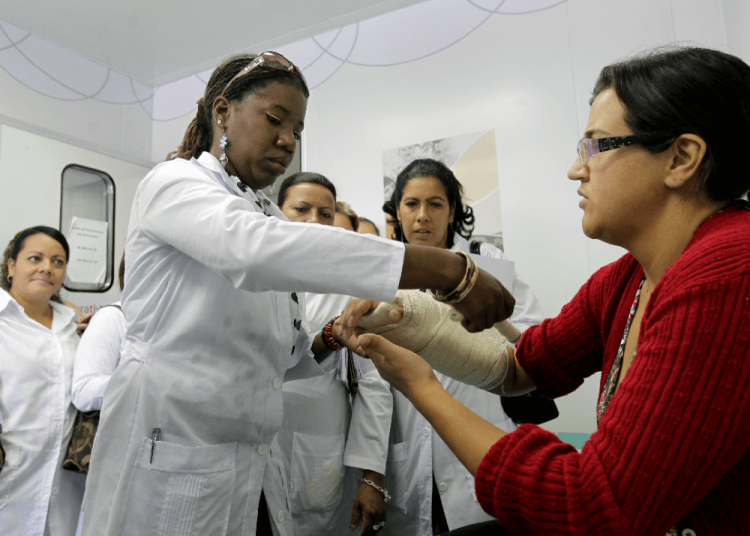 Cuban doctors will treat residents of the city of Cuautla, in the Mexican state of Morelos, as part of an exchange with the local medical community, according to the city’s authorities.

The government of Cuautla announced the visit of “a delegation” of Cuban doctors with the objective of “generating an exchange of knowledge, experiences, realities and good practices” among doctors from both countries, according to El Diario de Morelos, which does not specify the number of professionals from the island who will be arriving in Mexico.

The visit is scheduled “for the end of September” and is part of a common agenda between the Mexican city of Cuautla and the Cuban city of Matanzas, among which there is a Twinning Agreement that just turned 20 years old.

“Five or six exchanges have already been held” during that time, according to Nicolás Rodrigo Aguilar, in charge of the Office of International Affairs of the city hall of Cuautla.

Aguilar explained that on this occasion the exchange “not only consists in the visit, it is a concrete task with the local medical community and the No. 3 Sanitary Jurisdiction, as well as with other municipalities of the eastern region of the State, so that this also has an inter-municipal approach.”

The exchange “foresees two weeks of visits to different hospitals” to which “the College of Physicians of Cuautla would be invited.” In addition, he said that the intention is that it “benefit the local population, with a mid- and long-term vision” and also for the island’s professionals “to get to know a little of the local idiosyncrasy and culture.”

The visit will focus on the treatment of ulcers and stomas, maternal death, and nephropathies.

“It isn’t about copying each other, but about exchanging, sharing and seeing the good or the common that exists between the two sister cities and applying it, tropicalizing it in the context of Cuautla and in the Cuban context,” commented Aguilar.

After the arrival of Andrés Manuel López Obrador to the Mexican presidency, there was speculation that Cuba would establish a medical mission in Mexico, driven by the affinities between both governments and the end of the island’s cooperation in Brazil, but the president denied those comments.

However, diverse media have insisted, citing “sources close to the Mexican government,” that the cooperation agreement is underway and that as part of it thousands of Cuban physicians should arrive in Mexico, without there being another official statement regarding this.

Last June, health authorities from the two countries held a meeting in Mexico to “strengthen” institutional relations. At the meeting, which was attended by Lázaro Cárdenas Batel, chief of advisers of the Mexican Presidency, and Cuban Minister of Public Health José Ángel Portal, it was insisted that one of the priorities of the López Obrador government is to achieve “the universalization of health services.”

The general director of the Mexican Social Security Institute, Zoé Robledo, said that both parties should advance “in updating the technical cooperation memorandum of understanding” in order to “give continuity and validity to the main issues of the common agenda, particularly in primary health care.”