The price reduction is a “constant demand” from ETECSA’s clients, and “although it is not enough, ever since 2013, when the navigation rooms began, they have been decreasing as offers have expanded and diversified,” said ETECSA’s commercial vice president. 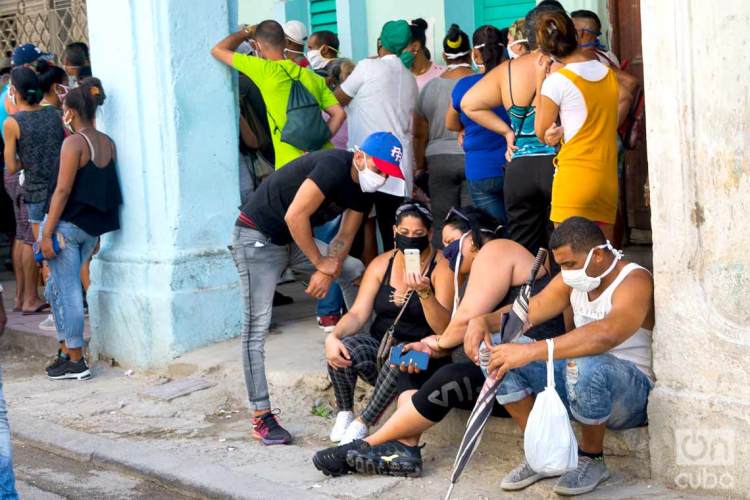 More than a million Cubans have connected to the Internet through the 4G network of the Cuban Telecommunications Enterprise S.A. (ETECSA), said Hilda Arias, the entity’s commercial vice president.

According to Arias, so far more than 3.7 million mobile Internet services have been activated on the island, although she acknowledged that the price remains high, Cubadebate reported.

The price reduction is a “constant demand” from ETECSA’s clients, and “although it is not enough, ever since 2013, when the navigation rooms began, they have been decreasing as offers have expanded and diversified,” said the vice president, quoted by the source.

For his part, the firm’s vice president for investments, Luis Iglesias, explained that in 2019 ETECSA executed investments “only comparable to the beginnings of the company.”

As part of the mobile data Internet expansion program, 682 new third generation (3G) and 497 4G network radio bases were installed, with which mobile Internet coverage exceeds 75% of the Cuban territory, according to data provided by ETECSA executives.

In the midst of the health crisis caused in Cuba by COVID-19, and as a result of the confinement measures, there has been a 90% increase in the traffic of the cell network.

“We have had important challenges because we know of our clients’ communication needs. Not only to maintain contact with family or friends, but to support modalities such as teleworking, which are vital in times of social isolation,” said Tania Velázquez, first vice president of the firm, which holds the monopoly on telecommunications in Cuba.

The executives announced that for the second half of June, new offers will be implemented for the 4G network, and that further on the possibility of acquiring combined Voice, SMS and Data packages by prepaid customers will be enabled.

This month ETECSA included a data voucher for the first time as part of its promotion of international recharges, given the increase in complaints from customers who reported the rapid consumption of the data voucher. Officials from the entity explained that there was no anomaly, nor was there a “wrong pricing.”

The director of operations and maintenance of the state enterprise, Kevin Castro, justified what happened by assuring that many people “have confused this recharge voucher with the LTE voucher, which is applied to some of the data packages offered by ETECSA today.”