The Russian Ministry of Foreign Affairs, in coordination with the Azur Air carrier, has organized a special flight from Moscow next Wednesday, June 3, in which a group of Latin American citizens stranded in Russia will be able to travel to their countries of origin. 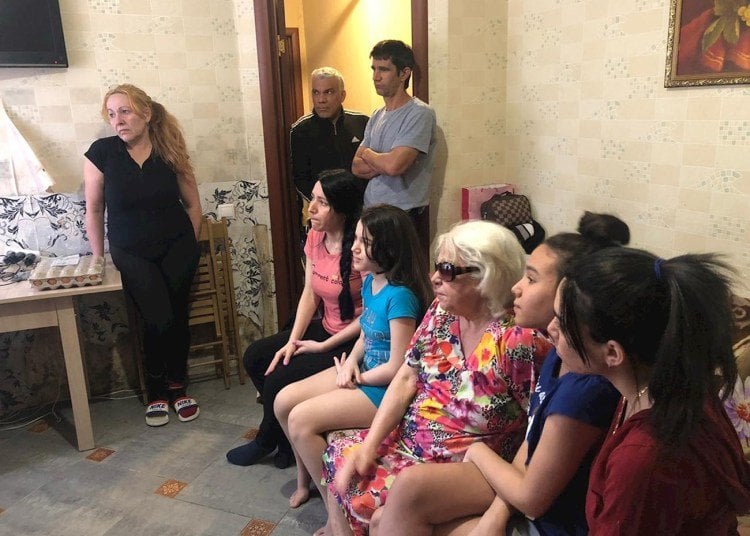 The Cuban Consulate in Moscow reported this Sunday that the Ministry of Foreign Affairs of the Russian Federation, in coordination with the Azur Air carrier, has organized a special flight in which several Latin American citizens, including Cubans, stranded on Russian soil will be able to return to their countries of origin.

The flight will leave from Moscow next Wednesday, June 3, with the aim of picking up and repatriating Russian citizens stranded in several Latin American countries, including Cuba. Taking advantage of the fact, and based on the coordination between the local authorities and the embassies in Moscow of the nations involved, “the possibility of returning to their countries of origin will be provided to groups of citizens of those nations who are stranded in Russia.”

“On the aforementioned flight, only Cuban citizens residing in Cuba who had come to the call of the Consular Section to update their immigration status and register their request to return to the country may return to Cuba, after acquiring the air ticket,” the diplomatic mission confirmed on its Facebook account, which does not specify how many capacities will be available.

The statement explains that the registration of requests is in the hands of the Eurasian country’s migration authorities, which will operate the flight dispatch and verify if the passenger in question is registered on the list.

Only those who have actually registered can board the flight, so the Consulate requests that Cuban citizens residing on the island interested in acquiring a ticket contact the Consular Section through the Facebook social network in order to clarify each case.

In the Facebook post, the Cuban Consulate also confirmed that it is not a humanitarian flight, so each traveler must pay for the ticket. The island’s authorities also specified that the prices of the tickets were established by Azur Air.

According to the airline’s reservation page, a ticket costs around 43,000 rubles, just over 600 USD.

With air operations suspended until at least August, several Cubans were stranded in Moscow facing a panorama of absolute uncertainty. With no money or decent food and lodging options, and exposed to the spread of the coronavirus, the situation is quite sensitive.

“Citizens who are in this situation [stranded in Russia] and have contacted our diplomatic mission through several channels, telephone, email and social networks, have been given support in terms of advice and information, guiding them on how to extend their stay or regularize their immigration status according to the new provisions of the Russian Government in this regard,” Consul Eduardo Lázaro Escandell told Sputnik.

With nest June 3’s flight, several Cubans will be able to return to the island, but the panorama will remain tense for others. Hundreds or perhaps thousands of Cubans traveled without full knowledge of the laws and have been exposed to abuse and scams in a country where an unknown language is spoken.