Among the six legislative instruments approved last week by the Council of State is a decree-law “on the organization and operation of the Government Information System,” and another that “establishes the Science, Technology and Innovation System, its fundamental components, principles, functions and organization.” 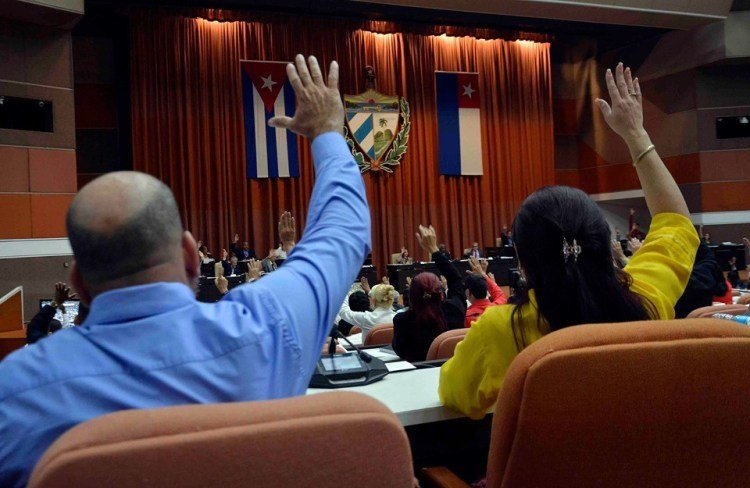 Six new decree-laws were approved last week by the Council of State of the Republic of Cuba, as announced on Wednesday by the island’s National Assembly.

In a note published on its website and reproduced by the Cuban press, the Assembly reported that the decree-laws were approved at a session of the Council of State held on Thursday April 16, “in compliance with the Legislative Schedule,” endorsed by the parliament itself last December.

The session, in which President Miguel Díaz-Canel and Prime Minister Manuel Marrero participated, gave the green light to Decree-Law No. 5, “which establishes the special social security regime for the protection of associated persons in the Basic Units of Cooperative Production (UBPC)” and to No. 6, “relating to the organization and operation of the Government Information System,” according to the brief explanation of the parliamentary entity.

Also No. 7, “which establishes the Science, Technology and Innovation System, its fundamental components, principles, functions and organization,” and No. 8, “regarding the organization and operation of the Standardization, Metrology, Quality and Accreditation systems.”

Finally, also approved were Decree-Law No. 9, “on Food Safety, which establishes the principles for a healthy diet for citizens” and No. 10, “which provides the regulations for the creation of National Regulatory Authorities, responsible for ensuring compliance with current legislation in their area of ​​competence.”

The approval of these legislative instruments comes at a time when the Cuban government is prioritizing the fight against the coronavirus pandemic as part of its work agenda and carries out a group of measures to contain the transmission of COVID-19.

Previously, State Council of State had approved other decree-laws―including one on the country’s National Document Management and Archives System, and another on the creation of a national commission to address the issue of genetically modified organisms in Cuban agriculture―the first of the 15 planned for the current year, according to the schedule approved on December 21, 2019, which follows the guidelines of the island’s new Constitution.

According to the Magna Carta, the decree-laws approved by the Council of State―which is the collegiate body that represents the National Assembly between its sessions―must be ratified by the Assembly itself at its next session.

According to the legislative schedule, in 2020 the Cuban Parliament must submit to analysis and presumably approve 14 laws, including those of the People’s Courts and the Criminal Procedure, as well as Defense and National Security, Housing, and Public Health.

In addition, it must endorse 15 decree-laws, whose approval falls on the 21 members of the Council of State, led by Esteban Lazo, also president of the National Assembly. After the instruments approved so far, the rest must be analyzed in sessions scheduled for June, September and November.

Transfers and donations from Switzerland for Cuban public health blocked