The Panamanian immigration office notified that the suspension is due to a review of "the procedures for entering Panama as tourists." 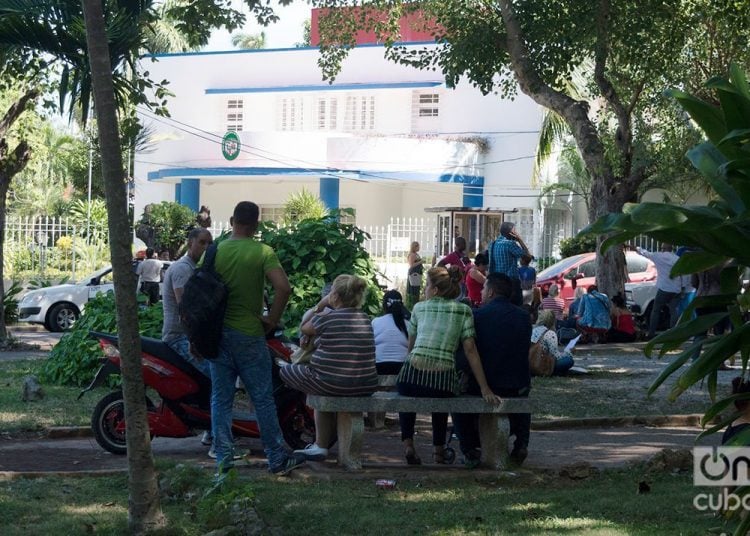 Cubans queue up in front of the Panamanian embassy in Havana to request the "shopping tourism card." Photo: Otmaro Rodríguez / Archive.

The government of Panama “temporarily” suspended as of Wednesday the issuance of tourism cards to Cubans, created in October 2018, while it reviews the procedures for entering the country under that category.

In a three-paragraph statement, the National Migration Service (SNM) indicated that “it refers to the procedure established by Decree Law 3 of February 22, 2008, which authorizes the entry of tourists to Panamanian soil.”

In that context, the immigration office reported that “the issuance of tourism cards to Cuban citizens was temporarily suspended because the immigration authorities are reviewing the procedures to enter Panama as tourists.”

We notify you that the issuance of tourism cards to Cuban citizens was temporarily suspended.

“The tourist visa can be requested at the Panamanian Consulate in Cuba with the established requirements and procedures,” added the brief official missive.

The tourist card, with a cost of 20 dollars, could be requested in principle by Cuban citizens who did not have a stamped visa, and allowed a stay of 30 days in Panama. It was created in October 2018 by the Panamanian government presided over by Juan Carlos Varela (2014-2019) for Cuban citizens to go shopping in Panama.

To obtain it, Cubans had to present a round-trip ticket to Panama; have a self-employed worker ID card, a certificate of artisan, or having previously traveled to Panama or a third country.

Cuban citizens who had a valid stamped visa did not need a tourist card to enter Panama, according to Decree 613 of October 22, 2018.

. They have purchased a round-trip ticket to Panama

. They have a self-employed worker ID card

. They have a certificate of artisan, or

. They have previously traveled to Panama or a third country

On March 16, the Government of Varela issued another decree that established that Cubans should have a stamped visa to enter Panama, including those who obtained the tourism card and who entered the Central American country with it.

It was Executive Decree 122, “which establishes requirements and the procedure for those nationals of the Republic of Cuba who had previously obtained their respective stamped visa and the granting of stamped visa to those who have used the tourism card.”

That provision established that those Cubans who had already obtained a stamped visa will be able to obtain it again if they fill out an application form, pay 50 dollars and present their passport, as well as a copy of the previous visa.

Cubans who used a tourism card to enter Panama must also have a stamped visa as established in last March’s decree.

To obtain it, they must pay 50 dollars and meet requirements, including presenting proof of economic solvency that cannot be less than 500 dollars and which can be demonstrated by credit card or traveler’s checks, among others.

The government of Panama said that it “considers it necessary” to establish these requirements and stamped visa procedure for Cuban nationals after making “the corresponding assessment” as stated in decree 122.

Previously Cubans had enthusiastically welcomed the Panamanian decision to grant a card to access the Central American country without a visa, which is one of the most sought-after destinations for them to buy products not available on the island.