Every day about 300 Cuban tourists enter and remain in Panama for a short period of 3 or 4 days, with a certain capital to make purchases. 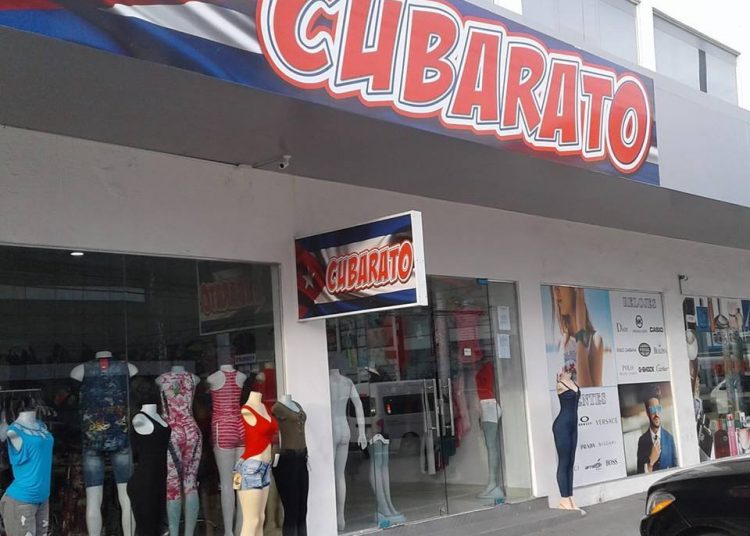 The Cubarato store, one of many specially aimed at Cubans in the Panama Canal Duty-Free Zone. Photo: @cubaratoZL / Facebook.

The Association of Users of the Colón Duty-Free Zone, the largest in the continent and located in Panama, this Thursday expressed its rejection of the temporary suspension of the issuance of tourism cards to Cubans put into effect on Wednesday by the Panamanian government.

The National Migration Service (SNM) of Panama said Wednesday that the issuance of the tourism card, created last October by the government of Juan Carlos Varela (2014-2019), was suspended while it reviews the procedures for entering the country under that category.

Users of the Panamanian duty-free zone said this Thursday in a public statement that “it has not been detected that these (Cuban) tourists come to Panama with a view to establishing their residence in the country or using Panama as a way to reach the States United.”

They stressed that every day about 300 Cuban tourists enter and remain in Panama for a short period of 3 or 4 days, with a certain capital to make purchases in the country, contributing to the economy through this type of tourism.

The delay in the entry procedures for these islanders who come to carry out shopping tourism “affects all commerce in general and the province of Colón,” said the merchants.

“The national government must act with caution in this type of regulations they want to impose since a decision of this type harms us as a country, by losing these tourists who would look for other destinations to do their shopping and tourism,” they said

In a three-paragraph press release, the SNM said on Wednesday that “the issuance of tourism cards to Cuban citizens was temporarily suspended, because immigration authorities are reviewing entry procedures for tourists to Panama.”

“The tourist visa can be requested at the Panamanian Consulate in Cuba with the requirements and procedures established by the regulation,” added the brief official missive.

The tourism card, with a cost of 20 dollars, could be requested in principle by Cuban citizens who did not have a stamped visa, for a stay of up to 30 days in Panama.

It was created in October 2018 by the government of Varela for citizens of the Caribbean country to carry out shopping tourism in Panama.

To obtain the card it was necessary to present a round-trip ticket to Panama, have a self-employed worker ID card, a certificate of creator(artisan) or have previously traveled to Panama or to a third country.

Cubans who had a valid stamped visa did not need a tourism card to enter Panama, according to Decree 613 of October 22, 2018.

Last March 16, the government of Varela issued Executive Decree 112 that established that Cubans should have a stamped visa to enter Panama, including those who obtained the tourism card and who entered the Central American country with it.

That decree established that those Cubans who had already obtained a stamped visa will be able to obtain it again if they fill out an application form, pay 50 dollars and present their passport, as well as a copy of the previous visa.

Cubans who used a tourism card to enter Panama must also have a stamped visa as established in last March’s decree.

To obtain it, they must pay 50 dollars and meet requirements, including presenting proof of economic solvency not less than 500 dollars and which can be demonstrated by credit card or traveler’s checks, among others.

The government of Panama said that it considers it “necessary” to establish these requirements and stamped visa procedure for Cuban nationals after making “the corresponding assessment” as stated in decree 122.

Previously Cubans had enthusiastically welcomed the Panamanian decision to grant a card to access the Central American country without a visa, which is one of the most sought-after destinations for them to buy products not available on the island.