Even though the First Secretary of the Communist Party of Cuba now makes fewer public appearances than when he was also president of the Councils of State and of Ministers, he still has a lot of power in the Cuban government. 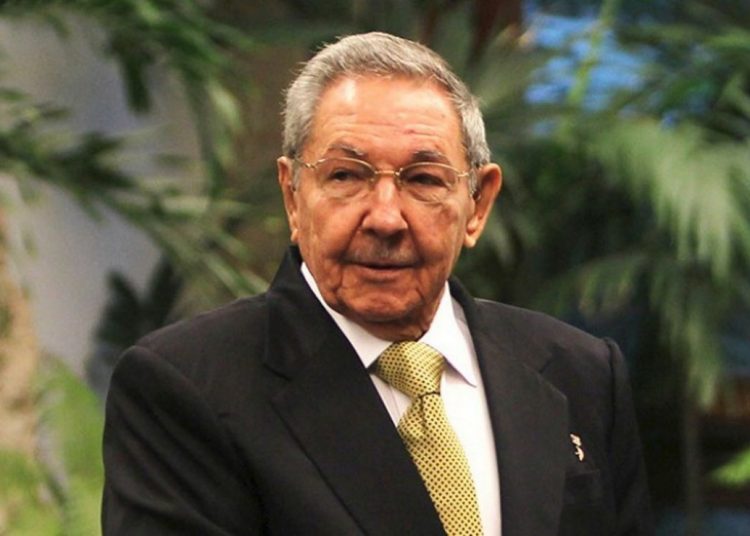 Former Cuban President Raúl Castro turned 88 yesterday, far from the day-to-day of the government but still with the political reins of the country in his hands as leader of the ruling Communist Party.

Castro (Birán, 1931) transferred the presidency to his pupil Miguel Díaz-Canel on April 19 of last year and since then has limited his appearances in public, which were not numerous while he was president, although he has headed ceremonies of national importance such as the enactment of the Constitution in April or the Workers’ Day parade on May 1st.

The Army General has received several congratulations through social networks, including that of his successor, of the Ministry of the Interior or senior executives of state enterprises.

“Congratulations to Army General Raul Castro Ruz. True Cuban revolutionary and patriot. His courage, loyalty, firmness of principles, honesty, modesty, dedication and example inspire us. He taught us at the most difficult time that #SiSePuede (YesYouCan),” wrote Diaz-Canel on Twitter.

The state newspaper Granma, the country’s principal newspaper, also published today an article with the title “No renunciaremos a ninguno de nuestros principios” (We Will Not Give Up Any of Our Principles) in which it compiles quotes from several speeches by the former president made between 2016 and this year, although without mentioning that it is a tribute for his birthday. On the other hand, the Cubadebate portal is more explicit and compiled photos of his last years as president and alongside his brother Fidel Castro.

Other Cuban officials and organizations also joined in this congratulation through the social networks.

Although Raúl Castro left the front line of government a little over a year ago, during his last speech as president he announced that he would continue as the first secretary of the Communist Party until 2021, when it is expected he will transfer the post to Díaz-Canel.

“When I’m not here,” said Raúl Castro, “[Miguel Díaz-Canel] must take over as first secretary. It has been planned like this. “

On that same day, Díaz-Canel said, in his first speech as president, that Castro “will be at the head of the most important decisions for the present and the future of the nation.”

After leaving the Presidency, Raúl Castro’s first task was to lead the constitutional reform that culminated last April with the promulgation of a new Magna Carta without significant political changes but that consolidates the controlled ―and for many still insufficient― economic opening promoted during his decade in power.

He has also received visitors from allied countries such as Venezuela, Russia, China and Vietnam, the last of them the vice president of the Central Committee of the North Korean Workers Party, Ri Su-yong, on May 23.

His last public speech was on April 10, during the promulgation of the new Constitution in the National Assembly of People’s Power, where Castro spoke of the need to “always prepare for the worse variant” of the economy, thus recognizing the financial crisis that the island is facing and that represents the most serious in the last decade.