The government of Cuban President Miguel Díaz-Canel aims to boost the presence of robotics in the island’s educational system, as part of his strategy to computerize and automate Cuban society. 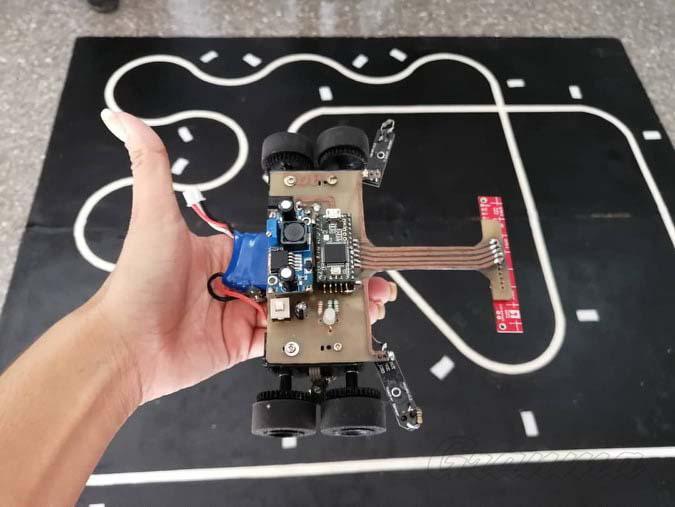 “Palmiche,” a robot developed by students of the Robotics and Mechatronics Group of the José Antonio Echeverría Technological University, in Havana. Photo: Granma / Archive.

Although it sounds like science fiction, robotics could soon reach schools in Cuba. At least, that is the aim of the government of Miguel Díaz-Canel, as part of his strategy to computerize and automate Cuban society.

“Can you imagine how society will change when kids start learning robotics, when people start looking for another type of application to solve common problems?” Díaz-Canel asked during a meeting on the island’s educational program.

At the meeting, which examined a regional study to evaluate the quality of education, “proposals to gradually introduce automatics and robotics at different educational levels” were assessed, the official newspaper Granma noted.

For this, experiences were taken from university centers such as the Enrique José Varona Higher Pedagogical Institute, in Havana, and the universities of Pinar del Río, Oriente, Las Villas and the José Antonio Echeverría Technological, known as the Cujae, also in the Cuban capital.

In addition, it was reported that the Finca de los Monos technology park, newly opened during the celebrations for the half millennium of Havana, “is preparing the first courses to introduce children to the fascinating world of robotics, which will be ready for April during eight weeks,” according to the Granma report, which does not give more details about the proposals for the introduction of robotics in the island’s schools or at what educational levels they would be implemented.

Recently, “Palmiche,” a robot developed by students of the Robotics and Mechatronics Group of the Cujae, won two prizes in the Student Innovation and Robotics Competition held in Santiago, Chile, a milestone in the development of Cuban robotics.

Last December, Fernando Ortega, national director of Educational Technology of the Ministry of Education (MINED), said his ministry is working on the connection of almost 3,500 schools to the telematics network of his ministry, after linking more than 300 centers between municipal departments, pioneer palaces and homes for children without parental protection.

Ortega said then that MINED is “openly committed” to the training of teachers in the modern technological universe, “so that they can acquire digital skills to match the skills of the students.”

In addition, among the priorities of the process of computerization of the Cuban educational system, he cited the development and deployment of computer resources for the computer network and the telematics services of the National Education System.

However, he acknowledged that “currently it is difficult for MINED to acquire tablets, computers and smart classrooms, which could favor the teaching-learning process,” due to problems with financing as well as the difficulties resulting from the U.S. embargo.