Only with a thorough restructuring of the state business sector could fiscal resources be freed to increase wages without generating inflation. 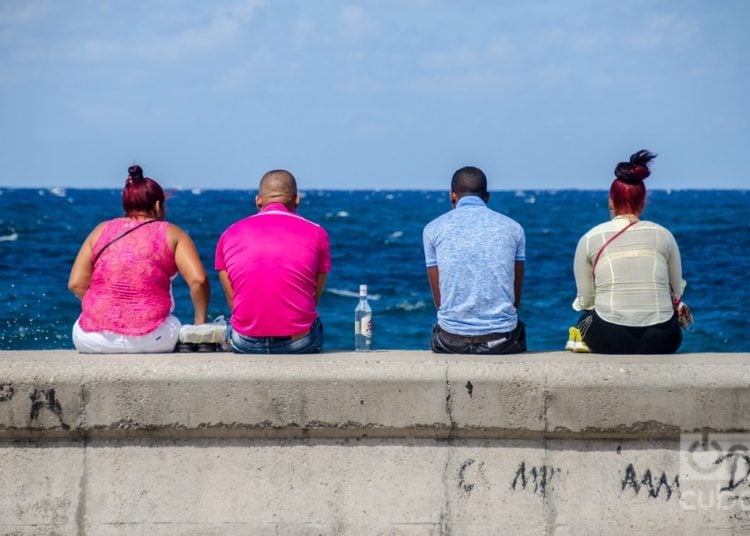 The Cuban government surprised by decreeing a significant increase in wages for half of the workers in the state sector. Anticipating the inflationary effects of such a decision, it also decreed the setting of ceiling prices, including markets that were supposed to operate under the logic of supply and demand.

Both decisions have been well-received by a large part of the population, which perceives that this may ultimately represent an improvement in their income’s purchasing power. Certainly, the officials and professionals responsible for designing and executing public policies and making public services work (education, health, safety, social assistance, culture, sports, housing and defense) had been relegated and weren’t part of the “winners” in the reform process. The average income gap had widened up to ten times less than the average income received in the private and cooperative sector.

Such inequality constitutes one of the sources of resistance to change. The professionals who must implement the transformations see themselves as “relative losers” in the reform process. The government itself has repeatedly called attention to the bureaucracy for holding back the changes. Migration to the private sector or abroad has been decapitalizing the public sector, leaving it with a demotivated workforce that saw experienced professionals and with high levels of education leaving every day. Since its creation the Comptroller General of the Republic has not ceased to identify a proliferation of corruption in the public sector (although still very distant from practices in the rest of Latin America). In the repeated visits to the provinces and in the last Congress of the Central Organization of Cuban Trade Unions (CTC), what President Díaz-Canel was mainly demanded was precisely the increase in the salary level.

The increase in wages responds to all these pressures and seeks to remedy income inequalities that become an obstacle to changes. The president’s popularity, for the moment, has skyrocketed.

The inflationary consequences of the measures and concerns about the way in which the increase in fiscal expenditure can be financed are presented triumphantly in the official media. While in social networks and in the unofficial media, almost unanimously, Cuban economists have expressed concerns and disagreement about this salary increase without productive and financial support, and highlight the negative impact that ceiling prices will progressively have on the functioning of the markets.

The economists’ consensus highlights how ceiling prices, by affecting the functioning of markets and issuing worrying signals to the private and cooperative sector, discourage investments and productive responses that are needed to expand the availability of consumer goods and services, to adapt supply to demand, and to be able to control inflation without resorting to administrative mechanisms that have so often proven inefficient.

There are above all two hypotheses to explain why the government has now decided to move forward with these actions, despite the fact that the fiscal deficit was already at limit values, and despite the fact that now its financial capacity is reduced and little can it do to boost a greater supply of consumer goods and imports to counteract the expansion of demand.

One is simply that the government has succumbed to distributive tensions, that it really thinks it can control inflation with ceiling prices, and that it is poorly advised as to the functioning of markets and the logic of macroeconomic equilibria. Political support in the short term is sought without having much clarity in the second-order economic impacts.

The other hypothesis states that this is only a first action in a package of structural measures that will soon be implemented. This is precisely the main defense that the government itself has expressed in the official media, with a package of 22 measures that will follow the salary increase. Although there is no total clarity on most measures, there are those who think that this is the prelude to monetary unification.

If this were the case, the sequence of actions is not well understood, why start with an increase in wages and have to resort to a harmful ceiling price. The second hypothesis would do the economy good only under the premise that the government’s economic team recognizes the true factors that determine low wages in the state sector, and values ​​the role that small and medium enterprises should have in order to come out of the economy’s stagnation/recession and in the monetary reform.

At this point, it only seems possible to sustain an increase in revenues in the state sector through a structural monetary reform that takes out of the game the proportion of inefficient state enterprises that the State has not wanted to close or merge and remain subsidized with an overvalued exchange rate. Keeping such unproductive enterprises afloat is what erodes state finances, it is the factor that depresses average productivity in the state sector and determines low wages.

Only with a thorough restructuring of the state business sector could fiscal resources be freed to increase wages without generating inflation. This action should be accompanied by a greater liberalization of the private and cooperative sector that can compensate for the elimination of state jobs.

But it may be that the government will really apply the 22 measures, but that these will remain on the margin, that they will repeat recipes that have already failed in the past, that do not go to the root of the problems, but that again try to organize in a different way the same dominance and monopoly of the state sector.

In short, if the government does not implement reforms that guarantee a positive response to the productive supply and restructuring of unproductive state enterprises, the inflationary predictions of economists will be fulfilled and the reduction of distributive tensions will be little or null.

Public sector workers would see how the increase in nominal wages is eaten away gradually by inflation. The businesses that are inserted and take advantage of the increase in prices in the informal markets, and those that best manage to circumvent administrative controls, will be the winners of the salary increase. The economy would end up with equal or more income inequality, with more monetary instability, with more informality, and with some public sector professionals who will continue to gain little from the reforms, angrier and more frustrated by the scarcity and the impacts of inflation.

Rum Santiago de Cuba, to Europe and beyond...