Humor is, from its essence, subversive. Any attempt to tame it will generate mediocre results and, at the same time, new satires about the tamer. 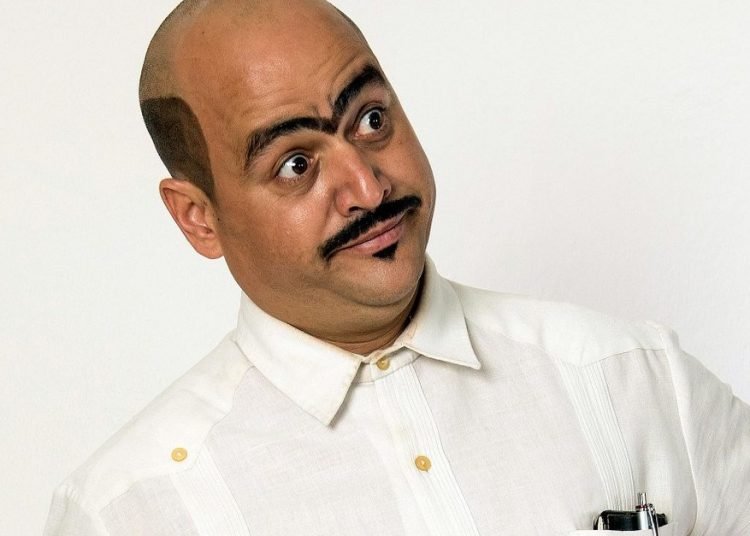 Artists, not even the bad ones, are to blame for the ruling class’ growing loss of credibility, the pulverization of their political capital.

For a long time, leaders were―and at certain levels still are―untouchable beings about whom one couldn’t joke…aloud, much less question what they said or denounce their wrong decisions and their goings-on until other leaders decided it was time.

We are told about the selfless leader, poor thing, who does what others wouldn’t do, who gives everything without expecting anything in return…or almost nothing, which isn’t the same as nothing. It is said that the authorities, because of the comedians, will end up losing people’s respect. That is, it is not because of the bad reputation gained by generations of unskillful leaders who enjoy privileges unthinkable for the ordinary Nicanor, no: it is the fault of the artists, with the comedians in the front row. It is the fault of the people, which are bad and undeserving.

That generalization upsets the good, the honest leaders? And how many people, and for how long, does a crazy decision affect them? How many saw their life shattered, and had to start over―or gave up―because a leader mocked them, described them as traitors, expelled them from their work or study center? To how many does this still happen?

In many countries, satire is fattened by lawyers and psychoanalysts. That does not mean that all lawyers have a heart of stone or each analyst is an improvised man who charges fortunes for repeating the patient’s last sentence in a questioning tone. Nor have so many jokes made these professions rejected and cursed.

In the Keystone movies, Chaplin made fun of the cops all the time. Buster Keaton stars in Cops, a brilliant short film that can be promoted like many things, but hardly as a show of affection towards the forces of law and order. Peter Sellers’ Inspector Clouseau was a lucky fool. In the famous cemetery scene in La muerte de un burócrata, a policeman receives blow after blow, including one on the head. Is that why the police, in the United States, in France or in our country, have suffered so much that they hold the record of suicides or end up being disbanded because of the total loss of their prestige? No. We are not that lucky.

Yes, we should laugh more about the phony, the thief, the person who attacks us…. (I’m not so sure about those who have a lot of money: if they have made money through initiatives and hard work, what’s wrong with that? Another thing is the lack of taste of the nouveaux riches: there’s a lot to say about that.) What worries me here is the instrumentality of the process; in other words, how would that be? By decree? Should comedians dedicate 20% of their time on stage to make fun of those other figures that, undoubtedly, are also negative, in order to have presentations? Or will a task force be created, a brigade of emerging artists who will deal with these subjects, perhaps not very good artists, but yes, very reliable? Will it be mandatory? Who will distribute the subjects and demand strict compliance with the standard? Other leaders, right?

I better not give ideas.

What I’m saying is that artists are basically inspired by and on what they feel like doing. Creation can’t be forced, regulated, fit into rules and percentages. (It would be so helpful if all leaders had to write this phrase a hundred times every day, like when you misbehaved in grade school.)

The public likes to see that their leaders are vulnerable. And they would like it even more if they were, each and every one of them, efficient and honest and accessible. And that, when elected, their capacity has weighed more than a narrowly understood political loyalty. Perhaps then they would be less laughed at and the comedians would stop making jokes about them.

Perhaps then the disturbing social tendency to see the criminal and the phony as role models would be reversed. I leave that problem to the leaders to solve, and to my colleagues to criticize.

An interesting point is the following: who is a pseudo-artist, a pseudo-intellectual? The bad one or the inconvenient one? Moreover, which leader can define who is a bad and who is a good artist?

There are bad artists everywhere, and not infrequently they stand as champions of musical, literary or cinematographic fashion, but experience shows that it is inevitable, there is everything in the arena, even bad painting, naive painting, trash cinema found their place in art history. And, sincerely, what is upsetting, that they are bad artists, or that they mess with the leaders? The clarion calls don’t seem to be against harmless bad artists, but quite the opposite: against them, the more the merrier….

Humor is, from its essence, subversive. Any attempt to tame it will generate mediocre results and, at the same time, new satires about the tamer.

Rum Santiago de Cuba, to Europe and beyond…

Rum Santiago de Cuba, to Europe and beyond...