The law, which was approved in an extraordinary session of the National Assembly of People’s Power last May, appears published along with its regulations with the methodological guide and its implementation schedule. It will come into force 90 days after its publication in the Official Gazette, that is, at the end of October. 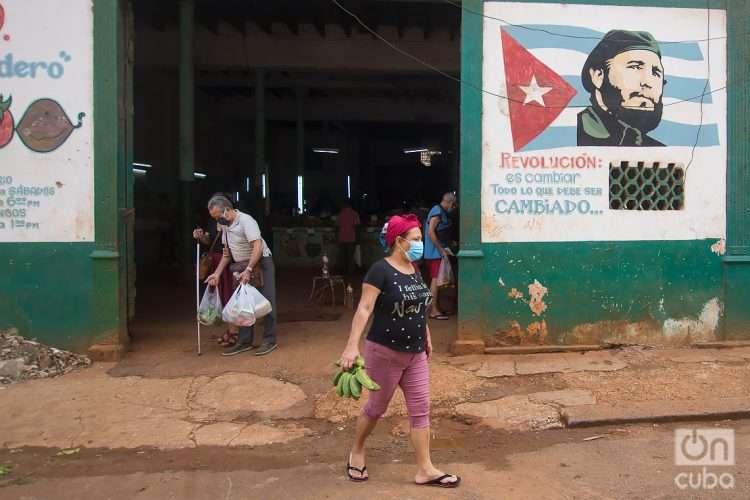 People at the exit of an agricultural market in Havana. Photo: Otmaro Rodríguez/Archive.

The new Law on Food Sovereignty and Food and Nutritional Security (SSAN Law) of Cuba was published this Thursday in the island’s Official Gazette.

The law, which was approved in an extraordinary session of the National Assembly of People’s Power last May, appears published along with its regulations with the methodological guide and its implementation schedule.

The regulation has nine titles, 24 chapters, 101 articles and four final provisions, and will come into force 90 days after its publication in the Official Gazette, that is, at the end of October.

Mayra Cruz Legón, legal director of the Ministry of Agriculture, explained to the press that from now on “a process divided into three stages begins, which includes the dissemination of its content and the training of the actors and organizations involved in it, until its start-up.”

The SSAN Law, the official specified, “establishes the legislative framework with a view to achieving food sovereignty and guaranteeing the right of every person to healthy and adequate food,” according to the Agencia Cubana de Noticias (ACN) news agency.

In addition, “it regulates the organization of local, sovereign and sustainable food systems that articulate the production, marketing and consumption of food.”

Among the novelties of the text, according to Cruz Legón, is the establishment of “a national education system that is based on good eating practices.” Also, “strengthening municipal autonomy, regulating the reduction of food waste losses and promote the practice of sustainable agriculture on agroecological bases.”

With the implementation of this regulation, “the decrease in the import of food, raw materials and supplies” is also foreseen, as well as “guaranteeing the quality and safety of food,” the news agency pointed out.

To “contribute to its compliance,” the dispatch said, “Food Sovereignty and Food and Nutritional Security commissions will be created, which will be directed by the highest government bodies at the different levels (national, provincial and municipal)” and “agricultural producers will be part of it, in search of production chains to take advantage of resources and use them rationally.”

The SSAN Law “was conceived with antecedents of articles 77 and 78 of the Constitution of the Republic on citizen’s right to a healthy diet, the Food Sovereignty and Security Plan and the policies for territorial development present in the 2030 Agenda,” the official abounded.

The issue of food sovereignty has been present in academic and governmental debates in Cuba in recent years, in a context marked by the economic crisis and serious difficulties for food production in the country, which are reflected in the supply deficit and the sustained increase in prices.

In this scenario, the authorities have implemented measures and strategies seeking to increase agricultural production, reduce its dependence on imports and improve the nutritional education of the population, without these plans having achieved the expected results so far.