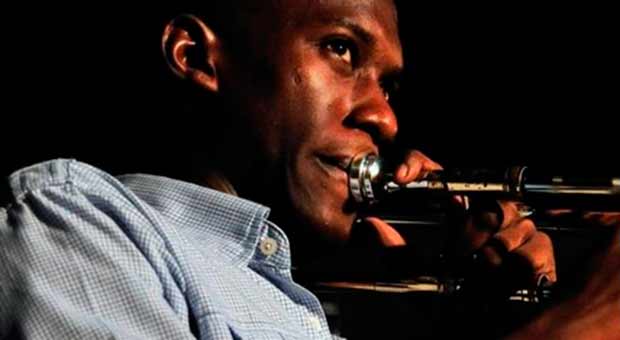 The Polish embassy to Cuba is celebrating a Cultural Festival in the island. The festival has organized theater plays, exhibitions and concerts with the purpose of offering a different view of that European nation blended with the Cuban vision. The recent presentation of jazz versions of musical pieces from the Polish cinemaconfirms it.

The young band Cuban Evolution, in charge of paying homage to the creators of famous Polish music bands, interpreted pieces by Krzysztof Komeda, WojciechKilarandZbigniewPreisner, such as Rosemary’s Baby of the film by the same name directed by Roman Polański.

Cuban Evolution was born four months ago and brings together talented Cuban jazz figures as for instance, Michel Herrera, Rolando Luna, Emir Santacruz, YissiGarcía, RuyAdriánLópez- Nussaand Adel González. They are musicians and directorsof different projects but came together in this band to make music and not only jazz. Their idea is to alternate as their individual projects with other bands allow it. According to its members, it is like a shorter Jazz Band, with a single interpreter per instrument for the purpose of achieving different sounds, harmonic combinations and arrangements with a few instruments.

The polish diplomats to Cuba extolled the performances by Cuban evolution. In this regard, Ambassador MalgorzataGalinska-Tomaszewska noted:

“They have given another version of classic pieces with a touch of jazz. WojciechKilar, for example, in addition to working in soundtracks, has a profile of his own and his work nourishes from mountain folklore from Poland but we hadn’t noticed it is possible to make jazz with it, which is really interesting. It enlivens these songs. We enjoyed them and we are thankfull for that.”
Ambassador WojciechTomaszewski affirmed: “We are thinking on including this concert in the festivities on the occasion of the festival on our national culture and this is the first time we include jazz in these celebrations. We had listened to a Cuban jazz band that also interpreted music by many famous Polish songwriters and it this proposal has caught our attention. The results are excellent. They are young musicians playing together for the second time as a band, as Cuban Evolution, and I think it is really interesting. As embassy we are willing to continue working with them.”

The main arrangements of the songs were carried out by three musicians. Sax player Emir Santacruz explained this was a huge responsibility because they arranged pieces that had already been arranged, so we had to give them a different turn and it was difficult to appreciate them from a different perspective. In his opinion, “we triedto take that good music and use it as inspiration; the fact that we are Cuban will leave our mark in everything we do.”

Similarily, Michel Herrera, also a renowned sax player, stated that “In this case, paying homage to Polishcomposers has been really interesting because we have tried to do it from the perspective of Cuban jazz, always aiming at leaving a personal seal. It has made us study hard in order to be able to maintain the essence of the music and to take it into a personalized style and I think we succeeded. Emir, Yoandry and I have tried to look for a different approach, of course, maintaining our identity and our sonority. As we are part of the young jazz movement, our perspective will always be linked to it. The way each one of us approached the songs was individual, each one of us had the opportunity to express his individual vision.”

Yoandry Argudínas the leader of Ensemble Cuban Evolution and main arranger said: “It was a huge challenge because this music is nice and rich, it is well done, but the opportunity to adjust it to us emerged and that’s our imprint, in the search for the Cuban musical identity. Since the beginning we intended to take jazz as the starting point, which identifies us as a band, that’s why we had several arrangers, to make it more colorful and varied. Belonging to the same generation allows us to feedback from each other and give fresh and balanced impetus to our work from a contemporary perspective.”