Jorge de Armas
in Among numbers, Economy and Business
0 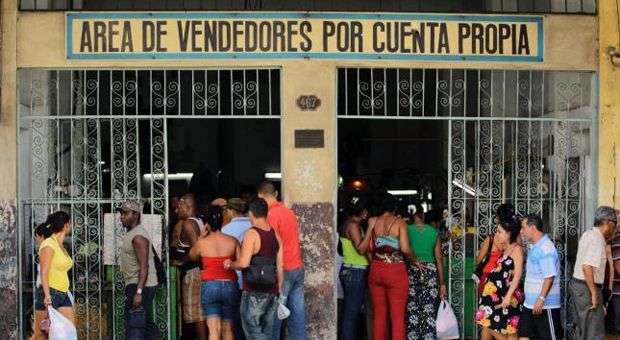 Slowly, ushering in a world to which it belongs and which has been excluded by choice and by external pressures, Cuba advances in the process of economic reforms initiated in 2007 by Raúl Castro. In the past 12 years the island has begun a process of activating the circulation values in its domestic economy with two measures in this point-already irreversible: the stimulation of self-employment and the ability to create non-agricultural cooperatives.

Both have favored the creation of jobs and wealth, and the development and consolidation of a private economy, obedient to capital market regulations and that contributes through taxes to the reorganization of state coffers.

The private sector in Cuba has grown exponentially in recent years. The self-employed now total 436,342 carry out their work in 201 approved kinds of licenses. In turn, the sector of non-agricultural cooperatives sum 452 of such entities, grouped in trade, catering, construction, transport, industry, food, and now the energy and accounting services.

At the macro level, two important measures have been approved: The Foreign Investment Law 118 and Deregulation of the Socialist State Enterprise.

While both have positive impact on the updating of the Cuban enterprise system and have been accepted willingly, both are trailing a musty bureaucracy typical of the era of suspicion.
The Foreign Investment Law grants the discretionary right to Central Bodies of State Administration to approve the new entities, and precludes direct recruitment of workers; State Enterprise while still depends on “other” entity approve both their economic plans as the disposition of their surplus.

This package has boosted Cuban domestic economy. The State, urged to shed the wage bill of an obsolete, unproductive and unnecessary civil service, has in the self-employment source for job creation that relieves and rescue its economy.

In September 2010, Raúl Castro announced that the Cuban government should dispense with half a million workers and subtracting indefinite paternalism on model worker protection. Although this measure was not implemented, it demonstrated state overspending on salaries and allowances that are not reversed in its economy.
No state, not even a socialist one, can add a salary to public spending. It is not a task of the state distributing gifts or also act as business manager; less even in an economy like Cuba´s, which, in addition to lacking sufficient means resents the illegal and extraterritorial embargo imposed by the United States.
Cuba has to have an austere, productive and efficient institutional system, and eliminate filibuster of excessive bureaucracy. “Economics is the art of eliminating wasteful spending” (Seneca dixit).

The measures that favor foreign capital investment must come from the other hand to stimulate the growth of the domestic economy. The circulation of the value generated by the private sector must accompany and be reused in the same process.

The self-employment and non-agricultural cooperatives may not be seen like minor steps. The very impossibility of foreign investment in these sectors, coupled with the unfortunate statements by Cuban Minister of Foreign Trade, Rodrigo Malmierca, show that even in the minds of some Cuban leaders these measures are short-term and of crisis. And that they are not deeply-rooted, structural and fundamental to the development of the country.

The authorization autonomous professional practice is much needed. It is no secret that illegally lawyers charge their clients for defenses, notice or advisory work. Similarly, engineers, designers and programmers work for entrepreneurs, both in Cuba and abroad. There are also private dentists and teachers.

The existence of autonomous work would allow the regulation of self-employment in a single framework. The status of “self-employed” would help eliminate overlapping bureaucracy and legality. It would be an element of service regulation.
Designing a tax system and regulations for this year would put many professionals able to offer their talents and contribute to the country’s coffers. Socially, it will encourage efficiency, since they those with more talent would be hired, plus regulate prices on services.

A mature society cannot abrogate the right to decide on their professional mass. One way to eliminate the brain drain and emigration compulsion is to provide optimum space for professional and personal fulfillment. An Act of Self-Employment governing freelancers in Cuba would provide a means of diversification of services.

Create co-operatives under the euphemism “medium enterprise” , of legal advisory, design, programming and research will allow many professionals that due to the mass enrolment in higher education and the shortage of offers according to their profile they cannot fully exercise, provide their services in a hyper-connected world.
Without giving in to specific areas such as education and health, pillars of the Cuban socialist project, expanding and encouraging highly educated Cuban professionals promote and sell their talent is another way to introduce capital in the internal circulation of the economy. Promoting freedom of contract, by any entity, including the State itself, stands as a real and urgent need.

Cuba has to deepen without fear and suspicion in its economic reforms. Remove gratuities and unnecessary workplaces from public spending, remove unnecessary bureaucracy, promote efficiency in the non- sector and decentralize decision -making are urgent actions. The State is a provider of indivisible public goods, not an employment agency.

As a thriving industry takes in which the features previously reserved for institutions, the rule may be devoted to supporting a country fractured by the inconsistency of their decisions, most previous, but also some current. You cannot understand that encourages foreign investment and then uses it for political purposes, as announced by the Minister Malmierca. It is not possible to authorize self-employment and then autonomous professional practice is prevented.

The future is a network that is constructed in the present, with some past, but eliminating mistakes. What’s done so far brings the country closer to functional models of their environment, but they are insufficient. The Cuban government is facing a major challenge: eliminate suspicions and promote future.