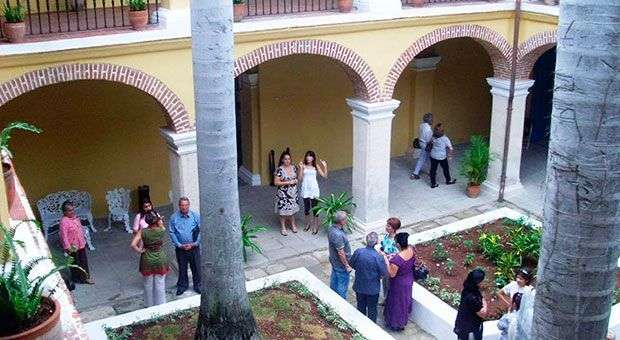 The participants in the festivities on the occasion of the International Museums Day, on May 18, in Old Havana, realized that there was something unusual in this year’s celebrations: though there is a festive atmosphere and a diverse program of activities, its main promoter, City HistorianEusebio Leal, is not present. His presence constitutes, rather than a tradition, a required element for the Cuban audience to be pleased. This time, his health condition prevented him from giving a speech.

However, a cultural program by the slogan “Las coleccionescreanconexiones” (Collections create connections), a proposal by the International Council of Museums (ICOM), is taking place in the city since May 15. This program pays homage to museums, spaces that treasure fragments of the essence and folklore of the country.

The event was inaugurated on Friday afternoon at the Museums of Colonial Art and La Casa de la Obrapia, with a speech by LesbiaMaría Méndez, Director of Patrimony of the City Historian’s Office, who asked Leal to focus “all his strength and his vocation of restorer to recover his health”.

On the Museums of Colonial Art and La Casa de la Obrapia, Mendez referred to a rehabilitation process, which was carried out based on previous researches. Besides, he explained that the reopening contributed with “enriching existing collections”.

In the specific case of the Museums of Colonial Art, curator Teresa Bilbao noted that they had been working “for four years approximately and they gradually added new German china, textiles and other pieces of architectonic elements”.

Both centers became part of the City historian’s Office and remained opened after their usual open hours for free, in order to celebrate the Night of Museums, last Saturday. Thus, its visitors were able to discover these museums, almost in the dark, in a different way.

Last year, Eusebio dedicated this Night to the Cuban National Hero, Jose Marti, given that he died on combat on May 19. At the same time, he talked about the importance of visiting museums “by candlelight”, because many workers cannot visit them in different hours.

On Sunday, May 18, the entrance was free. The program of activities, including lectures and exhibits, will last until May 20 so as to honor these places which preserve a considerable part of the Cuban patrimony, whether tangible or intangible, as championed by Leal.

By Carolina Rodríguez and Daniel Castellanos