by Graham Sowa
in Health in Cuba
0 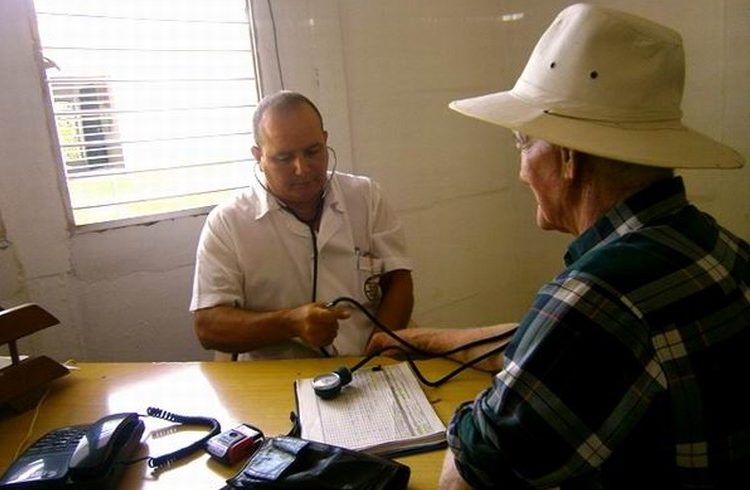 “Stop looking so nervous, you all are here for the same thing”.  Just like that my attending physician told three men they all had venereal disease.  Their uneasy glances between one another became a short bout of raucous laughter.

The culture surrounding themes of professional rapport, patient dignity and respect for privacy in the Cuban healthcare setting differ fundamentally from what is often expected in the United States.

You can begin to see these differences in Cuban lifestyle.  Neighbors overhear each other´s conversations, multiple generations (sometimes of different families) live under the same roof, severely crowded public transportation means we start our day shoulder to shoulder with complete strangers.

Where I grew up in Grapevine, Texas the idea that “good fences make good neighbors” established a definition of privacy that we extended to our transportation (almost everyone has their own car); and even to the workplace where we set up cubicle dividers so no one can see that we are playing solitaire.

Not surprisingly this desire for privacy extends into our medical system where things like curtains, private inpatient rooms, and hands-off physical examinations have become the norm.

While in the United States we might be curious as to what the person in the next room is admitted for we probably wouldn´t ask.  And a doctor definitely wouldn´t tell.

Cuba, a society that has little use for puritan notions of privacy and insufficient funds to put patients into their own private rooms, instead fosters patient-patient relationships.

When I walk into a hospital room I see all three of my patients the moment I step into the door.  I can greet everyone collectively and usually I ask how everyone is feeling.  “Pretty tired”, one patient might respond.

“Oh, did your fever come back overnight”?, I´ll ask trying to fish for clinical knowledge.

“No, Mr. Gonzalez (in the next bed over ) snoring sounds like a dump truck with a bad muffler”.

In the United States I might have had to indicate an expensive sleep study to begin working up sleep apnea for Mr. Gonzalez and his snoring.  Here I just ask the roommate if during the night Mr. Gonzalez seems to forget to breathe between his horrendously loud snoring.

“Has radiology come by to take Mrs. Hernandez for her scans today”?  I can ask this question generally to anyone in the room and they will be able to give me an answer without me having to bother the nurse for the medical chart.

Out of earshot of the doctors and nurses the patients gossip and talk amongst themselves.

Perhaps you are feeling nervous before a colonoscopy.  One of your roommates has probably had one, or an aunt or uncle who has.  And they will almost always sugar coat the story so it sounds like a walk in the park.  After talking with so many people by the time I sit down to review the procedure with the patient they are usually telling me more about it than I am telling them.

Those moments of particularly bad news, such as a diagnosis of cancer metastasis, is almost never related directly to the patient.  Instead we call the family members aside and consult with them how, and if, the patient should be informed.

While by United States standards this is an egregious violation of patient privacy and rights within Cuban culture it is accepted medical practice.   Family members decide weather a patient can handle the bad news, and the moment to tell them.

Of course there are patients who don´t like the lack of privacy in the Cuban system.  They will complain about it openly, especially after being interrupted for the umpteenth time while trying to consult with the doctor.

Patient privacy is a balancing act between individual expectations and the prevailing medical culture.

When nurtured correctly I´ve seen patient-patient relationships in Cuba offer lessons for how to help sick people find support and empathy amongst themselves.

Those three patients with venereal disease who got their diagnosis together came into the consultation room fighting over who was next in line.  When they left they were talking about their treatment, relationship problems, and commenting on how lucky they were to have a doctor who knew how to talk to people.