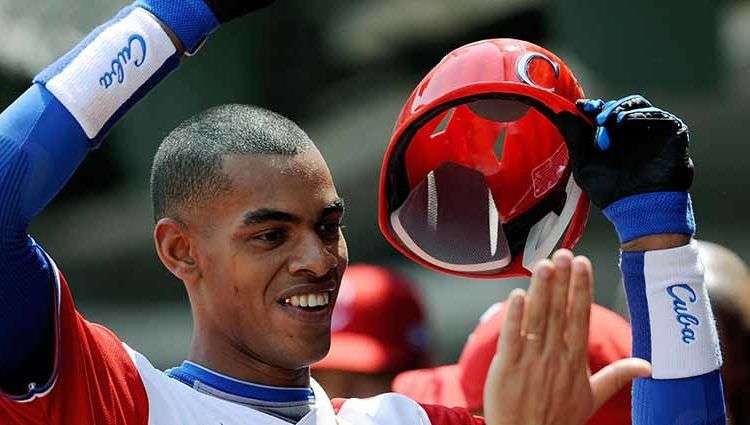 A few hours ago Hector Olivera became a Dodger, another Cuban who will wear the jersey of the legendary franchise in Los Angeles in the next MLB season. According to MLB.com, Olivera has reached an agreement with the Californian organization for an amount of US $ 62.5 million for six seasons.

It seems that the Dodgers want to gain the services of any Cuban who wants to reach MLB. Now, Olivera will join several countrymen already active in the franchise. We are talking about Yasiel Puig, one of the stars of the team, as well as Erisbel Arruebarruena, Alexander Guerrero, Yasmany Grandal and Pablo Millán Fernández, pitcher recently signed for US $ 8 million.

With Héctor Olivera´s contract, the dance of the millions for Cubans continues on MLB. By way of rankings, this figure ranks fourth historically, only being surpassed by the $ 72.5 million of Rusney Castillo with Boston, the $ 68.5 million that Pito Abreu received from the White Sox and the $ 68 million Arizona paid for Yasmany Tomas.

In his showcases in the Dominican Republic last month in front of scouts from the vast majority of major league organizations, Olivera impressed above all things by his athletic shape despite his height, besides showing that he has power in his wrists plus speed of his legs to run the bases.

Several experts also point out that the player is able not only to play at second base (his natural position), but could also do it with the same quality as third baseman.

The only uncertainty surrounding Olivera is his physical condition, because although now he is optimal according to rigorous tests conducted before affixing his signature to the millionaire contract, in his last seasons in Cuba he suffered a fierce harassment, he even lost a couple of seasons and left the national team roster.

In his 10 seasons in the National Series, Olivera had a lifetime average of .323, OBP of 407 and slugging of 505. With the national team he became Olympic runner up in Beijing 2008.