83 patients were discharged yesterday. There were no deaths. 23 people remained in intensive care. 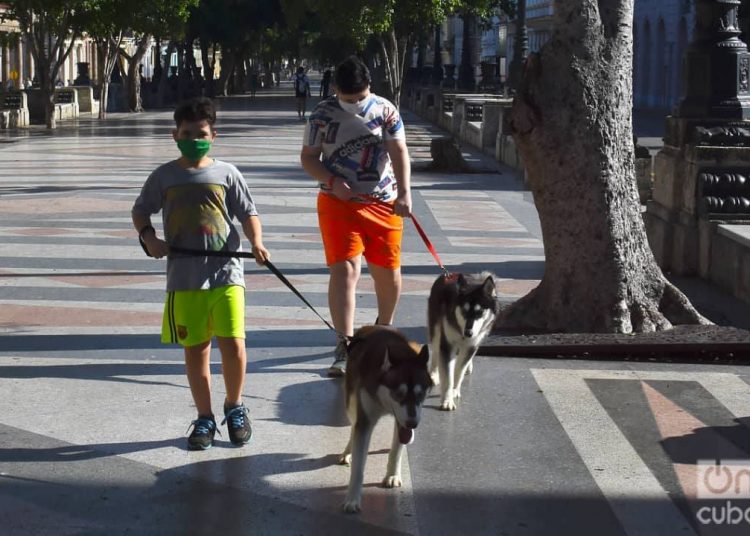 There were 1,456 patients in hospitals under surveillance until midnight yesterday, a day in which confirmed active cases rose to 626. Photo: Otmaro Rodríguez.

Cuba adds 32 new contagions with the SARS-CoV-2 virus after carrying out 6,007 tests throughout the country, the highest number of samples analyzed so far on the island, according to information provided by Dr. Francisco Durán.

All are Cuban; a person who was abroad is the only imported case, which is added to the Mayabeque records, where his residence is located (Santa Cruz del Norte). The remaining 31 new contagions were autochthonous.

24 were contacts of confirmed cases and in seven the source of infection is not specified, according to the report issued today by the Ministry of Public Health (MINSAP).

18 women and 14 men; 14 were asymptomatic at the time of diagnosis.

“In the last 15 days, 61.8% of the contagions have been asymptomatic,” said Durán to underline this data, essential in the transmission of COVID-19.

The regions from which the new contagions were reported continue in this order: Havana, with 20 cases; Ciego de Ávila, with four; Matanzas and Artemisas, with three, and Mayabeque with two, one of them is the imported case.

By age group, the most affected are those between 20 and 39 years old, with 11 cases; the same number for individuals between 40 and 60. Meanwhile, in those under 20 and over 60 years there were five each.

83 patients were discharged yesterday. There were no deaths. 23 people remained in intensive care: 5 in critical condition and 18 are seriously ill.

There were 1,456 patients in hospitals under surveillance until midnight yesterday, a day in which confirmed active cases rose to 626.

With yesterday’s 6,007 tests, Cuba has processed a total of 426,280 samples in search of the new coronavirus since the pandemic began. 4,298 have been positive.