The Ministry of Public Health reported 11 new cases of coronavirus this Sunday, thus the total number of contagions amounts to 4,309. The authorities also confirmed the death of one person and 20 discharges. 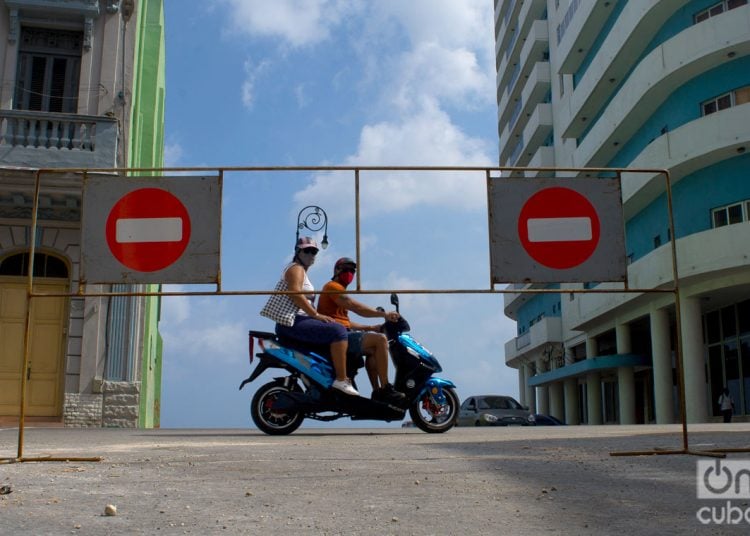 The Cuban capital remains with restrictions to try to stop the increase and spread of coronavirus cases. Photo: Otmaro Rodríguez

The Ministry of Public Health of Cuba (MINSAP) this Sunday reported 11 contagions from the new coronavirus―the lowest number of confirmed daily cases on the island since July 30―, thus the number of confirmed cases on the island amounted to 4,309, while one death was reported (101 to date) and 20 medical discharges at the end of Saturday, September 5.

Dr. Francisco Durán, director of epidemiology of the MINSAP, specified in a press conference that there are three people in critical condition and the number of seriously ill decreased to 13, after five patients improved. The remaining 600 active cases have a stable clinical evolution.

The MINSAP report specifies that a total of 1,573 patients have been hospitalized and there are 936 suspects, while another 24 people are under surveillance.

Of the new positive cases, eight are contacts of already confirmed cases (there have been 3,840 since the pandemic began in Cuba, 89.1%), the source of infection of two is being investigated, and one comes from abroad.

On the other hand, seven of Saturday’s cases were asymptomatic. According to the daily reports of the MINSAP, 58.6% of all those infected on the island have not presented symptoms, an indicator that increases to 61.4%, taking only the positive cases of the last 15 days as a reference. The authorities started providing this information on April 9.

By age group, the most affected is the one from 20-39 years old, with five cases, followed by those under 20 years of age, with four (so far, 458 positive cases have been detected in pediatric patients, of which 84.7% has recovered). Meanwhile, one case over 60 years and another in the 40-60 age group was reported.

Divided by provinces, Havana added a total of five cases this Saturday; Ciego de Ávila, four; Artemisa and Camagüey, one each, although that of Camagüey is imported.

As an encouraging data, 20 medical discharges were given this Saturday, for a total of 3,590, although the death of a 56-year-old person was reported, hospitalized since August 22 due to contact with a confirmed case. The patient remained in intensive care for six days, but presented complications and hemodynamic instability that led to his death, despite the efforts of the health personnel.

According to official sources, 432,040 diagnostic tests (PCR) have already been carried out on the island. In recent days the number of tests has increased, and this Saturday 5,760 samples were processed, slightly lower than the previous day’s record of 6,007. The authorities’ plan is to surpass the 7,000 tests in the future days.

Despite the fact that the numbers of contagions have had a slight downward trend in recent days, Dr. Francisco Durán insisted that there are still risks of transmission, which is why security measures must be maximized.