A note about the enemy and how to deal with him

in Politics in Cuba
0 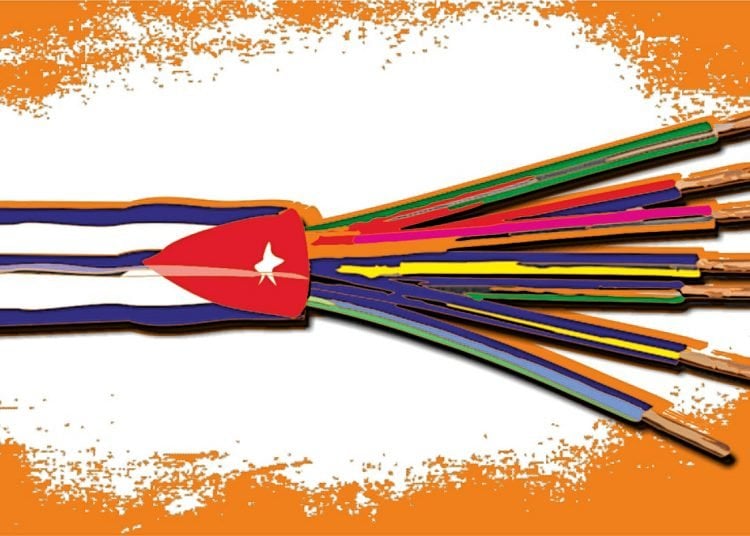 The enemy exists, but defining it is a more complex process than is supposed. There are also several ways to deal with it. Many of them are incompatible with each other, have different consequences and in different ways compromise the ethics that confronts it.

First things first: what is the enemy? A fatal way of defining it is one that reduces the entire logic of politics to antagonism between “friends and enemies.”

“Friend-enemy”: the enemy is democracy itself

As of the 1920s, the emergence of mass democracy prompted a discussion about the phenomenon of increasingly “impure” politics. The scenario was that of sectors that sought space and power in the face of their former social “superiors” and “directors.”

La Rebelión de las masas (The Rebellion of the Masses), by José Ortega y Gasset; the political theory of the elites―Mosca, Pareto, Michels―and the theses of Carl Schmitt were conservative responses to the challenge of mass democracy and the demands and possibilities that it opened “from below.”

As a whole, they proposed methodological schemes for the sociological understanding of politics that are used to this day, while, in their context, they were critical ideas against liberalism, democracy, parliament and parties.

In this way, Carl Schmitt defended the supremacy of politics over any other dimension of social life. The foundation of the policy was in the power to make decisions, and to define the enemy until having the capacity to annihilate him.

His logic, known as “friend/enemy,” understood politics as war. War was the prism for understanding the notions of sovereign people, conflict resolution, the will and containment of power, the space of the adversary, the ethics of citizenship, the structure of social life, and the constitutional and institutional dimensions.

This vision is anti-pluralist: it does not recognize space for class inequalities or other forms of social differentiation and supports the doctrine of “everything within the state, nothing outside the state,” in the words of Benito Mussolini. Politics does not find a middle ground between war and peace and only faces external and internal enemies.1

That idea is not a lonely or archaic thesis.

Cuban jurist Harold Bertot has explained how “German jurists and prominent academics and university professors of criminal and criminological sciences,” committed to the Nazi regime, lent support to ideas similar to those of Schmitt.

Variants of the friend/enemy logic have been used by the Catholic Church, Stalinism, and by extremist versions of Islam. In the 1990s, the idea of ​​“Enemy Criminal Law” defended the reduction of the procedural guarantees of the accused and the possibility of sanctioning conduct without direct connection to the damage of a legal asset.

Following the friend/enemy line compromises all ethics of justice, no matter how real and dangerous the enemy that is faced. The enemies, however, exist. And there are also democratic ways to identify and treat them.

The position of Spanish professor Gregorio Peces-Barba is interesting in this regard. In disagreement with the vision that presents the Islamic tradition as a “culture of the substantial enemy,” he based the defense of human rights based on the Koran and found in it pluralistic visions and “many hopeful lines of democratic and liberal culture.”

For Italian Marxist Antonio Gramsci, a contemporary of Schmitt, politics, culture, social action, economics, ethics, and law are not isolated spheres. Politics crosses them, but does not subject them to their single dimension. The elaboration of hegemony and the critique of “state rule” were the foundations of its conception.

The Peces-Barba and Gramci ideas differ from each other, but both reject Schmitt’s logic.

The intransigence of José Martí

José Martí is an archetypal case of democratic responses on the question of the enemy. The Apostle had enemies: colonialism, imperialism, slavery, castes, despotism, racism; the expansion, expropriation and injustice characteristic of capitalism; the lack of rights and freedoms, inequality, discrimination and a long etcetera.

Martí considered them enemies for clear reasons: he considered that they were opposed to the self-determination of peoples and nations, because they were contrary to the culture of dignity, the morality of freedom, the ethics of justice, the value of democracy, republican virtue.

At the same time, Martí’s work contains abundant use of expressions about the “republican balance,” of the “conciliation,” the “moderation” and the patriotic “cordiality,” of the “commitment” between social actors―in his critique of the power of the factions—, among other fundamental aspects that identify the enemy, but do not accept the idea of ​​”friend vs. enemy.”

Martí was intransigent regarding the compromises between the colony and the republic, as well as regarding U.S. imperialism. With similar intransigence, he defended, according to Paul Estrade, the “balance” based on respect and mutual recognition of social groups. He did so at the same time that he postulated the expressly popular character of his Republic.

It is not a contradiction: it was his democratic duty regarding pluralism and equity, as well as his renunciation of the cult of money. For this reason, he did not promise reward for friends or revenge against enemies, he demanded the defense of respect for the thinking of his adversaries and conceived war itself as “republican methods.”

The democratic understanding of the enemy is not a “naive” vision of a suicidal vocation, incapable of recognizing the danger in front of it. Gramsci and Martí, who literally died at the hands of their enemies, knew this. The enemy exists, but its mere presence does not give a democratic character to those who face it.

It is necessary to demand that democracy defend itself against its enemies, and also that it confront them democratically.

Cuba, as a nation, has enemies. They are similar to those that Martí had. Some are very powerful, such as U.S. imperial politics and underdevelopment’s history of dependence. Identifying and confronting them is crucial, as well as identifying their agendas, political repertoires and the way in which they condition national development.

However, treating critical actors with national social agendas―otherwise diverse, and sometimes parallel or contrary to each other―as enemies has nothing to do with the defense of national sovereignty or with socialism or with the expansion of democracy.

Recognizing the legitimacy of the conflict is the starting point for democratic thought and practice. Democratic extensions do not exist apart from collective action on social conflicts.

Democracy―as Geoff Eley has argued― “is neither given nor granted. It requires conflict, namely: courageous challenges to authority, risks and bold exemplary acts, ethical proof, violent confrontations, and general crises in which the given socio-political order collapses. [Democracy] advanced because masses of people organized collectively to demand it.”

Calling the Aedes aegypti mosquito an “enemy” may contain some truth, but it is rhetorical inertia. Labeling Cuban social sectors as enemies―be they areas of critical political thought or action or simply groups of people who stand in lines to later sell their places (coleros)―contains something very dangerous.

Defining the enemy is not distributing a label in bulk among everything that is deemed “uncomfortable.” Attributing that term is a political exercise that involves the character and quality of the political ethics of what is defended and the size of the consensus and the inclusion that is promoted.

The defense of pluralism, the condemnation of inequality and discrimination, the promotion of citizenship as an egalitarian ideal, the commitment to human dignity and just right is a commitment to democracy, which includes respect for the “conflictive,” a fair definition of the enemy and a fair way of dealing with him.

Martí’s ethics of coexistence between free and equal is the horizon.

1 Giorgio Agamben, part of a sector of the academic left, has recovered Schmitt to explain problems of contemporary democracy. An article like this can do without discussing his approach.